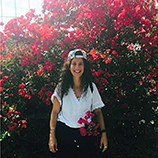 Sophie Bouccara is a postdoctoral fellow at the Weizmann Institute of Science in Israel in the group of Prof. Ofer Yizhar. She received her PhD in physics for developing an imaging system coupled to biological probes that allows to track and visualize single cells in mice bloodstream. For her postdoc, she changed her research field and moved to neuroscience. She is interested in understanding the consequences of social isolation at two levels: physiologically and behaviorally on both male and female mice. *sophie.bouccara@gmail.com

Ofer Yizhar is a professor of neurobiology at the Weizmann Institute of Science in Israel. He received his PhD from the Tel Aviv University and then continued to do a postdoctoral fellowship in bioengineering at Stanford University in the USA. He then established his own research group at the Weizmann Institute in 2011. The Yizhar lab develops new techniques for studying the brain, and uses these techniques to understand the brain circuits involved in memory, decision making and social behavior.

I am a 8th grader. I enjoy reading about science, geography, history and political sciences. I am passionate about bringing solution to problems related to human health. 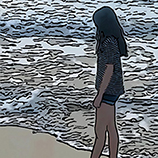 Hi, I am Gili. I am in ninth grade. I am very interested in science and math. I like reading, playing the violin and piano, hiking with my family and doing sports like ball games and running. 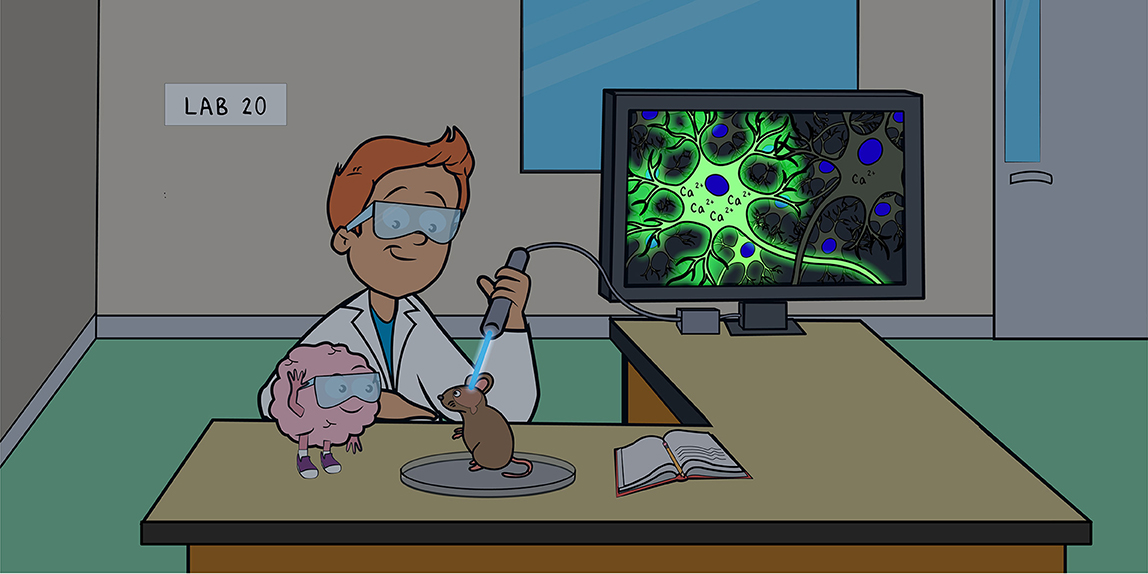 Neurons are brain cells that can represent and store information, and they help our bodies to respond to events happening around us. How is information represented, processed and stored by neurons? Which neurons are activated while we perform a specific behavior? These are fundamental scientific questions. One important experimental approach to answering these questions is to record the activity of neurons inside the brain. In 2001, scientists developed an approach that uses light and a fascinating protein that becomes brightly fluorescent when neurons are active. This engineered protein, called GCaMP, responds to the amount of calcium inside the neurons considering that once a neuron is active, calcium inside it increases. GCaMP is now commonly used in laboratories all over the world to study neurons activity. In this article, we explain how this tool works and what makes it so useful for studying the brain.

Calcium Flows Into Neurons When They Are Activated

What Is Green Fluorescent Protein?

Can the calcium concentration inside a neuron be measured to track the activity of that neuron? To understand how we can visualize neuronal activity, we need to discuss an important concept: fluorescence. We also need to learn about a very special fluorescent protein. Fluorescence [2] is a physical phenomenon that happens when a molecule absorbs light of a specific color and then almost instantly emits light of a different color. Fluorescent molecules absorb and emit various colors depending on their composition and structure. The shapes of the fluorescent molecules are crucial to permit light absorption and light emission.

The biological world is full of proteins. Proteins are large molecules that are made by cells to perform specific functions. Cells use proteins for muscle contraction, for protection against infections, and for transporting substances around the cell and across the membrane. For example, the calcium gates are also proteins, and their function is to open or close depending on the membrane potential. The function of some proteins is fluorescence. One of the most famous fluorescent proteins is the green fluorescent protein (GFP). GFP was initially discovered inside a jellyfish (Figure 2A). While investigating the origin of the green light coming from this jellyfish, scientists discovered GFP [3–5]. GFP absorbs blue or violet light and emits green light (Figure 2B). Following the discovery of GFP, many scientists have worked together to understand GFP’s chemical structure as well as the genetic code that allows jellyfish to produce it.

The genetic code of a protein is the “recipe” that cells use to produce that protein. Once the structure and the genetic code of the GFP protein were established, scientists modified the code so that GFP could be produced in the cells of other organisms, to help researchers understand and visualize various processes occurring inside cells. When a cell produces GFP it becomes fluorescent, meaning it emits green light when illuminated with blue light, which allows it to be detected under a fluorescence microscope. The discovery of GFP has led to a major revolution in the field of biology and the three scientists involved in the discovery of GFP were awarded the Nobel Prize in Chemistry in 20081. Today, scientists can use GFP to make neurons fluorescent, making them clearly visible under the microscope (Figure 2C). But how can we use GFP and calcium levels as tools to read out the activity of neurons?

So far, you have learned that when a neuron is active, there is an increase in calcium inside the neuron. You have also discovered that some proteins, such as GFP, can be produced in neurons, making them fluorescent. Now we will explore how an engineered protein called GCaMP uses calcium and fluorescence to visualize neuronal activity.

In creating GCaMP, the goal was to make a protein that is switched on by increased calcium inside the neuron, so that fluorescence is switched on when the neuron is activated and switched off when the neuron is in its resting state. To do this, three components were necessary: one that can sense the amount of calcium in the neuron, one that produces light, and one that switches the system on or off, depending on the amount of calcium. With these three components, scientists created a molecule that becomes fluorescent only when calcium binds to it.

To do this, scientists developed a new type of GFP that can change its shape, called cp-GFP, where “cp” stands for circular permutation. The process of circular permutation causes a protein to change its shape under specific conditions, in this case, in response to calcium. The shape change in cp-GFP occurs thanks to two other parts that are linked to the cp-GFP in very precise positions: unit 1 and unit 2. The whole protein complex is called GCaMP (Figure 3A). When calcium is not present, unit 1 and unit 2 are located far apart. The distance between unit 1 and unit 2 prevents cp-GFPs from being fluorescent. However, when calcium binds to unit 2, unit 1 suddenly gets closer to unit 2, changing the shape of cp-GFP slightly, so that it becomes fluorescent [6] (Figure 3B). The neurons of animals such as mice can be designed to produce GCaMP (Figure 3C), allowing scientists to visualize brain cell activity (Figure 3D and Video 1).

Why Is This Tool Important?

Memory is a fascinating process and many efforts have been made to understand how the brain represents, processes, and stores information. Watching the activity of a group of neurons over time can be really useful for understanding how their activity changes when learning occurs, or how neurons malfunction in brain-related diseases. For example, in one of our studies, we investigated how different population of neurons responded when a mouse was learning a specific task. We identified specific activity patterns in neurons located in a part of the brain called the prefrontal cortex. This information helped us to have a better understanding of the role of the prefrontal cortex in learning.

Since the introduction of GCaMP in 2001, scientists have worked hard to improve this calcium-sensor protein, making it brighter, more sensitive, and more powerful. The creation of GCaMP has also contributed to development of high-performance fluorescence microscopes that can efficiently visualize neurons that produce GCaMP. In summary, GCaMP is a very powerful tool that is commonly used in laboratories throughout the world. This tool has led to a revolution in the ability of scientists to “listen in” on the activities of the brain.

This work was supported by the European Research Council (CoG 819496, PrefrontalMap).

Neurons: ↑ Brain cells that communicate with each other using electrical signals and can transmit information.

Neurotransmitters: ↑ Chemical molecules that allow neurons to transmit information to their neighbors’ neurons.

Action Potential: ↑ An electrical signal that occurs in an active neuron.

Membrane Potential: ↑ Difference in the number of electrical charges between the inside and outside of the cell.

Fluorescence: ↑ A phenomenon that occurs when a molecule absorbs light of a certain color and emits light of a different color.

GCaMP: ↑ An engineered protein that is based on GFP and has been engineered to emit green light only when it is bound to calcium.

Circular Permutation: ↑ Shape change of a molecule under specific conditions.