We seek to connect curious minds to the experts and information that will motivate them to ask informed and critical questions about real science throughout their lives. By working directly with scientists, we ensure that our content is of the highest quality. By working directly with kids, we help foster curiosity both in and out of the classroom and engage the next generation of citizens and scientists.

What do we do?

Frontiers for Young Minds believes that the best way to make cutting-edge science discoveries available to younger audiences is to enable young people and scientists to work together to create articles that are both accurate and exciting.
That is why distinguished scientists are invited to write about their cutting-edge discoveries in a language that is accessible for young readers, and it is then up to the kids themselves – with the help of a science mentor – to provide feedback and explain to the authors how to best improve the articles before publication.

As a result, Frontiers for Young Minds provides a collection of freely available scientific articles by distinguished scientists that are shaped for younger audiences by the input of their own young peers. Even before the publication of our first 50 articles, the quality of Frontiers for Young Minds was recognized as one of the American Library Association’s 2014 Great Websites for Kids.

Named a Great Website for Kids by the American Library Association

How does it work?

Our editorial board identifies recent discoveries. These can be articles published by any publisher.

The scientists behind the original research write an article that translates the discovery into terms accessible to the kids and teens. This new article is then submitted to Frontiers for Young Minds.

The Associate Editor assigns the manuscript to a Young Mind / Science Mentor pair, who produces a review report. The author must respond to this feedback point by point.

Once the review process is completed, the article is validated by the Associate Editor.

The finished article is published and made freely available on our website alongside the reviewers’ names.

Educators from all around the world are free to create activities with their kids and teens based on the articles published.

What can you find?

We publish articles that are either about new research on the cutting edge (New Discovery) or explain a key idea that is fundamental for understanding a scientific field (Core Concept). We are still expanding into new subject areas, but you can find articles in the following areas right now:

Who can get involved?

Kids and teens between the ages of 8-15 work with their classrooms or friends to provide feedback to the authors about how to make the best-possible articles for readers their own age, with the help of their Science Mentor.

Young (or young at heart) researchers with experience in science outreach or in the peer review process introduce their Young Reviewers to the idea of a life in science, the basics of science publishing, and encourage them to provide the authors with an honest and constructive review.

Recognized experts who build teams of Associate Editors, provide an initial check on all new submissions, and make sure that each manuscript ends up in the right hands.

Experienced researchers who build teams of Science Mentors, oversee the review process to make sure all of the Young Reviewer feedback is put into place, and keep an eye out for new discoveries that would be interesting or important for young readers.

Publishers, journals, and research societies who support the Frontiers for Young Minds mission and suggest recent articles from their publications to be turned into Young Minds versions. 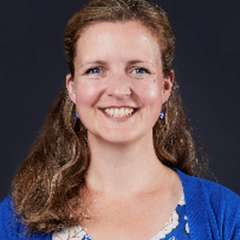 Laura is a publishing dinosaur, having worked in different publishing companies for 15+ years, and has led journal Programs at Frontiers since joining in March 2016. She’s very excited to have joined the Young Minds team in 2021, to help to bring this unique and wonderful journal to more and more people all over the world. Laura has a small daughter, who inspires her to work with kids’ resources, and who shares her passionate love of rabbits! In the past, Laura did a lot of acting, and she loves to perform, and read stories aloud. She’s also an enthusiastic traveller and mountain hiker – Switzerland, where she lives now, is one of her favourite places ever. 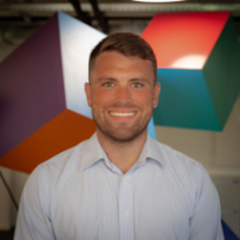 Mention food, dogs, sports or travel to Will and you shall not be disappointed with the subsequent conversation! After spending much of his formative years attached to the apron strings of his Dad, travelling and playing sports Will graduated with an Master of Medical Science in Human Nutrition and was immediately involved in food through cookery book publishing. This venture ensured Will was captivated by the publishing world and he then decided to combine this with his scientific background and join the Frontiers family in August 2018. After a year working within one of our sister journals, Frontiers in Physiology, he is now thrilled to continue helping to make science truly open to all through Frontiers for Young Minds. 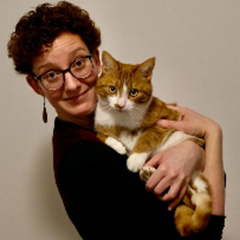 Hedwig overcame her fear of creepy-crawlies during her Biology studies. She now thinks insects, and especially parasitic wasps, are among the most amazing creatures on Earth. Hedwig has shortly worked as a scientist before she realized she’d rather spread existing science stories than help discovering new ones. She is now exploring the different media she can use for it: classic storytelling, writing, improvisation theater, and perhaps even music. Applying this passion of sharing stories to a professional career has led her to Frontiers for Young Minds. In this team, Hedwig enthusiastically contributes towards making science truly open and accessible for all. 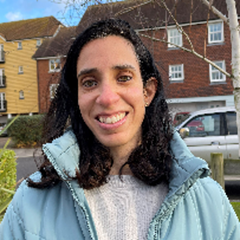 Ayelet is originally from Israel, but now lives in a small beautiful country village in the UK. Ayelet completed her bachelor's in Tel Aviv University. Her Masters, followed by her PhD, were at the Weizmann Institute of Science, Israel. There she studied rare brain diseases called lysosomal storage disorders. In her long journey in the academy, spending almost ten years at the Weizmann Institute of Science, she met people from all over the world and was exposed to research at its highest levels. She is now happy to combine scientific research with kids education, delivering high quality open access content, accessible to all, and especially to her home country, Israel. 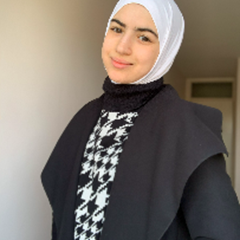 Noor lived between two bilingual environments her whole life. Between Libya and England, young Noor was always acquiring new knowledge in both Arabic and English, which made her see the true beauty of languages and translation from an early age. She was always fascinated by the idea of how people can express themselves in different languages. After finishing her degree in Linguistics, Noor started sharing her linguistic knowledge with the world by translating and interpreting, along with her passion of teaching languages to young speakers. The gratification of delivering information to young people has always been her strongest motivation, that’s why she is contributing to truly making science available in many languages, and to everyone. 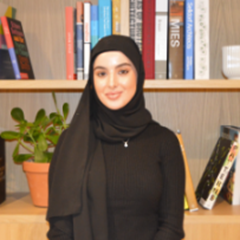 From a young age Hajer has always been fueled by curiosity, constantly asking the question “why?” Her growing curiosity led her to be fascinated by the brain and all its glory. As a result she pursued a Masters in Neuroscience with particular interest in neurogenesis. Shortly after graduation, Hajer joined as a journal specialist working in the Stem Cell Research section at Frontiers in Cell and Developmental Biology. She is now ecstatic to take part in contributing to Frontiers for Young Minds! Outside of Frontiers, Hajer enjoys all things related to nature especially hiking adventures, travelling to scenic places and trying foods from all over the world. 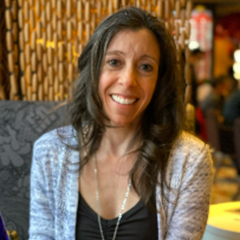 Susan has been an editor for Frontiers for Young Minds since 2018, and she believes that all science should be written in a clear and interesting way—so that no one will feel that science is “boring” or “too hard”. She has a PhD in viral immunology, which is the study of how the immune system protects us against viruses. She loves working for FYM because she gets to learn something new every day! Susan now lives outside of Washington, D.C. with her son, three dogs, and two birds. In her spare time, she likes to hike, bike, practice yoga, and read. She also enjoys home- and yard-improvement projects—because they basically involve “editing” her living space! 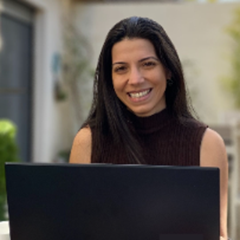 Yarden joined Frontiers in early 2022, eager to spread all the incredible knowledge Frontiers for Young Minds has to offer to as many people as possible, on social media and other channels. Languages and life science were always her passion, so between Mandarin studies and a Masters in English translation she was actively sharing the wonders of nature and the environment with youths, in scientific and educational meetups. Oh, and she thinks chameleons are the coolest. 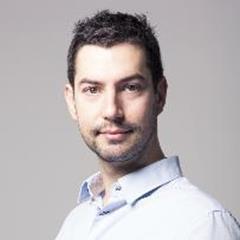 Michael is an urban kid from Paris, who has always been fascinated by nature and its ability to evolve and overcome challenges. Following his PhD in Neurosciences filming migrating neurons with a microscope, he used scientific writing, exhibitions and activities in a zoological institution to inspire the public and engage their curiosity to discover and learn more about threatened species. Now at Frontiers, he is pursuing his passion of improving research distribution and impact at international level. He is responsible for transforming science articles into an attractive and comprehensive way for everyone to access knowledge, including our younger readers, through Frontiers for Young Minds. 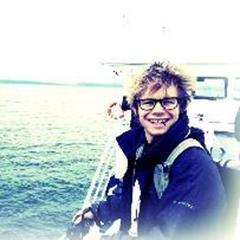 Maarten is a young man from Belgium, where he studied Japanese, Swedish and other languages. Now he lives in Switzerland and works at Frontiers, hoping to make a difference in gathering knowledge, and making it available for everyone, including you. Besides studying languages, he is really fond of travelling, taking pictures and outgoing activities. During summer he likes driving a motorcycle or planning ahead to jump out of a plane. However, as soon as the snow arrives he can be found on his snowboard. Wherever you see a dog, Maarten is probably petting it already, they are his favourite.