What Are Biodiversity Hotspots? 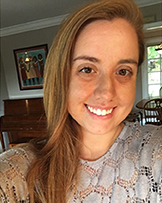 I am a senior at CSU East Bay, hopefully earning my Bachelor of Science in Biology this spring. My interests include plant biology, genetics, and the effects that climate change has on different organisms. I hope to begin a Ph.D. program in Plant Biology in the fall and I am excited to continue doing research. 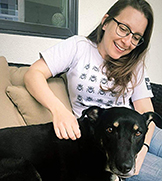 I am a Biologist that still asks “why? how? what if…?” I am fascinated by all aspects of nature, especially how evolution works. Also, I am very interested in how biological diversity is distributed around the world. I work with dung beetles and they are the coolest insects! My work includes the description of new species and the study of closely related groups. 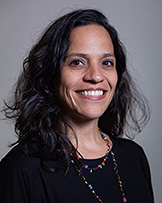 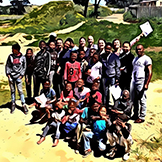 We are the kids of a vibrant township community in South Africa. Where we live, education is difficult for many people, and we strive to improve our lives through sports and learning. We are all different ages, and after school we enjoy practicing our cycling skills. We also compete in cycling events locally and nationally. We believe that education is important, and will help us grow in the future. 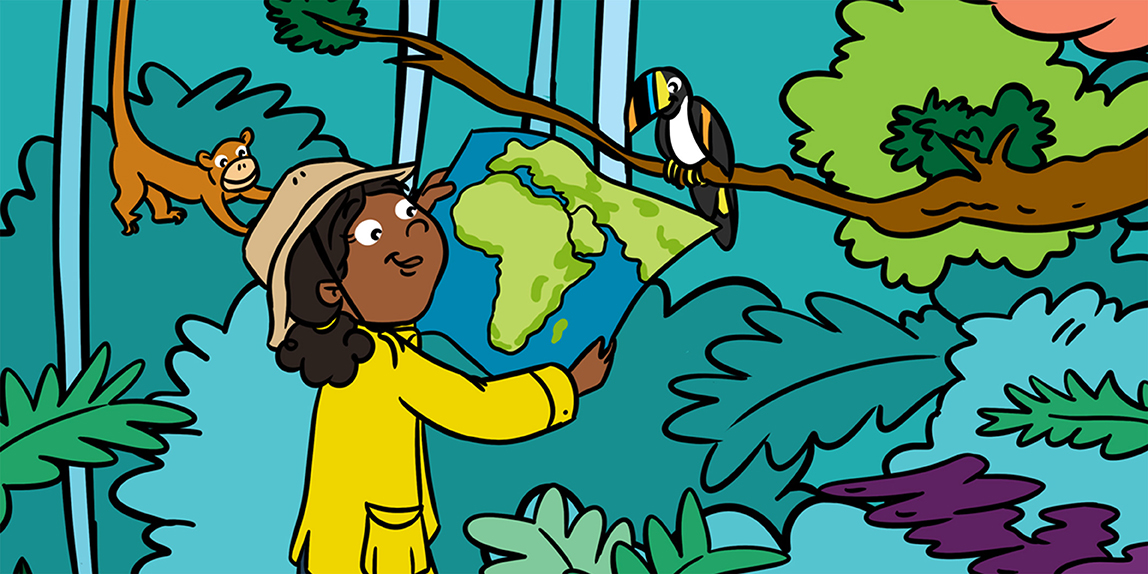 The image of a tropical forest is likely present in your imagination: green, warm, and wet, with large trees, thick shrubs, and a wide variety of insects, birds, and mammals. This image is accurate: the tropical zone has an incredible abundance of species of plants and animals. Species in tropical regions can account for two-thirds of all known species on earth! Many areas within the tropical zones are considered biodiversity hotspots and are home to the world’s most rare and endangered species. Whether we are talking about mountain ranges, islands, or tropical forests, the impressive diversity of life in these areas makes them important places to protect and study. In this article we will discuss the concept of biodiversity hotspots, their locations throughout the planet, and their importance for biodiversity conservation.

How Many Species Are There?

Have you ever wondered just how many different species of living things there are on our planet? This is a hard question to answer! The actual number of living organisms on Earth is unknown to us, but so far, scientists have described up to 1.7 million species of living organisms. Of those, over 1.3 million are animals, 100,000 are fungi, over 300,000 are plants, plus countless species of bacteria, algae, and viruses [1]. This incredible variety of life forms is what we know as biodiversity, that is, all kinds of life existing in a certain place.

It is difficult to know the actual number of living organisms on Earth, or what percentage of these organisms are already known to us. In some cases, there is quite a lot of debate. For example, the estimated number of animals varies from 2 to 11 million species. And while the average estimate of known plant species is somewhere around 300,000, the predicted number of plants, including yet unknown species, is around 450,000 species [1]. In any case, scientists agree that, despite the great number of species that have already been discovered, it is likely that there is an even larger number of species yet to be discovered.

Now you might wonder, “Okay, that is nice to know, but what difference does it make?” It makes all the difference! When we are trying to protect the biodiversity on our planet, knowing how many species are out there is as important as knowing how and where they are distributed around the globe, so that we can decide which areas of the planet are priorities for conservation, especially if we cannot protect every area.

Biodiversity Is Unevenly Distributed Around the Globe

With the enormous number of species that exists on Earth, it is remarkable that the distribution of these species is so highly concentrated in specific areas. Species richness, the total number of species found in an area, is not evenly distributed around the globe: two-thirds of all known species occur in tropical areas, especially in tropical forests [2], even though the causes of such uneven distribution are still a matter of debate.

Scientists have observed that, even though biodiversity hotspots make up only approximately 1.4% of land on our planet, they are home to 60% of Earth’s plant, bird, mammal, and reptile species [3]. Just the endangered species in the tropics account for 43% of vertebrates (animals with backbones and its close relatives) and 80% of all amphibians [4]. Species that found only in a certain geographical area are known as endemic species, and biodiversity hotspots are full of them! For example, the Banana Tree Frog can only be found in Ethiopia, and you will only find lemurs in Madagascar [5]. Tropical forests are typically biodiversity hotspots and are usually filled with endemic species. The Upper Amazonia/Guyana Shield, the Congo Basin, and the New Guinea/Melanesian Islands have the highest number of endemic terrestrial (land-living) species on Earth [6]. Figure 2 shows some examples of biodiversity hotspots and some of their endemic animals and plants.

In addition to land, the waters surrounding these tropical regions are just as important, and equally in danger [4]. Tropical coral reefs are currently being threatened by climate change and habitat destruction. These areas are some of the most biodiverse ecosystems on our planet! Scientific studies of 3,235 marine species in these areas, including fishes, corals, snails, and lobsters, show that high percentages of these species are at serious risk of becoming extinct [7]. Conservation of species living in fresh or seawater is especially difficult, because many bodies of water are interconnected. For example, all the oceans are connected through sea currents that allow the movement of species, minerals, and pollution across the entire globe [8].

Extinctions and a Look Into the Future

Interestingly, the organisms that we know today represent only a very small portion of all the living creatures that have inhabited the planet since life began. All the species living today represent only 5% of all the species that have roamed the Earth during its history! This is a reminder that extinction is a constant force shaping Earth’s biodiversity.

However, many scientists would agree that, today, we are facing a rate of species extinction that is faster than has ever been seen before. Plant and animal species in biodiversity hotspots are currently suffering devastating losses. In fact, by definition, a biodiversity hotspot must have lost at least 70% of its habitat [9]. Biodiversity hotspots now cover only 1.4% of the land on Earth, when they originally covered 12% of the land [10]. Factors, such as pollution, exploitation of land, invasive species, deforestation, and climate change are the leading causes of habitat loss and destruction [11]. The fact that these factors are widespread creates challenges for the species that manage to survive; and with an ever-changing climate and unpredictable circumstances, species that cannot resist the changing environment or move to a more suitable habitat will likely become extinct [4].

When we think about the future of biodiversity on Earth, we need to consider the role we play in climate change. Some scientists predict that up to 54% of species are at risk of extinction due to climate change. The consequences of climate change are extremely widespread, threatening even places untouched by humans [12]. In order to protect our planet, we can start by making small changes in our daily lives. Taking action by recycling, picking up trash, being conservative with our water consumption, and limiting pollution by walking, biking, or taking public transportation are ways that we can help the environment. We can also come up with our own ideas, as we educate ourselves on biodiversity by reading about different places and living things.

As we have learned, a region with a large number of species is considered to be biodiverse. There are 36 biodiversity hotspots on our planet, and these areas are dazzling, unique, and full of life. Plants, animals, and other living organisms that populate these places are rare and many of them are only found in these specific geographic areas. These biodiversity hotspots are currently at risk of being destroyed [13]. Habitat destruction directly caused by humans, as well as destruction due to climate change, are the leading causes of the increasing extinction of Earth’s species.

Conservation: ↑ Taking care and preserving species and the environment.

Species Richness: ↑ The number of species living in a specific location.

Extinction: ↑ The death of an entire species (like dinosaurs).

Biodiversity Hotspots: ↑ Geographical areas with very large numbers of species that are threatened by destruction.

Endemic Species: ↑ Species that occurs only in a specific geographic region.

Climate Change: ↑ The change of weather and temperature patterns around the world.

Deforestation: ↑ The destruction of forests or the removal of great number of trees.

Mangroves are woody trees that can live on the land or in the sea, and they are found in tropical and subtropical... 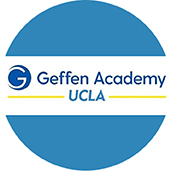 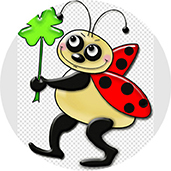 If you walk on the beach, you may observe many kinds of stones of diverse colors. Surprisingly, some of these “stones”...

Oribatid mites are a group of animals related to spiders, scorpions, and ticks. However, they are typically much... 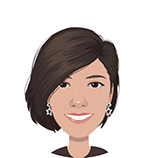 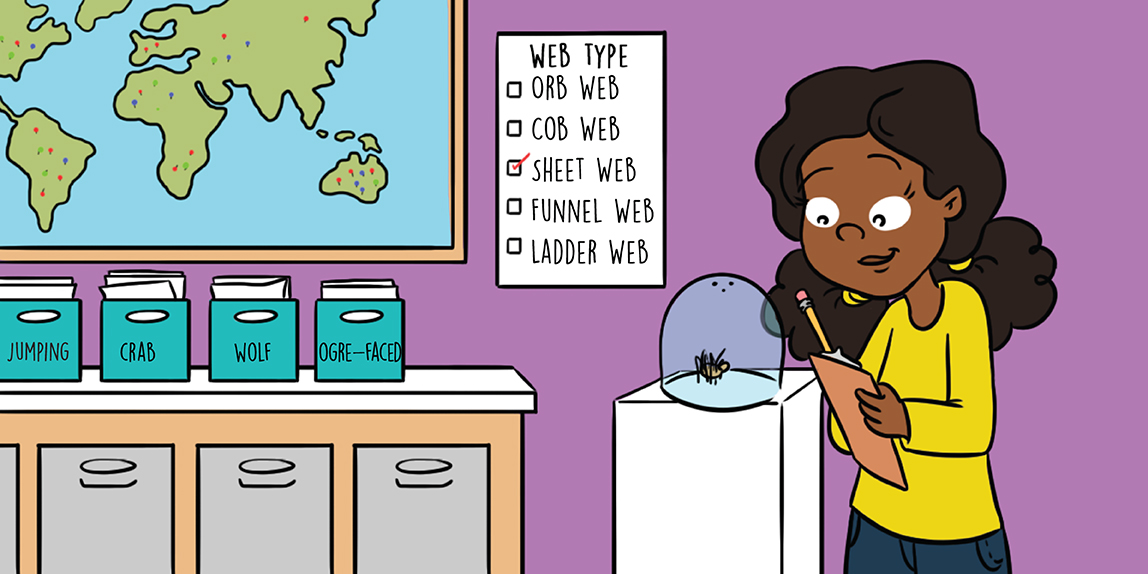 Spiders are among the most diverse groups of animals on the planet. There are over 45,000 known species of spiders...