I study how our brain recognizes objects that we see, hear, or touch (or smell!) and how our brain enables us to use objects as tools. Outside the lab I like to hang out with my friends and play with my friend’s dog Renny (see photo) or my nieces. I also love looking at colorful photos from National Geographic, and my favorite animals are sharks.

Scientist and Professor, she studies how people use their brains to pay attention to specific activities (e.g., how can it be that you do not hear your parents calling for dinner when you play a videogame or read a book). Sabine also enjoys spending time with her two kids and loves the Beatles. 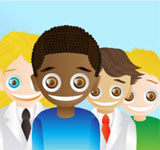 Riverside Elementary School serves children from prekindergarten through fifth grade in Princeton, NJ, USA. Our diverse student body includes children from more than 23 different countries, and we all love to learn about brain! We also have a science lab, a courtyard with frogs and box turtles, a team of dedicated teachers and support staff, and a great principal who always supports new opportunities for learning. Fourth grade students are either in Ms. Levy’s or Mr. McGovern’s classroom, and Mr. Eastburn is their teacher in the science lab.

Do you enjoy reading books? Reading is one of the unique activities that only humans do, and we have not been doing it for that long! Humans have talked to each other using a language system with grammatical rules for at least 100,000 years, but we have been reading and writing only for a few thousand years! What happens in our brain when we read? Our brain has developed a region that is specialized in knowing what written words look like. It closely works together with other parts of the brain that help us understand words and to speak. Importantly, as we learn to read, this region will become trained in recognizing word shapes used in whatever language we train it with.

Do you enjoy reading books? Reading is one of the unique activities that only humans do, and we have not been doing it for that long! People have been practicing spoken communication using a language system with grammatical rules for at least 100,000 years. We have been building tools for even longer, with the first stone tools dating back about 2.5 million years [1]. But we have been reading and writing only for a few thousand years!

Writing was invented in Southern Mesopotamia, or present-day Iraq, by the Babylonians around 5,400 years ago (Figures 1 and 2) [2]. Back then, only a few people could read and write. Nowadays, these skills are taught in schools and are accessible to a lot of us. However, there are still many people in the world – children and adults alike – who never had the chance to learn to read and write. Not knowing how to read or write is called illiteracy. Today, about 1 in every 10 people on our planet cannot read or write. That means nearly 800 million of us are illiterate!

What happens in our brain when we learn to read?

The Wordbox in Our Brain

About a third of our brain is specialized in analyzing things that we see. This part of the brain is also known as the visual system. This system is based in the cortex, the folded surface of the brain. Areas of the visual system lie in occipital cortex (red in Figure 3) and parts of temporal (yellow) and parietal (green) cortices.

Other parts of the brain help us understand and produce language (to speak). These parts are located mostly in the left hemisphere, or the left half of the brain. Regions for understanding language are found in left temporal cortex, and regions for producing language are found in left frontal cortex (Figure 3). When we read, both the visual system and the language regions are involved: The visual system examines what the words look like, and the language regions tell us what they mean.

A third part of the brain links the visual system and the language regions together. We will call this region the wordbox, but it is also known as visual word form area (Figure 3) [3]. This area of the brain translates visual shape information (what words look like: a string of round symbols with straight lines) into meaningful information that our language regions can understand and further work with. Basically, the wordbox is a brain region that is specialized in knowing what written words look like.

Is the wordbox already in our brain when we are born or is it only there after we learn how to read? And do illiterate people (who cannot read) have it?

How the Wordbox Develops in the Brain

How does the brain build a wordbox? Before you learned to read, you didn’t know that words and letters were symbols for sound – your brain just saw them as squiggly shapes. An “O” has a round shape. So does an orange or a basketball. Shapes of any sort are stored in a region of the brain called the object cortex, which is part of the temporal cortex in the visual system (Figure 4A). This region can tell an O, an orange, or a basketball apart, even though they all have similar round shapes. The object cortex also provides information about the purpose and meaning of different things in the world: you eat an orange but not a letter or a basketball!

Thanks to the object cortex, we can also recognize different shapes and objects no matter how we look at them. For example, we can recognize a basketball hoop from afar when entering the gym or from close by when standing directly underneath. Even if the hoop were turned upside down, we would still know what it was (Figure 4B)! Our object cortex identifies it as the same hoop at all times.

However, think about the letter “d.” The same shape flipped is a “b” or turned upside-down a “q.” In all of these cases the shape stays the same, but once we learn the alphabet, the meaning and use of the letter changes. Our visual system has to be very precise about recognizing a “d” as a “d” and not turning it accidentally into a “b” or a “q.”

When we first start learning to read, the wordbox develops from the object cortex and is still able to recognize the same shapes from all viewpoints – you can write reversed, you are able to read upside-down, and so on (Figure 5). Over time, the wordbox learns that the order of letters is important because it defines words – for example, “pat” and “tap” mean different things (Figure 4B). That is why it is important to always read English from left to right and not from right to left!

The wordbox learns what words typically look like and it starts to follow rules that go along with a given language, like the example of reading from left to right. The wordbox is a region in the brain that develops as we learn to read, and it gets trained to recognize shapes that look like words. It recognizes letters and shapes precisely as they appear and in which sequence they happen to occur with other letters (Figure 4C) [4]. While the object cortex will recognize a “p,” “q,” “b,” and “d” as the same shape (a circle with a straight line attached), the wordbox will discriminate between the four different letters!

So if you are an experienced English reader, your wordbox will be active while you are reading this article. What if this text was in Chinese and you could not read Chinese?

The Wordbox is Shaped by Which Language You Read

Our brain is shaped by the experiences that we make throughout life. There is a part of our brain – the wordbox – that is prepared to recognize word shapes, and as we learn to read, will become trained in recognizing word shapes in whatever language we use to train it [5].

The Internet can provide any information imaginable, leading some people to wonder why they should bother learning or...

Does the Brain Read Chinese or Spanish the Same... 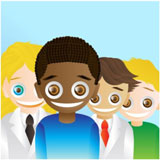 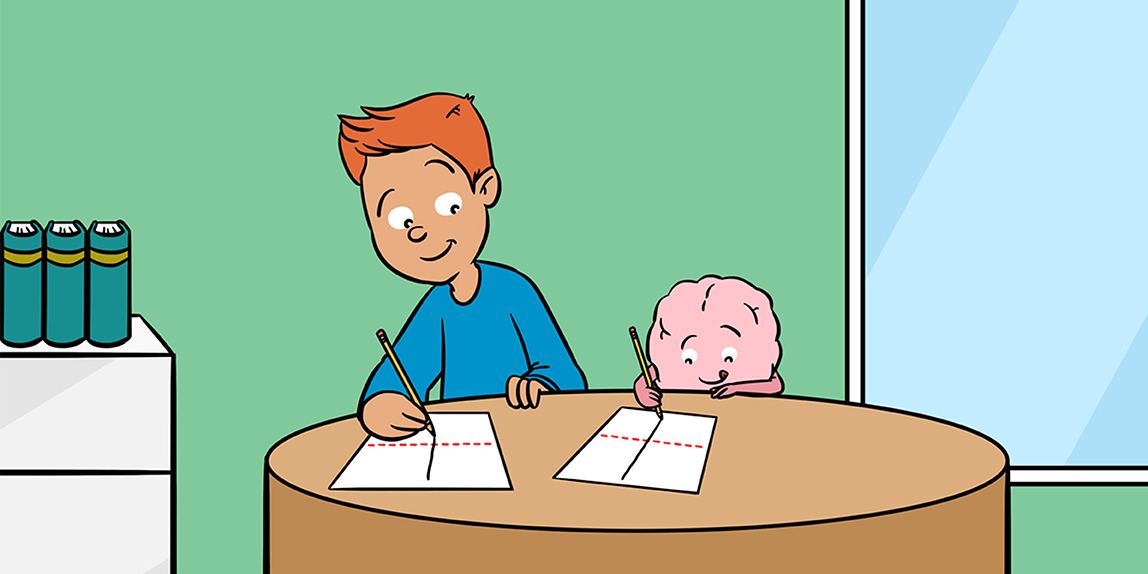 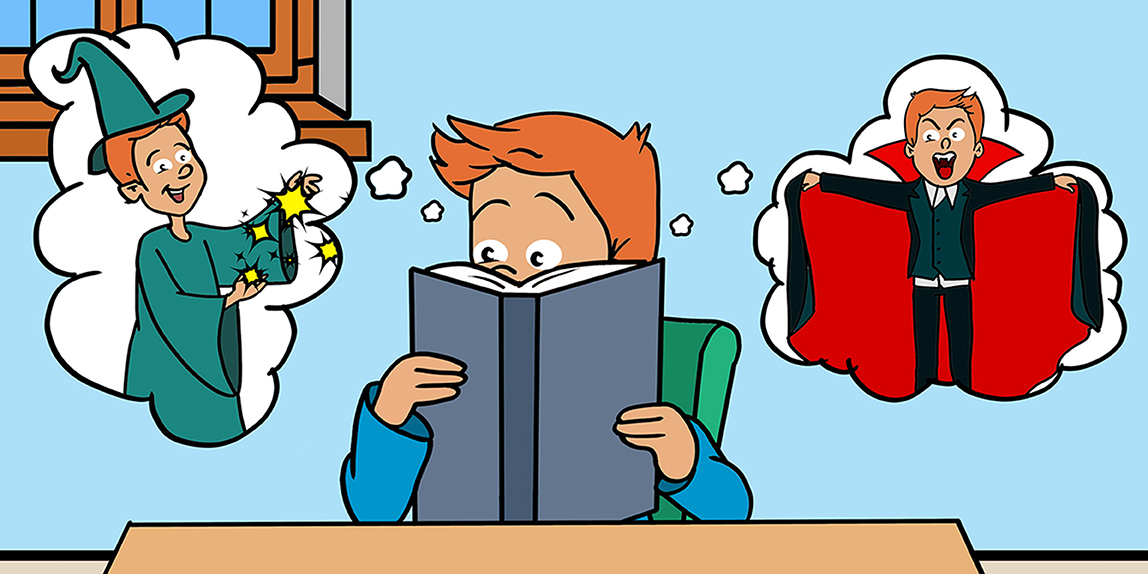 Connecting With Fictional Characters: The Power...

Books have the power to take us on great adventures, immerse us in fantasy worlds, change our points of view, scare us... 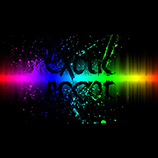