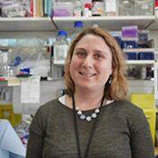 I have B.Sc., in computer science, M.Sc., in bioinformatics and Ph.D., in neurobiology from the Department of Medicine, Hadassah Jerusalem, where I studied RNA expression changes in Parkinson’s disease prior to and following deep brain stimulation treatment. I am interested in RNA and cellular changes in neurological diseases and aging. I like to read, swim, and listen to music and I have four kids. *l.soreq@ucl.ac.uk

I am 12 years old and I live in Tel Aviv. I study in a gifted students class and love combining art and science. I won a national math competition and I regularly participate in Tel Aviv University’s DaVinci Project. Piano playing has been a passion of mine from a young age, I compose, play different instruments, and sing in a musical ensemble.

Aging, which is a natural process in which an organism’s functions decline, is present in all living organisms. As we age, our brains begin to break down—certain brain regions get smaller and certain cell types decrease in number. These changes are similar to those seen in diseases like Alzheimer’s and Parkinson’s diseases. The similarities between aging and these neurodegenerative diseases tells us that the same genes might be affecting both processes. However, it is difficult to get samples of human brains to study aging, so we still do not understand what happens to genes in the various regions of the human brain during the aging process. Through global collaboration, a resource called the mouse brain Allen Brain Atlas (BrainMap) of 7 different cell types from cortex has been used, which is like a catalog of genes that are active in the human brain. We downloaded this database as used it as a comparative platform to our brain expression data. The study described in this article shows how protein coding regions of genes involved in different pathways are expressed across the brain, including in specific brain regions and specifically examining different cell type marker genes.

Like all our organs, at its basic level, the brain is made up of cells. There are actually several types of cells in the brain. The diversity of cell types in the brain is what makes the brain so complex. We studied 7 cell types by stainig and machine learning quantification (see Figure 2).

Aging is a natural and unavoidable process. As we age, physical changes happen to our bodies that slowly affect our bodily functions. In short, aging is the process of our bodies breaking down. Some age-related changes are easy to see, such as in microglia and neuronal genes (e.g., TREM1, NEUN). Other changes occur inside our bodies as internal organs and structures begin to break down, such as liver and spleen. Additionally, our telomeres typically gets shorter during aging.

Certain age-related diseases, like Alzheimer’s disease and Parkinson’s diseases, cause damage to the brain that results in symptoms including motor and cognitive symptoms (e.g., memory deficits, tremor) [1, 2]. Alzheimer’s and Parkinson’s are called neurodegenerative diseases because they cause degeneration (breakdown) of neurons in the brain. Research has shown that, in AD, changes to cells in the brain begin decades before symptoms appear. These changes primarily include decreases in astrocytes, microglia, and endothelial cells. We used exon microarrays on 1,231 post mortem brain samples from 134 individuals in the ages of 16 to 106 obtained from the UK brain bank (UKBEC). We compared young to middle aged and old brain samples.

We were interested in finding out more about what happens in the brain as people age, and in neurodegenerative diseases. This is a difficult topic to study because brain samples from people who have died are not easy to obtain. Through my post-doc at UCL ION, I was lucky to have access to 1,231 human brain samples from 134 deceased individuals, aged 16 to over 100. These samples came from more than 10 different brain regions. I analyzed cells from these brain samples to see which genes were turned on or off with aging [3].

To study which genes were turned on in brain cell samples, we used a technique called exon microarrays which contain exonic probe-sets. By comparing young to middle age and old samples (the data was divided to three age groups), the microarray analysis could tell which genes were predominantly detected as altered in each brain region. Nine genes were found as commonly altered in all the regions including non-coding RNA and microglia marker.

First, we found that neurons were mainly down regulated.

Second, we found that microglia were up regulated. Third, oligodendrocytes showed mixed pattern of expression changes.

Together, all of these findings tell us that as the brain ages, neuronal cells decline in expression while microglial cells remain active. These cellular changes might help to explain some of the changes we see in aging, including in inflammatory markers and might mean that microglia are affected more than neurons.

By studying changes in cell-type-specific genes across multiple brain areas, our current study takes a step toward providing the “big picture” of the molecular and cellular changes in human aging brain.

Our study sheds light on the role of microglia in aging and opens new opportunities for microglia replenishment in the aging brain in the future.

Thus, my data may provide insights into the role of glia in the region-specific cellular changes in the aging brain.

Altogether, the data indicate that the cellular changes during aging involve a dramatic shift in the regional identity of glia.

However, through international joint effort, a complete atlas of the brain’s transcription based on samples from two people (the Allen Brain Atlas) has been achieved.

We also analyzed RNA-Seq data from microglia-depleted and repopulated young and old mice, simply to study comparative changes to our human brain transcriptome study [4]. Through computational analyses (namely, ANOVA, hierarchical classification) we have found that older mice had lower levels of gene expression for genes from astrocytes, microglia, and endothelial cells, meaning that these cells decreased in the brains of mice as the mice aged. The hippocampus and substantia nigra are the brain areas affected in the early stages of Alzheimer’s disease, and these are the two brain regions where we saw major shifts in the expression of astrocyte and oligodendrocyte-specific genes in older mice. This tells us that parallel expression changes to those seen in the human aging brain can be found in young vs. old mice.

What do These Results Tell us About Alzheimer’s and Parkinson’s?

This study provides a resource for further studies of the relationship between aging and the cellular phase of dementia. It also teaches us on the potential role of microglia in the aging brain. Interestingly, some of the genes that we found to be altered in aging brain were the same genes that were found to be either increasing or decreasing in the blood of Parkinson’s patients [5]. This means that these changes might also be similar. Both decrease and increase of expression changes were detected. Finally, the age-linked changes in the expression of glial-specific genes were most dramatic in the hippocampus and substantia nigra, which are the brain regions affected in Alzheimer’s [6] and Parkinson’s diseases [7, 8].

In this study, we examined brain-wide gene expression patterns in the aging human brain, across a wide age range. We saw increases in expression of microglia-specific genes and decreases in expression of neuron-specific genes. Additionally, we saw major changes in the brain region-specific expression of astrocyte- and oligodendrocyte-specific genes. My study is in particularly exciting since it indicates we can in essence replenish glia in the aging brain (such as done in laboratory mice previously). Also, microglia cell marker genes were enriched in inflammatory functions. Specifically, we showed through t-sne classification analysis clustering of the samples by brain region/age group (by neuronal marker genes), microglia genes lost this classification). We also applied hierarchical classification.

We believe that our data and computational approaches may provide a powerful resource for further study of the cellular and molecular changes taking place during human brain aging and may also provide insights into the pre-clinical cellular phase of dementia.

Astrocytes: ↑ A sub-type of glial cells in the central nervous system. They are also known as astrocytic glial cells. Star-shaped, their many processes envelop synapses made by neurons. In humans, a single astrocyte cell can interact with up to 2 million synapses at a time.

Microglia: ↑ A type of neuroglia (glial cell) located throughout the brain and spinal cord. Microglia account for 10–15% of all cells found within the brain. As the resident macrophage cells, they act as the first and main form of active immune defense in the central nervous system (CNS).

Hippocampus: ↑ A complex brain structure embedded deep into temporal lobe. It has a major role in learning and memory. It is a plastic and vulnerable structure that gets damaged by a variety of stimuli. Studies have shown that it also gets affected in a variety of neurological and psychiatric disorders.

The Prefrontal Cortex (PFC): ↑ The prefrontal cortex (PFC) is the cerebral cortex covering the front part of the frontal lobe. This brain region has been implicated in planning complex cognitive behavior, personality expression, decision making, and moderating social behavior.

Transcription: ↑ The first of several steps of DNA based gene expression in which a particular segment of DNA is copied into RNA by the enzyme RNA polymerase. 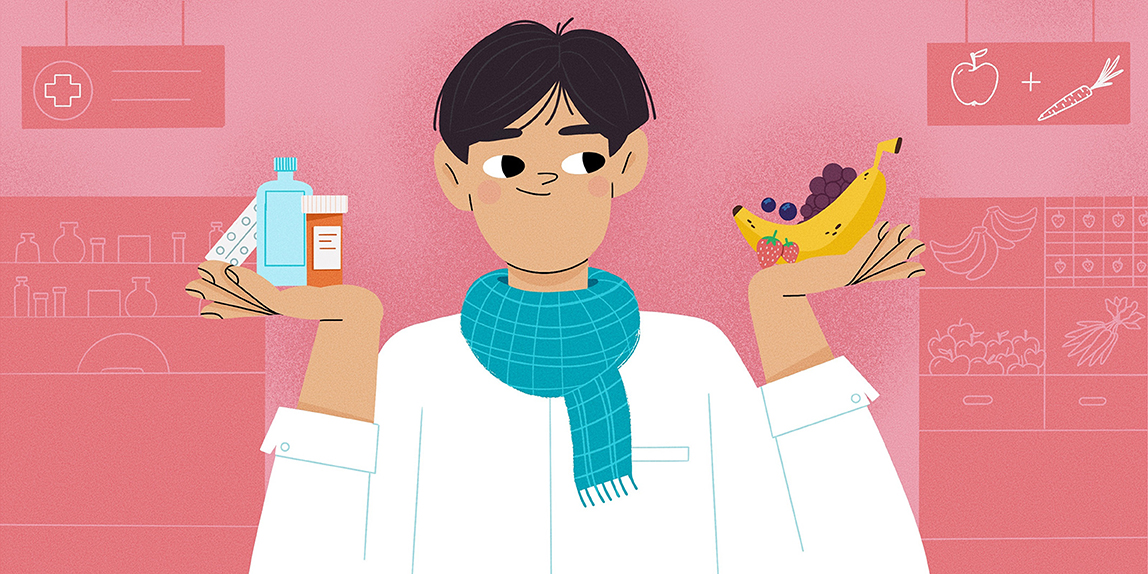 Can the Foods We Eat Help Treat Alzheimer’s...

Can you imagine a world in which doctors prescribe food when we are sick? Traditionally, doctors have prescribed... 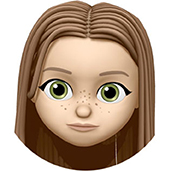 Brain Training Games: An Effective Tool in the...

When we get older, we tend to have more trouble remembering things and we tend to forget certain things more often. It... 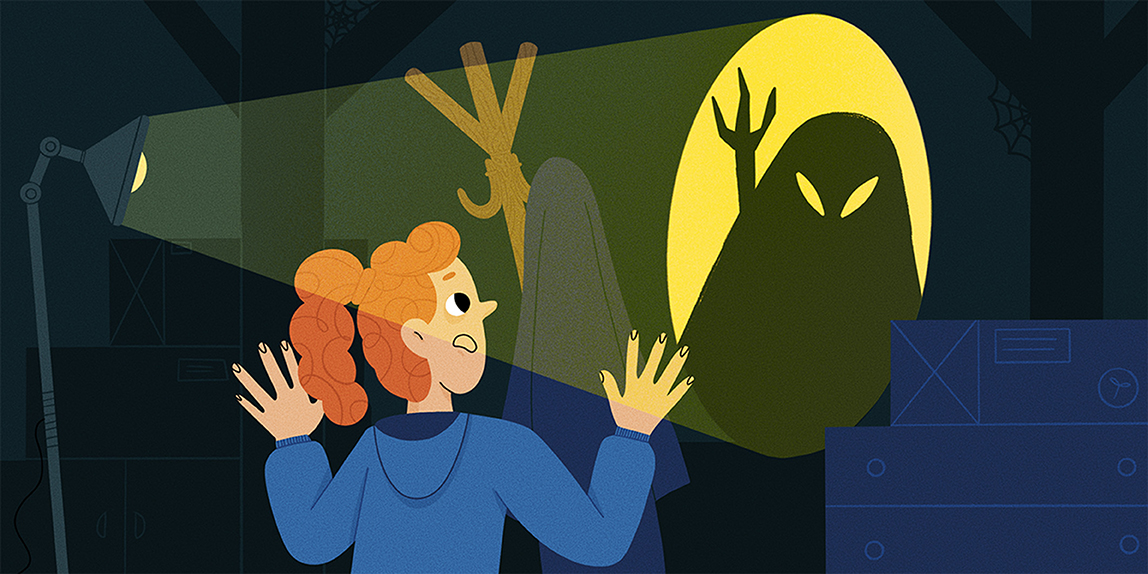 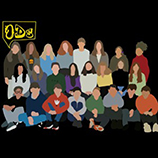