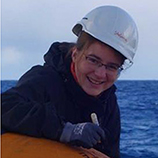 Dr. Stefanie Semper is a physical oceanographer. She is excited about ocean currents at high latitudes and wants to better understand how they interact with the atmosphere and underwater mountain ridges. Stefanie feels at home in the coastal city of Bergen in Norway, but she spends much time in other countries working with colleagues and often goes on research expeditions to sample the ocean. She is not afraid of going swimming in the cold waters that she studies. *stefanie.semper@uib.no 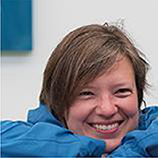 Dr. Mirjam Glessmer studied physical oceanography. She is fascinated by water in all its forms. She loves to go “wave watching” on puddles, streams, or the sea, or to do experiments on ocean physics using only household items. Mirjam is passionate about sharing her fascination with all things related to ocean physics, and you are welcome to contact her if you have questions! www.mirjamglessmer.com/contact or mglessmer@gmail.com 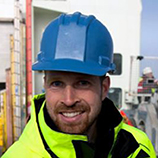 Prof. Kjetil Våge is a physical oceanographer. He is interested in the interactions between the ocean, sea ice, and the atmosphere, and he enjoys spending time on research ships in rough weather at high latitudes to study these interactions. 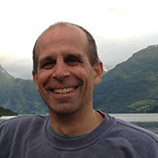 Dr. Robert Pickart is a senior scientist in the Physical Oceanography Department at the Woods Hole Oceanographic Institution. His research focuses on high-latitude processes, including how currents following continental slopes interact with the deep ocean. He does fieldwork in both the Atlantic and Pacific sectors of the Arctic Ocean using a variety of techniques. Over the years he has led dozens of research expeditions, often with an outreach component for school children and the public. 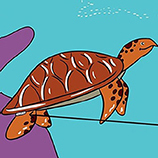 My name is Mackenzie, and I enjoy music (both playing and listening), books (fantasy in particular), and sports (my favorite is tennis). I also enjoy science, math, and language, but the thing I enjoy most is backpack camping. 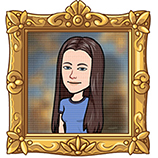 Hello! I am 16 years old and live in Canada. I like knitting, crocheting, and reading. 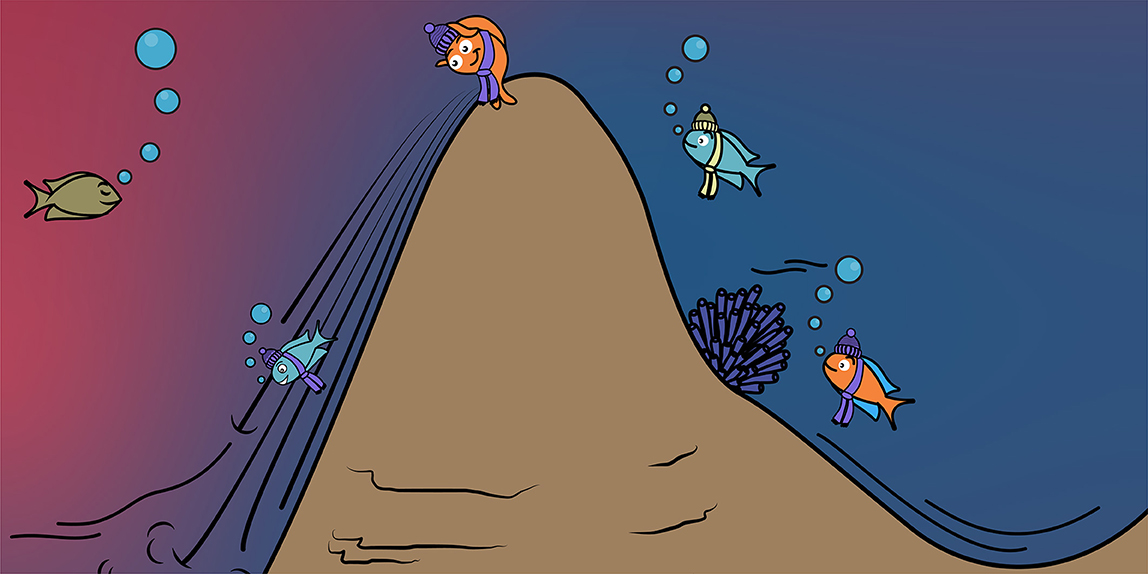 The most famous ocean current, the Gulf Stream, is part of a large system of currents that brings warm water from Florida to Europe. It is a main reason for northwestern Europe’s mild climate. What happens to the warm water that flows northward, since it cannot just pile up? It turns out that the characteristics of the water change: in winter, the ocean warms the cold air above it, and the water becomes colder. Cold seawater, which is heavier than warm seawater, sinks down to greater depths. But what happens to the cold water that disappears from the surface? While on a research ship, we discovered a new ocean current that solves this riddle. The current brings the cold water to an underwater mountain ridge. The water spills over the ridge as an underwater waterfall before it continues its journey, deep in the ocean, back toward the equator.

The air temperatures are warmest near the Earth’s equator and coldest near the poles. But have you ever wondered why it is warm in western Europe, but cold in eastern Canada, even though both regions are the same distance from the equator? The reason is that air temperatures do not only depend on latitude—they are also influenced by ocean currents that carry heat toward the Earth’s poles. In this article we focus on the North Atlantic Ocean, so we will talk about water flowing northward. The surface ocean is much warmer where the ocean currents bring heat northward from tropical regions. This is what the Gulf Stream does. The Gulf Stream is an ocean current that stretches from Florida to Europe (Figure 1a). The Gulf Stream is one reason why winters are milder in western Europe compared to eastern Canada. Some of the water from the Gulf Stream eventually makes it into the Nordic Seas, the region between Greenland, Iceland, and Norway (Figure 1a). However, the warm water that continuously enters the Nordic Seas from the south seems to disappear (Figure 1b). What happens to it and where does it go?

In the North Atlantic, the water in the Gulf Stream has the highest temperature and salinity (a measure of how salty the water is). This is the Gulf Stream’s unique fingerprint—we can track the path of the warm, salty water into the Nordic Seas. When the temperature or salinity changes drastically, the water is transformed and gets a new fingerprint. This is what happens to the water at the surface that originated in the Gulf Stream. In winter, the air over the Nordic Seas is typically colder than the ocean. The surface ocean warms the atmosphere, and the water cools. Cold seawater has a higher density than warm seawater. Denser water sinks below lighter water, and it spreads out when it reaches the seafloor or another barrier. In the Nordic Seas, the dense water does not sink all the way to the seafloor, but instead it stops when it reaches a layer of even denser water down deep.

A New Deep Current on the Map

We wanted to know where the cold, dense Gulf-Stream-origin water goes when it disappears from the surface, so we organized an expedition on a research ship to measure the deep ocean between Iceland and the Faroe Islands (Figure 1b). We lowered a scientific instrument through the water to the seafloor and recorded both how warm and salty the ocean was and how the water was flowing (Figure 2). Each stop to take measurements is called a station. At a typical station, the ocean may be 1 km (0.6 miles) deep, and the instrument is usually lowered on a cable at ~3.5 km/h (2.2 mph, typical walking speed). So, it takes more than half an hour to lower the instrument all the way to the seafloor and pull it back to the surface! On the way back up, we stop the instrument to collect water at various depths.

To get a detailed picture of the ocean’s conditions, it is important to keep the distance between stations as short as possible. Deep currents in this region can be very narrow, only about a fifth of the width of the Gulf Stream, so it can be easy to miss them [1]. However, since collecting measurements takes a lot of time, the stations are never as close to each other as we would like. In the large ocean, we think of distances between our stations of 2 km (1.2 miles) as very short. During our month-long expedition at sea, we measured the ocean at more than 300 locations. From our data, we created maps of the ocean. These maps included not only temperature and salinity, but also information about currents, including where they are located, how wide they are, and how fast they are flowing. When we examined our measurements, we were thrilled to learn that we had discovered a new ocean current [2]! The current carries cold, dense water and flows deep in the ocean, not near the surface like many other currents. We followed its temperature and salinity fingerprint all the way from northeast of Iceland toward the Faroe Islands (Figure 3).

More than 100 years ago, ocean scientists found this type of cold, deep water near the Faroe Islands, but they did not know how it got there [4]. Since then, with improving measurement techniques and numerical calculations run on large computers, ocean scientists have put forth different ideas as to where the water comes from. Our measurements demonstrated, for the first time, that the water is brought to this region by a deep current flowing toward the Faroe Islands. Furthermore, we could estimate how much water the current transports. We even got to name the current! As our narrow current flows from Iceland to the Faroe Islands, it follows the continental slope. Therefore, we called it the Iceland-Faroe Slope Jet.

The Role of Underwater Mountain Ridges

Imagine standing on a beach and looking out over the ocean. The farther away from the coast, the deeper the ocean becomes. Around continents and islands there is often a zone called the continental shelf, which is relatively shallow compared to the deep ocean basins (Figure 1c). The region where the water depth abruptly changes from the shallow shelf to the deep ocean is called the continental slope. Ocean currents can lean against these underwater “walls” and often flow along them.

North of the Faroe Islands, the continental slope is part of a large underwater mountain ridge that stretches from Greenland, via Iceland and the Faroe Islands, to the Shetland Islands in Scotland. This ridge is the southern boundary of the Nordic Seas. The dense, deep, southward-flowing water generally cannot cross this barrier: it can only escape from the Nordic Seas through some of the deepest gaps in the ridge. The two main gaps are located west of Iceland and south of the Faroe Islands. Dense water reaching the gap west of Iceland is, to a large extent, transported by a current known as the North Icelandic Jet (Figure 3), which was discovered in the early 2000s [3]. By contrast, the water transported by the Iceland-Faroe Slope Jet ends up near the Faroe Islands, where it crosses the other deep gap in the ridge. There is a steep drop in the seafloor on the southern side of the ridge, and, as a result, the overflowing water rushes down the slope as an underwater waterfall1! The water spilling over the Greenland-Scotland Ridge is denser than the water south of the ridge, so it sinks to the bottom before spreading toward the equator near the North Atlantic seafloor. This is the “return flow” of the warm water that started out in the Gulf Stream at the surface (Figure 2b).

To summarize, the warm water from the Gulf Stream that is transported into the Nordic Seas cools and sinks, and then currents like the Iceland-Faroe Slope Jet and the North Icelandic Jet bring it toward the deep gaps in the underwater ridge. After passing through those gaps, the dense water cascades to deeper depths as a waterfall. While the Iceland-Faroe Slope Jet may seem like a small player in this large system of ocean currents, it is a critical piece of the puzzle that was missing from the big picture. Its discovery helped us to better understand where the dense water is formed and how it is transported toward the underwater waterfall. This detailed knowledge about the present state of the Nordic Seas will help scientists predict how climate change will affect western Europe, and potentially far-away regions as well.

Box 1 - Build your own underwater waterfall

If you want to explore for yourself how cold water can form an underwater waterfall, here is some guidance. 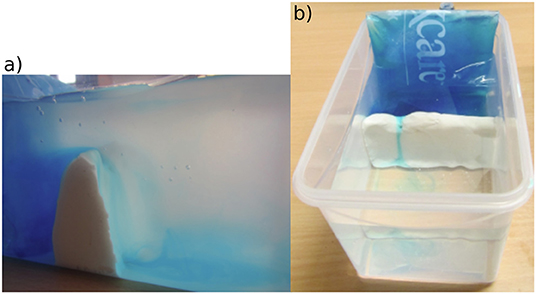 Support for this work was provided by the European Union’s Horizon 2020 research and innovation programme under the Marie Skłodowska-Curie grant agreement No. 101022251 (SS), the Trond Mohn Foundation Grant BFS2016REK01 (SS and KV), and the U.S. National Science Foundation Grants OCE-1558742 and OCE-1259618 (RP).

Salinity: ↑ The salt content in water; in other words, how salty the water is.

Continental Slope: ↑ The region where the water depth abruptly changes from the shallow continental shelf to the deep ocean.

Continental Shelf: ↑ The area of seafloor near the coast where the water depth is relatively shallow compared to the deep ocean. 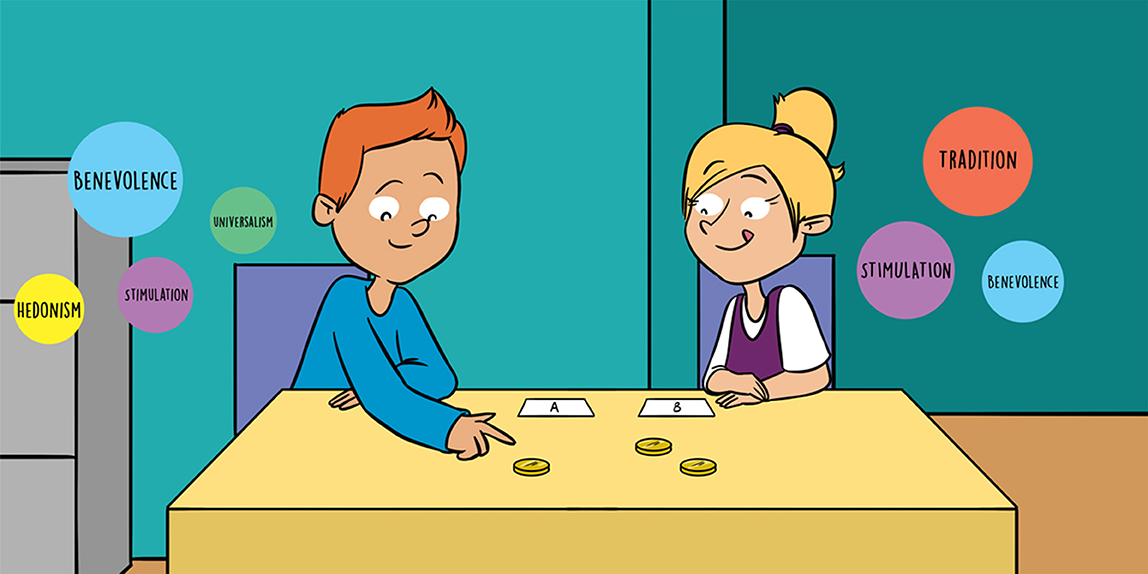 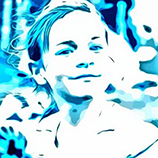 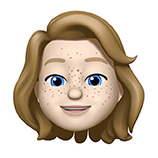 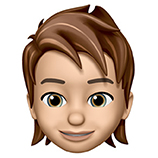 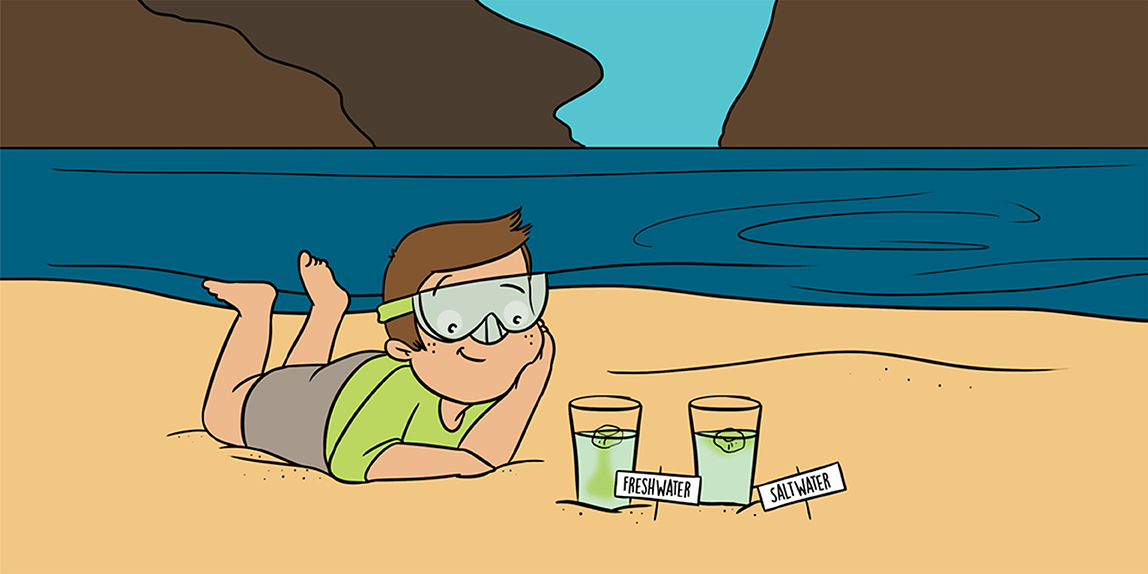 When Water Swims in Water, Will it Float, or Will...

The ocean is continuously in motion. A large part of this motion is driven by water with different temperatures and... 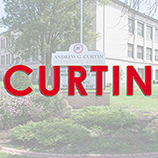