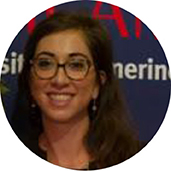 Laura Bordoni is Assistant Professor at the School of Pharmacy, University of Camerino, Italy. She obtained her Ph.D. in Life and Health Sciences—Molecular Biology and Cellular Biotechnology in 2017. She is professor of Food Science, Nutrition, and Molecular Biology at University of Camerino and visiting professor of Molecular Biology at Jilin Agriculture University, Changchun (China). Her research is focused on nutrigenomics, investigating the interactions between diet and the human genome to understand how nutrition can promote healthy aging. In particular, she is currently investigating how different diets (healthy vs. western) and dietary metabolites (such as trimethylamine and its derivative trimethylamine-N-oxide) can impact DNA methylation in humans. She is co(author) of 29 peer-reviewed publication, three book chapters and several communications at national and international meetings. She is guest-editor for several journals in the field of nutrition, biochemistry, and molecular biology. Website: https://docenti.unicam.it/pdett.aspx?ids=N&tv=d&UteId=1128&ru=RD *laura.bordoni@unicam.it 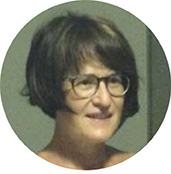 Rosita Gabbianelli, is Full Professor of Biochemistry at University of Camerino, Italy. She obtained her Ph.D. in Biology in 1997. Her research field includes studies on the interplay between the exposome and health, and the nutrigenomic strategies to counterbalance molecular damage. She is visiting professor at Jilin Agriculture University, Changchun (China) and (co)author of more than 130 peer-reviewed publications, four chapters of books and 138 communications at international meetings and 45 seminars to general audience. She has supervised more than 84 bachelor/master degree/Ph.D. students. She is an editorial board member of several journals on health and member of NUGO, SIB, CA18211, CA20104, and CA19115. Board of Directors of the International Society of Nutrigenetics and Nutrigenomics and Chair of the Scientific and Organizing Committee of the European Summer School on Nutrigenomics. Website: https://docenti.unicam.it/pdett.aspx?UteId=448&tv=d&ru=PA 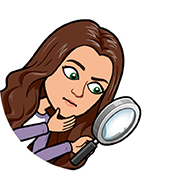 I am Anastasia, a year 9 student captivated by science! I am very passionate about learning and discovering new opportunities. My dream is to study medicine, as I am very interested in how our body works and how it can be affected. Outside of my studies, I love painting, drawing, and crafting, as well as many other extracurricular clubs. But most of all, I love cooking deserts (I have a sweet tooth)! 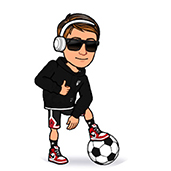 My name is Kaïke. I love football, gaming, and eating. I am from Brazil, France, Egypt, America, Lebanon, Italy, and Syria. I have many friends and I love seeing them. I also love anime. My favorite Animés are Naruto, Dragon ball Z, and Demon slayer. I am a very good baker and I cook lot of cakes and cookies. My favorite football player is Cristiano Ronaldo and my favorite team is Manchester United and Real Madrid. 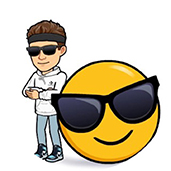 Hi, I am 9 years old, always exited and super friendly. I have a lot of friends and make new friends easily. I like listening to songs and playing video games. I also really like fighting and self defense. My favorite hobby is parkour. At school, I enjoy sports, arts, math, and the breaks. I often express my thoughts and talk while the teacher explains so time goes faster ☺. I love reading comics. 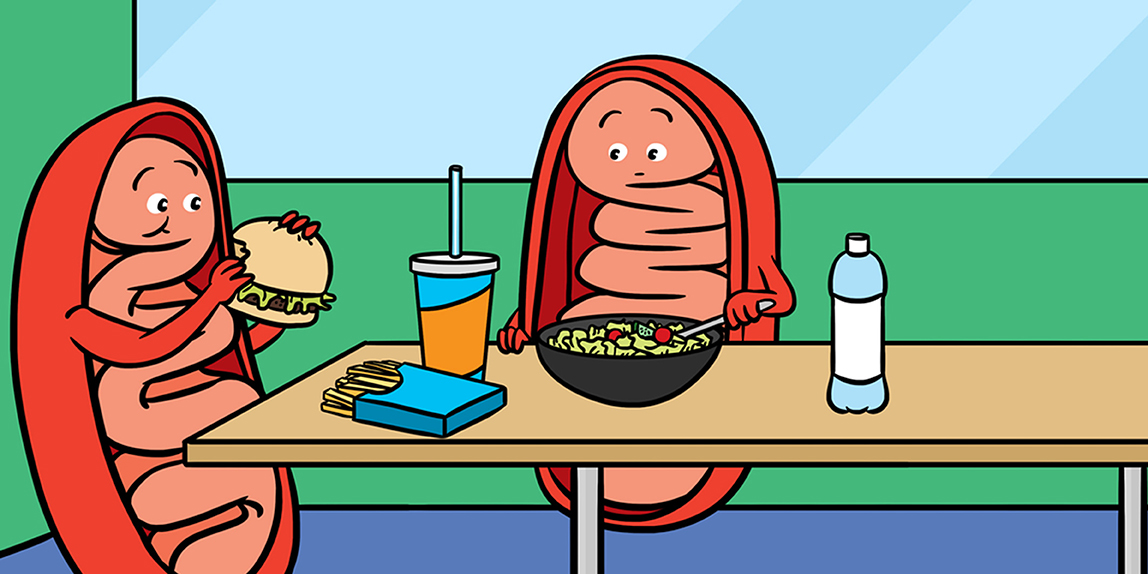 If your body were a train, what would give it the power to move? The food you eat, which is burned by the train’s engine. Do you know how many engines your body has? Thousands of millions! They are called mitochondria. Mitochondria are tiny structures contained within the cells of your body that burn food, providing energy. The power of each mitochondrion is due to its own gearwheel: the circular mitochondrial DNA. There are many gears in each mitochondrion. Together, they regulate the mitochondrion’s ability to produce energy. Obesity modifies both the abundance and the function of the mitochondrial DNA, altering the ability of the body to efficiently produce energy, with some differences between males and females. Eating healthy foods not only makes you slim, but also boosts your mitochondria and makes you powerful!

Body Composition: Not Just a Matter of Weight!

Do you know what makes up your body? The human body can be viewed as a combination of several “packages”—muscle, fat, bones, fluids, organs, ligaments, and tendons. Body weight is a combination of all of these “packages.” While everyone’s body contains these packages, each body is different in regard to the size of each package (especially fat and muscles). Two people could look similar on the outside and even weigh the same, but be very different on the inside! Determining body composition is extremely important: your health is not defined by your body weight, but by your body composition. But how can we see a person’s body composition from the outside?

One of the easiest ways to measure body composition includes a combination of body weight, height, and waist circumference. The ratio between weight and height is called body mass index (BMI), and it is commonly used to study obesity in human populations. There are also scientific technologies that can be used to study body composition. Bioimpedance analysis (BIA) measures the ability of the body to resist a weak, painless flow of electric current. Since electric current cannot pass through fat, BIA can estimate the amount of fat and muscles in a person’s body. But what if we want to know about how well the body’s cells are functioning? There are also methods to collect information about how well the body is working. They rely on sampling body cells or fluids (such as blood or a cheek cells) and measuring some biomarkers, which are molecular signals of the body’s health or disease status.

Mitochondria are the powerhouses of the cell. They break down nutrients and, through a sort of “assembly-line,” produce energy in the form of substance called adenosine triphosphate (ATP). ATP can then be used by the cell whenever energy is required. This process is also called cellular respiration. Mitochondria are small structures (organelles) that float freely throughout the cell. Some cells have only a few mitochondria while others have several thousand. If a cell needs more energy to survive, more mitochondria can be created.

Epigenetic mechanisms are one way to regulate the function of DNA, meaning whether the DNA can be used to make proteins with various jobs within the cell. Epigenetic mechanisms modify the 3D structure of the DNA molecule, making it either more “open” (functional/active) or more “closed” (inactive) (Figure 1). One of the most important epigenetic mechanisms is called DNA methylation, which is the addition of a chemical structure called a methyl group (CH3) to the DNA. We can imagine methyl groups as “flags” that can be added to or removed from specific DNA sequences to regulate them [1, 2].

Moreover, overweight subjects showed higher levels of methyl groups in the D-loops of their mitochondrial DNA (Figure 3B). This suggests that problems with mitochondrial function might occur in individuals with an unfavorable body composition, even when they are young. In boys, we saw only small differences in mitochondrial biomarkers so, to know for sure whether obesity is correlated with mitochondrial DNA methylation in boys, more samples must be studied.

Mitochondrial Epigenetics as a Biomarker?

Looking to the Future

Nutrition and physical activity, along with genetics and age, determine how much fat and muscle each person has inside their body. If we have unhealthy eating habits and are not active, our bodies store extra fat that they do not need. Unhealthy body composition and poor diet have consequences not only on body shape but, more importantly, on body functions. Specifically, an unhealthy body composition might impair the activity of mitochondria and their ability to produce energy efficiently, while eating healthy foods keeps the body lean and powerful. This is not only because healthy foods are good fuel for our cells, but also because healthy foods keep the engine of our cellular powerhouses—the mitochondrial DNA—properly functioning. This is why balanced nutrition, together with moderate physical activity, makes us feel healthy and energetic.

This study suggests that poorly regulated epigenetic mechanisms, specifically DNA methylation, might happen in obese girls, highlighting a way that mitochondrial functions might be regulated. However, always remember that scientific evidence can be confirmed only after many repetitions! Further experiments using more samples are necessary to confirm these findings. Replication of experiments might also help to clarify the inconclusive findings that we saw in boys in our study. We hope that the new findings emerging from this work will encourage the scientific community to keep investigating mitochondrial DNA methylation, because such studies might provide new insights on the effects of diet on human health.

Body Composition: ↑ The content of the body—not only the weight, but also the relative abundance of each body component (fat and muscles in particular).

Biomarker: ↑ Any measurable parameter or molecule that can give us some hints about the health status of the subject, or could be used to predict the risk of a disease.

Mitochondria: ↑ Small organelles that produce energy (in the form of ATP) by burning food.

Adenosine Triphosphate (ATP): ↑ A small molecule used by the cell as a type of energy storage. ATP is used for most cellular functions that require energy.

Cellular Respiration: ↑ A biochemical process, occurring in mitochondria, used by the cell to produce ATP from food.

Organelles: ↑ Is a subcellular structure that has one or more specific jobs to perform in the cell.

Epigenetic Mechanisms: ↑ A series of biochemical modifications that regulate which proteins are produced from a certain DNA molecule, without modifying its sequence.

DNA Methylation: ↑ A chemical modification of the DNA that regulates how DNA should be read and, consequentially, whether proteins can be made from it.

We are grateful to Sara Gianfelici for her contribution in drawing the graphical representations in Figures 1, 2. 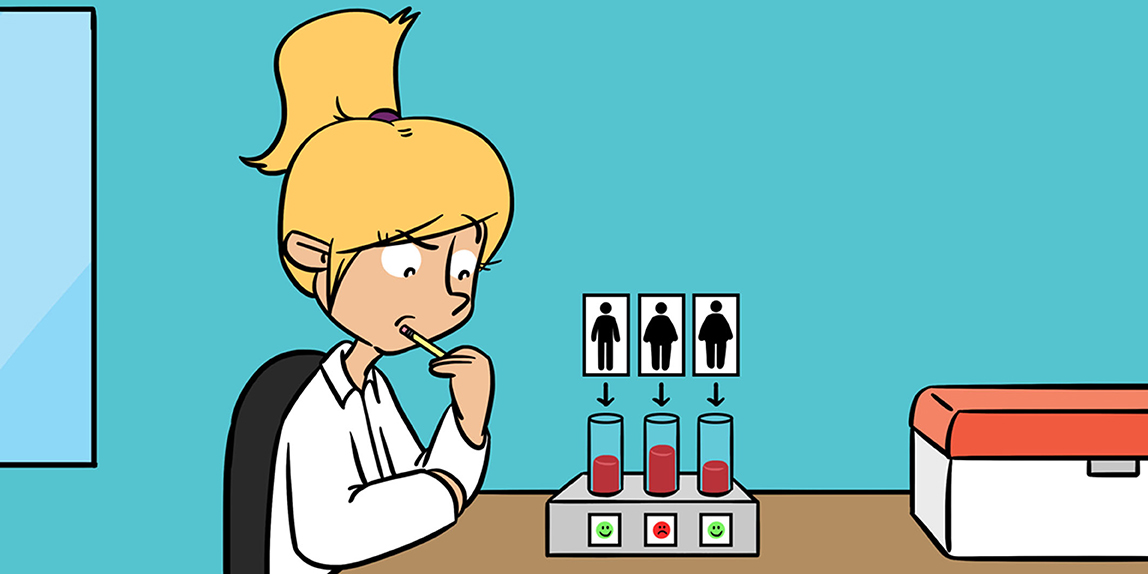 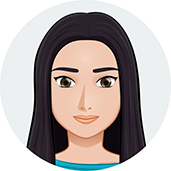 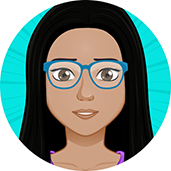 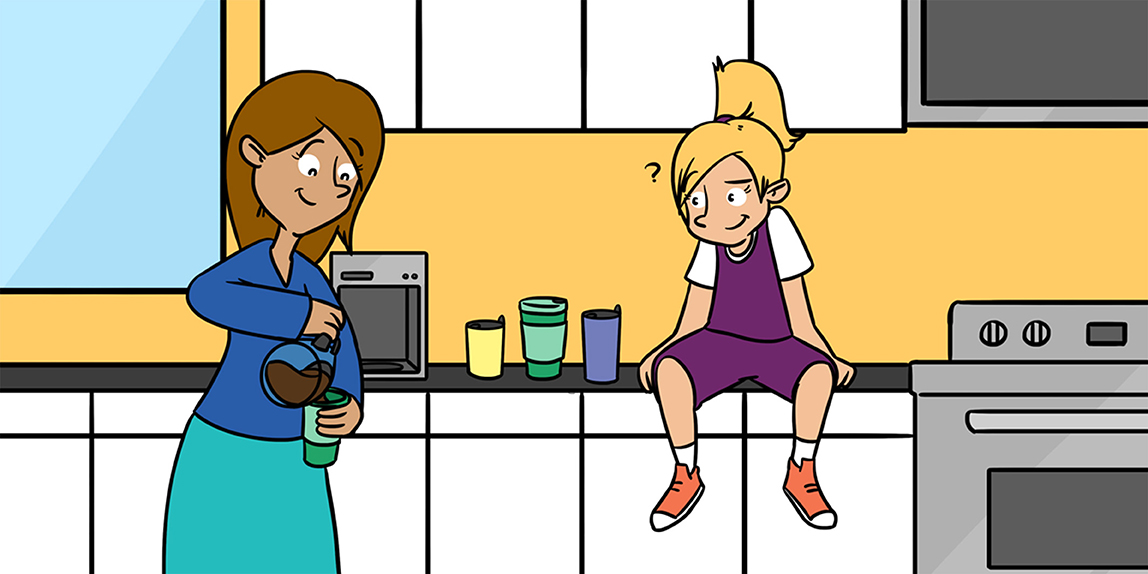 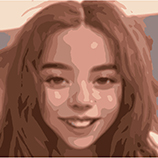 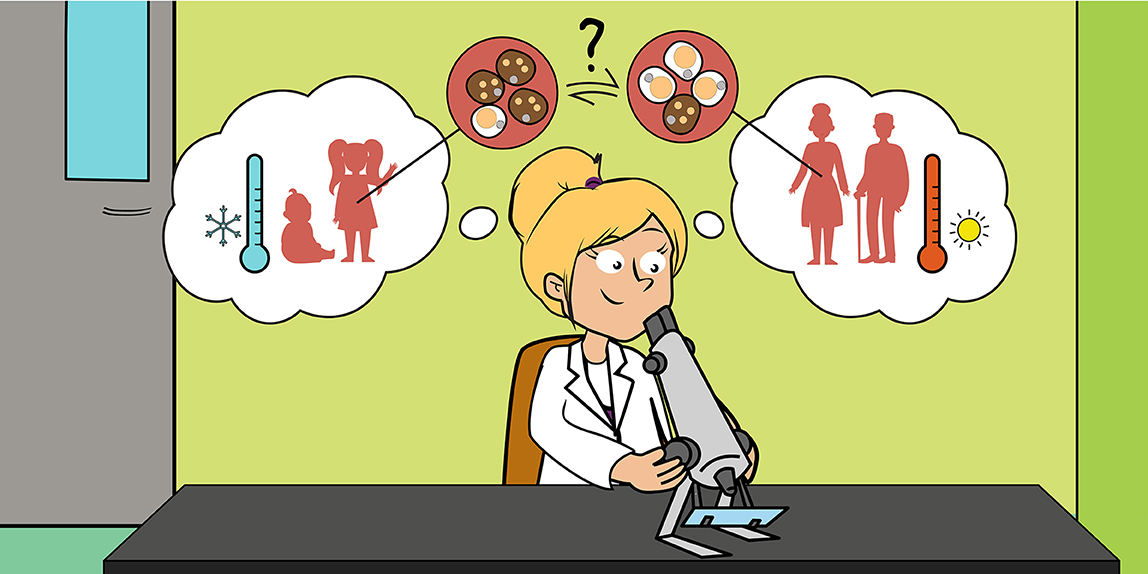 Fat tissue, called adipose tissue, is our energy storage and it plays a vital role in the growing process. Did you know... 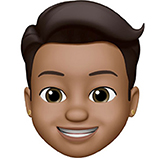 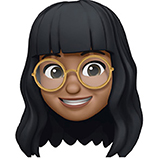 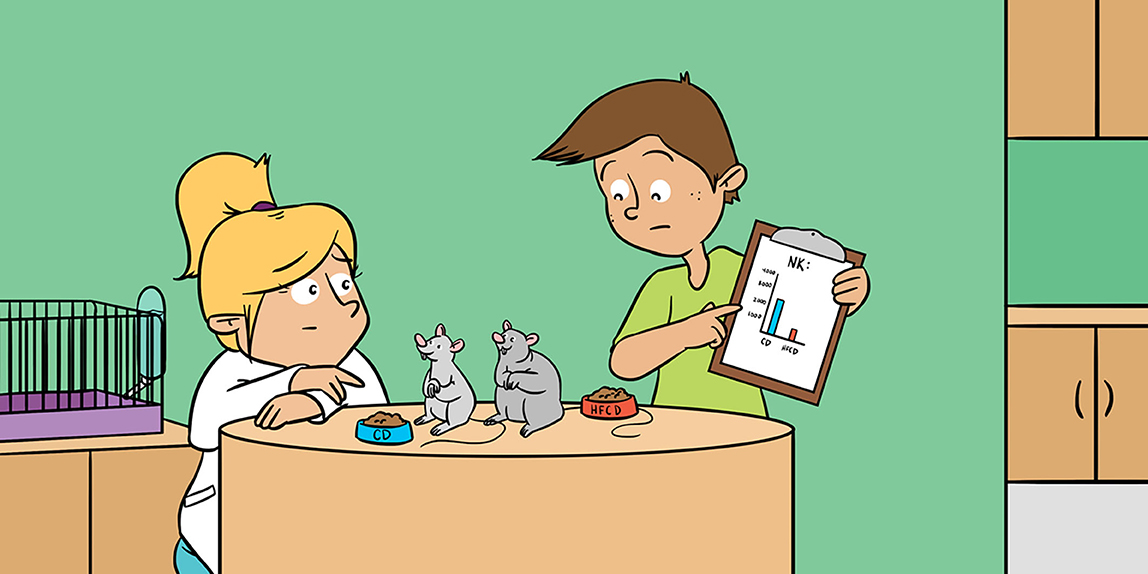 Obesity has been known for years to be a major health problem. Rates of obesity have been steadily increasing all over... 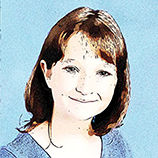 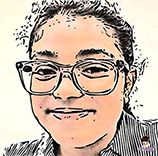