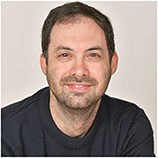 Iair (pronounced “ya-eer”) Arcavi is an astrophysicist at Tel Aviv University. He studies fleeting energetic events in the Universe, like exploding stars (supernovae), stars torn apart by black holes (tidal disruption events) and merging neutron stars. In order to catch and observe these events he uses a network of robotic telescopes spread out around the world, that can react within minutes. When not doing astronomy, Iair enjoys photography, traveling to new places, and eating good chocolate. *arcavi@gmail.com

My name is Willow (named after the character from Buffy the vampire slayer), I am an 8th grader at a local middle school. I love playing soccer and kicking around a ball with my dog, Suki. In my free time, I enjoy baking and hanging out with friends. 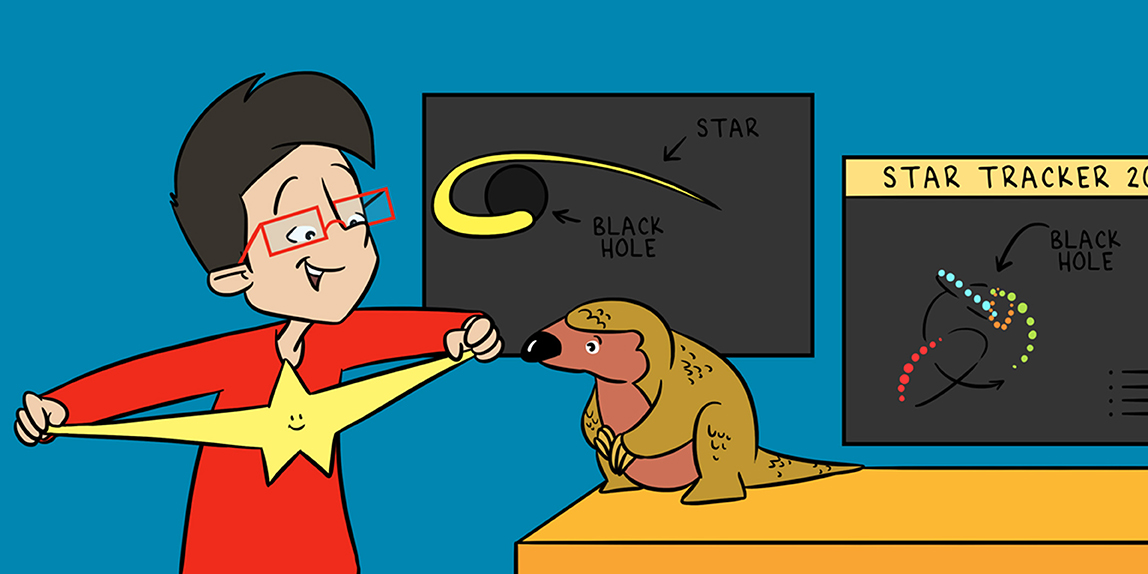 Studying invisible objects in space that are hundreds of millions of light years away may sound impossible. But, in recent years, astronomers have developed a new way to investigate a type of invisible and distant objects—super-massive black holes. Black holes are the most densely packed objects in the Universe. When stars get close to super-massive black holes they can be torn apart, which produces a relatively brief but informative flash of light. These star-destroying events can help us to discover the locations of the most massive black holes in the Universe, but only if we know how to find and interpret them. In this article, we will discuss different ways we can “see” black holes, and particularly what we do and do not yet understand about stars getting “tidally disrupted” by them.

It is not easy staring into the center of our galaxy, the Milky Way. Not only because it requires piercing through interstellar “dust” that absorbs visible light, but also because there is a monster lurking there. Two scientists, Andrea Ghez and Reinhard Genzel, received the 2020 Nobel Prize in Physics for looking that monster right in the face.1 They developed instruments and methods to obtain a clear picture of what is going on at the heart of the Milky Way. There, they found a group of stars and followed their movements for over a decade. The stars were seen to orbit a point in space as if they were affected by the gravity of 4.5 million suns (Figure 1). But, at that point in space, nothing was emitting any light. What object could produce the gravitational force of 4.5 million suns and not produce any light? A black hole. And not just any black hole, but a super-massive black hole.

Black holes are extremely dense objects, equivalent to shrinking the entire Earth down to the size of a ping-pong ball. The black hole at the center of the Milky Way, with its mass of 4.5 million suns, could fit inside the orbit of Mercury. The Milky Way is not the only galaxy hiding such a monster. In fact, super-massive black holes probably lie at the center of all large galaxies [1] and can be as massive as a 100 billion suns [2]. We do not understand how the universe forms such monstrous objects. Even more puzzling is that super-massive black holes can be seen already in the early Universe—when the Universe was younger than the time it should take such black holes to form [3].2

The challenge in trying to investigate black holes is that they are, obviously, black—they do not emit light—and so they are very hard to detect. The method used to discover the super-massive black hole in the center of our galaxy—measuring the movement of stars around it—can be used only for the closest galaxies. Beyond those, even our most sophisticated telescopes cannot distinguish the movements of individual stars in the centers of galaxies.

Like the gas around active black holes, the half-star that stays in orbit around the black hole will orbit closer and closer to it, speed up, heat up, and emit light. However, unlike active black holes that have a huge supply of gas that generates light continuously, in the case of a lone disrupted star, the light will fade within weeks or months, once all the material from the orbiting half-star falls into the black hole. From the black hole’s point of view, it is a snack rather than a feast. But for scientists studying black holes, it is an opportunity that reveals the existence and properties of an otherwise invisible object.

The Mysteries of Tidal Disruption Events

The TDE phenomenon was predicted as early as the 1970s [7], but we have only recently found and identified it using telescopes [8]. One of the reasons that it took so long to start finding these events was that the properties of the light emitted by TDEs are different than what we expected. When gas warms up before falling onto a black hole, it emits very high-energy X-ray light. However, the TDEs we are finding today emit mostly visible and ultraviolet light, at temperatures and brightnesses that are 10 to 100 times lower than what was predicted. Why is that? We do not really know.

Another mystery relating to TDEs is the galaxies in which we find them [9, 10]. Almost all TDEs discovered today are found in galaxies that experienced a burst of star formation a few hundred million years ago. These post-starburst galaxies are rare—they make up only a few percent of the galaxies in the universe—but they host about 9 out of 10 TDEs. How does a burst of star formation relate to an increased TDE rate a few hundred million years later? We do not fully understand that either.

We set out to find TDEs around super-massive black holes so that we could identify and study the black holes themselves. We indeed found the TDEs we were looking for but, as happens often in science, they presented us with new and unexpected puzzles. As we discover and study more TDEs, we hope that we can both solve their puzzles and learn to use them as tools for investigating the monsters that lie at the heart of every galaxy.

Black Hole: ↑ An object so dense that even light cannot escape its gravitational force.

Super-Massive Black Hole: ↑ A black hole that is a million or more times more massive than the sun.

Tidal Disruption Event (TDE): ↑ The act of a star being torn apart after getting too close to a black hole.

2. ↑Due to the time it takes light to travel across the vast distances in the Universe, the farther away we look, the further back in time we are seeing. This allows every telescope to act like a time machine that can see into the Universe’s past. 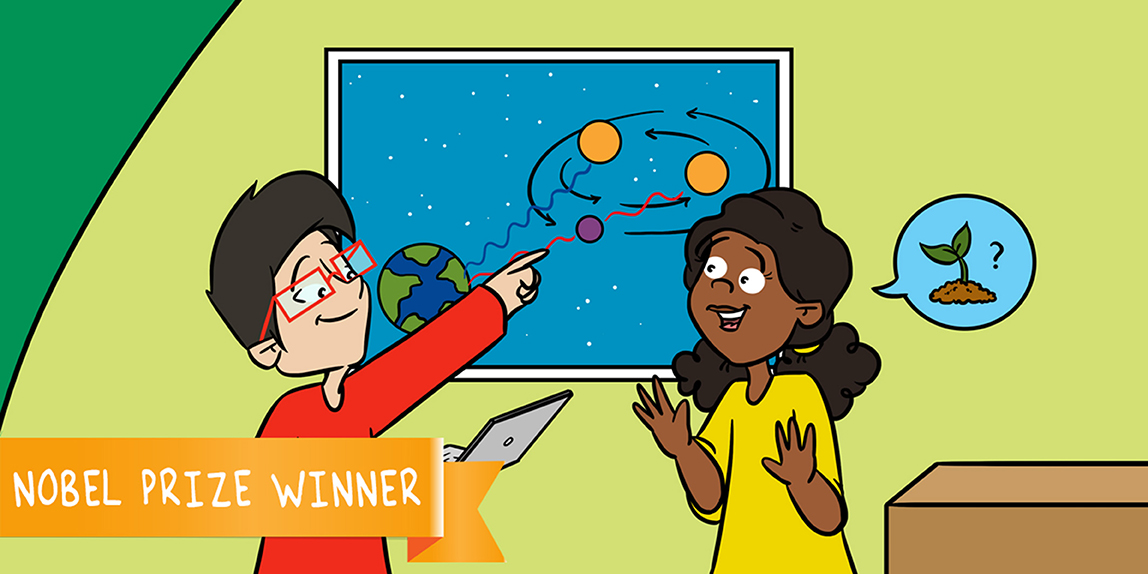 Distant Planets and Big Promises: How to Detect...

One of the most interesting, exhilarating, and captivating questions that we can ask ourselves is: does life exist in... 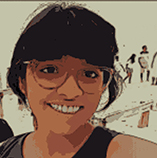 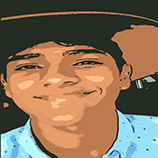 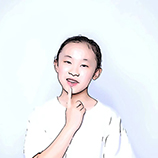 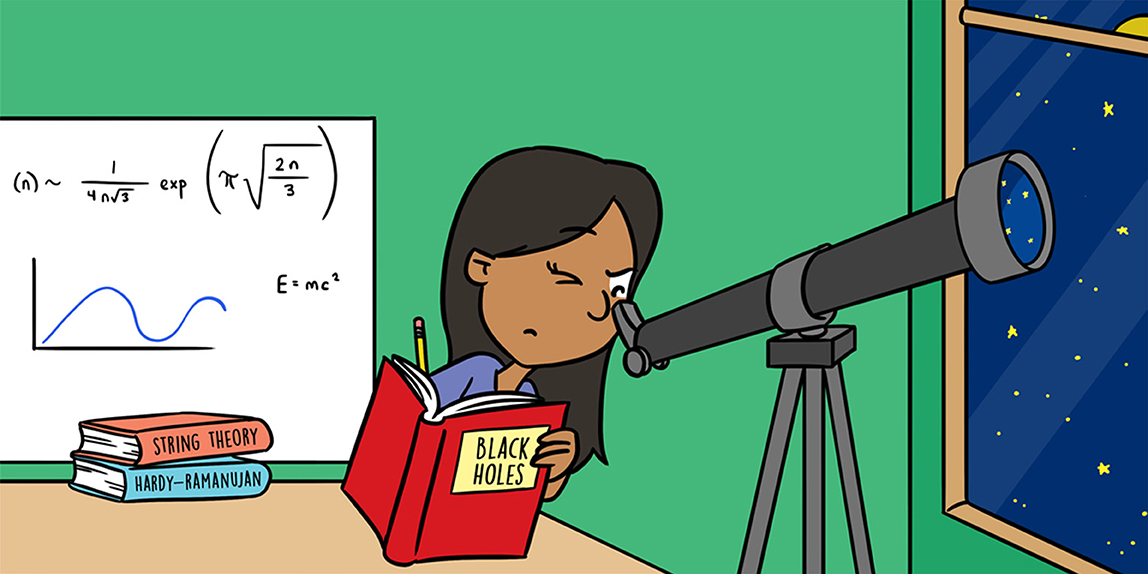 Gravity is a universally attractive force, which tries to cause matter to clump. This means that in diverse physical... 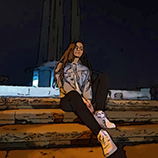