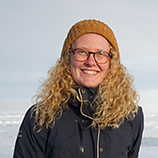 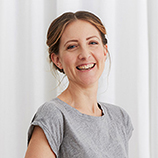 I am a senior researcher at the Technical University of Denmark. My research is about how small particles, including nanomaterials and microplastics, behave in the environment. I am interested in understanding their distribution, if and how they degrade and how they affect animals. I am also interested in how we can avoid (or minimize) pollution. At the same time, I am passionate about communication and gender equality in science. I spend my free time on yoga, jewelry making and my family, which includes my husband, two sons, and two cats. 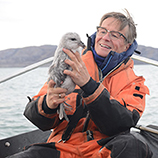 I am a section leader in toxicology at the Norwegian Polar Institute and professor in biology at The University Center in Svalbard. My research relates to finding new pollutants in the Arctic environment, pollutants in marine food chains, and effects of pollutants on Arctic seabirds. Lately, I have investigated effects of plastic pollution on seabirds and marine mammals. I think communicating my science to young generations is important. I have produced two children’s books (Arctic Seabirds and Plastic Sea). A third book about pollutants in the Arctic is under production. 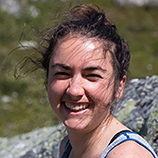 I am a postdoctoral researcher at the Technical University of Denmark and I have been working on microplastics and their interactions with aquatic animals for many years. I am very interested in finding out how pollution from microplastics and chemicals impacts our ecosystems, especially in the changing conditions that come with climate change. I am especially passionate about the ocean and I work with some of the tiniest swimming animals (zooplankton). In my free time I love going diving and snorkeling. *siri@aqua.dtu.dk 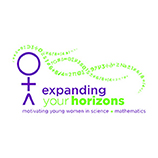 Expanding Your Horizons has been active in Geneva since 2009 with the goal of encouraging girls in the Geneva region to explore STEM careers, and to continue with mathematics and science in school. The non-profit association runs the bi-annual EYH conference, supported by local organizations. 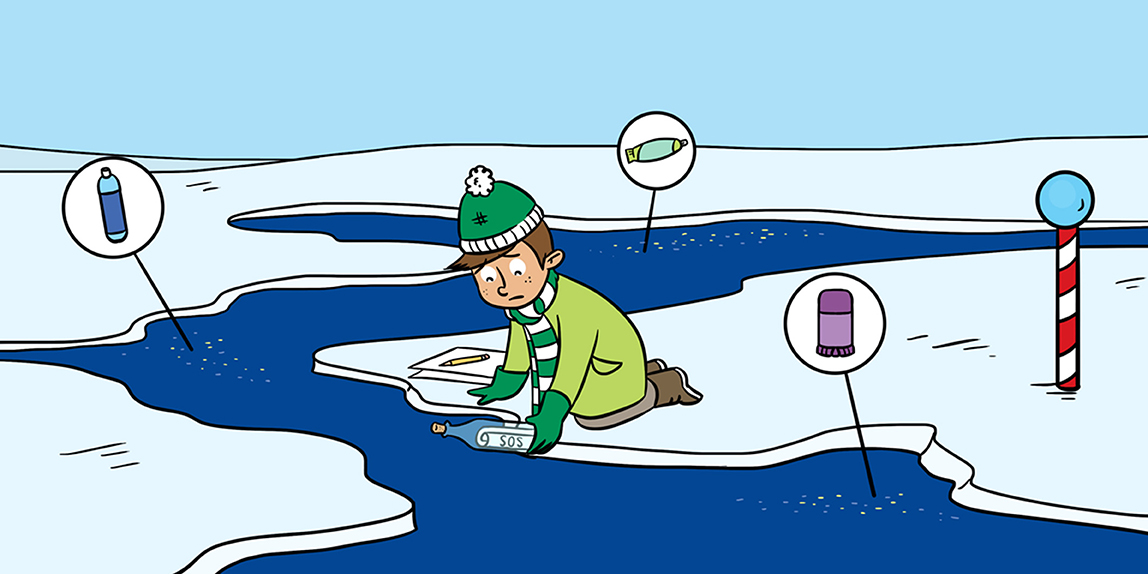 Did you know that plastic waste is so widespread across our planet that it can be found even in the far north, in the Arctic Ocean? Plastic ends up in the environment in many different ways, and researchers are trying to figure out how this pollution affects the animals and plants living in environments that contain plastic waste. Here comes a message in a bottle from the North Pole, telling you a story about tiny pieces of plastic in the Arctic Ocean. How is it even possible for plastic waste to reach the Arctic Ocean? What happens to the plastic once it is there? Is the plastic harming Arctic animals? And how can we prevent plastic pollution? Join us on a chilling story about plastic pollution in our northernmost waters: the fascinating Arctic Ocean.

Why is Plastic Polluting the Oceans?

Plastic waste, also called plastic litter, is found in all oceans around the world—even as far north as the Arctic. But how does plastic get there? Let us start by looking at where plastic comes from. Have you thought about how many plastic items you use each day? Your toothbrush, water bottle, computer, and many clothes are likely made at least partly of plastic. But what is plastic? Plastic is the general name for a group of many different artificial materials, which is why plastic can have so many different properties and applications. Since we need plastic for many products, extremely high amounts of plastic are produced. Plastic products eventually wear out and become waste. Even though we try to collect, reuse, and recycle plastic waste, a very large amount of it is lost and ends up in the oceans. Maybe you have noticed that it is almost impossible to walk along a beach without finding plastic litter, like water bottles?

Plastic litter is not only found on beaches. It is everywhere in the oceans: floating on the surface, suspended in mid-level water, and lying on the seafloor. The majority of the plastic in the oceans comes from land, most from direct littering and mismanaged waste. This plastic litter is transported to the ocean by the wind or along rivers. Much plastic is also discarded directly at sea, for example abandoned fishing gear. Once in the environment, plastic litter starts breaking down into smaller pieces, but it takes hundreds of years for the plastic pieces to fully disappear. When the pieces have reached the size of a few millimeters or less, they are called microplastics. Sometimes microplastics are even produced intentionally, for use in soaps and toothpastes for example, and they can reach the environment when they are washed down the drain with the wastewater we produce in our homes [1].

How Microplastics Travel The World’s Oceans

Once microplastics reach the oceans, many different things can happen to them. If the plastic material is heavy, it can sink to the seafloor. Plastic can also become heavier and sink if animals, plants, or bacteria start growing on it. If the plastic material is light and floats in water, ocean currents can transport it over long distances [1]. All oceans on Earth are connected by water currents. Our smallest ocean, the Arctic Ocean, is a place that may seem far away, but microplastics are found even there. Aside from plastic pollution, the Arctic is also a region where climate change acts very quickly and where other environmental pollutants accumulate in high amounts. Many researchers are interested in the Arctic and hope to better understand how we humans impact the world’s oceans.

Now that you know how microplastics end up in the Arctic Ocean, you might wonder where within the ocean they go. To find out, researchers collected samples of water, seafloor sediments, organisms, and ice, and carefully analyzed them for microplastics. They detected microplastics in seawater, sediment, sea ice, snow, on beaches, and even inside animals from the Arctic Ocean [4]. Especially high amounts were found within sea ice. Sea ice forms from seawater, in contrast to glacial ice that forms from snow or freshwater. The Arctic Ocean has a large floating cover of sea ice, but due to climate change that cover is decreasing rapidly. When sea ice melts in the summer, the microplastics within it are released into the seawater, where many organisms are present at that time of the year [3]. Sea ice is often covered with snow. Microplastics found in Arctic snow were probably transported in the air and settled with snow, rain, or just by gravity.

The Arctic is a unique and vulnerable ecosystem, and is already under a lot of pressure from climate change, which is rapidly causing dramatic changes there. Human activity is also increasing in the Arctic, which is increasing the input of pollutants such as chemicals and microplastics. On top of climate change and chemical pollution, microplastics could be an additional threat that intensifies the total pressure on the Arctic ecosystem. We need to do more research to better understand the amount of microplastics present in the Arctic and the effects that these substances have. In the meantime, we all need to take action against the accumulation of plastic litter in our oceans, before it increases even more. Once microplastics are in the ocean, they are virtually impossible to remove and could stay there for centuries to come. Governments and municipalities need to improve their systems for handling plastic waste, including wastewater treatment, plastic waste collection, and recycling. At the same time, we can all help! Avoid buying and using unnecessary plastic products, reuse and recycle plastic items, collect plastic litter from the environment, and tell your friends and family all about what you have learned in this article. Let us spread this message in a bottle to work together for a future Arctic Ocean without plastic pollution!

Microplastics: ↑ Tiny pieces of plastic that are a few millimeters or less in size. They mainly stem from the breakdown of bigger plastic items.

Wastewater: ↑ Water coming from the drains of our homes and industries. Wastewater can be treated (cleaned) before it is released back to the ocean, lakes, or rivers.

Sea Ice: ↑ Ice that is formed when seawater freezes.

Trophic Transfer: ↑ Transfer of substances and/or particles, like microplastics, from the body of a prey organism to that of a predator, when the prey is eaten.

Zooplankton: ↑ Small animals, some of which are microscopic in size, that drift in oceans, lakes, and rivers.

Excretion: ↑ Release of waste products, such as urine and feces, from an organism. 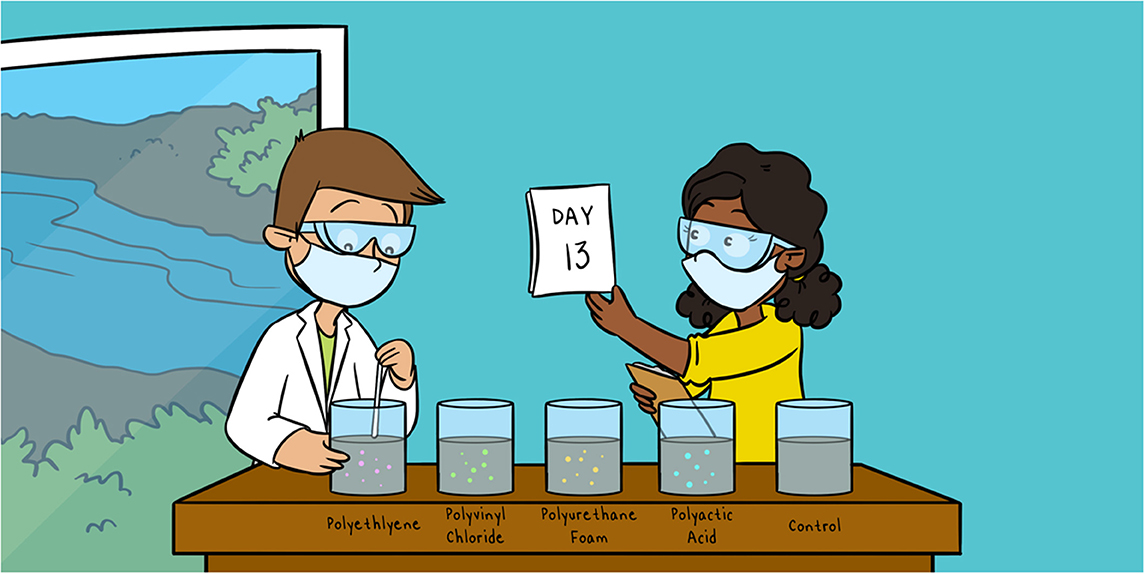 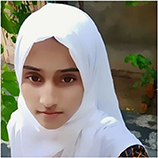 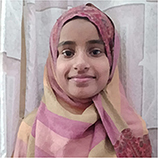 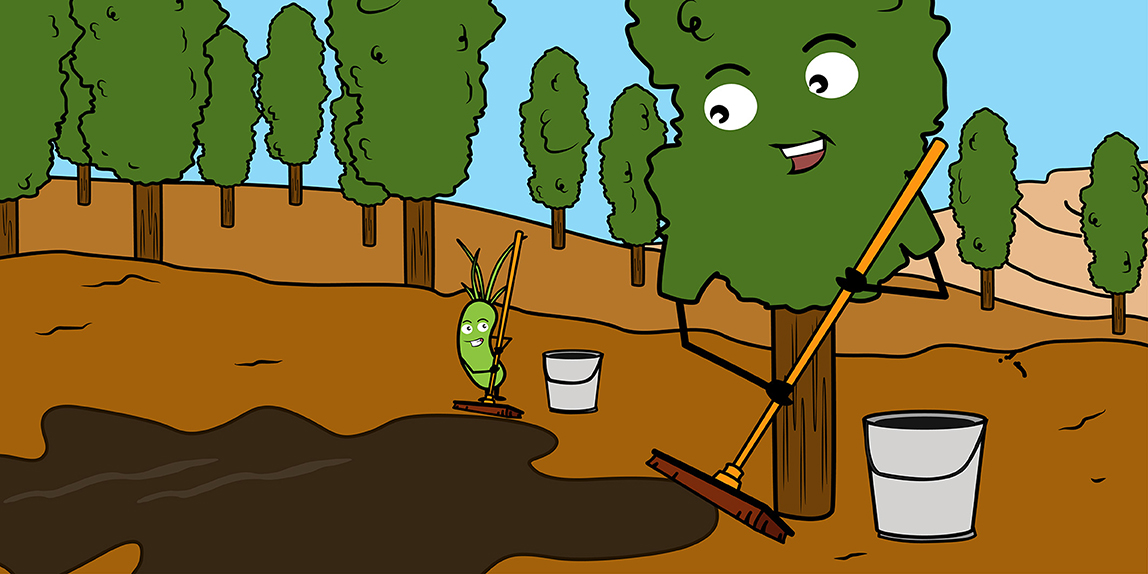 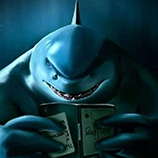 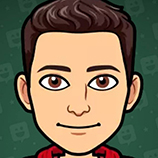 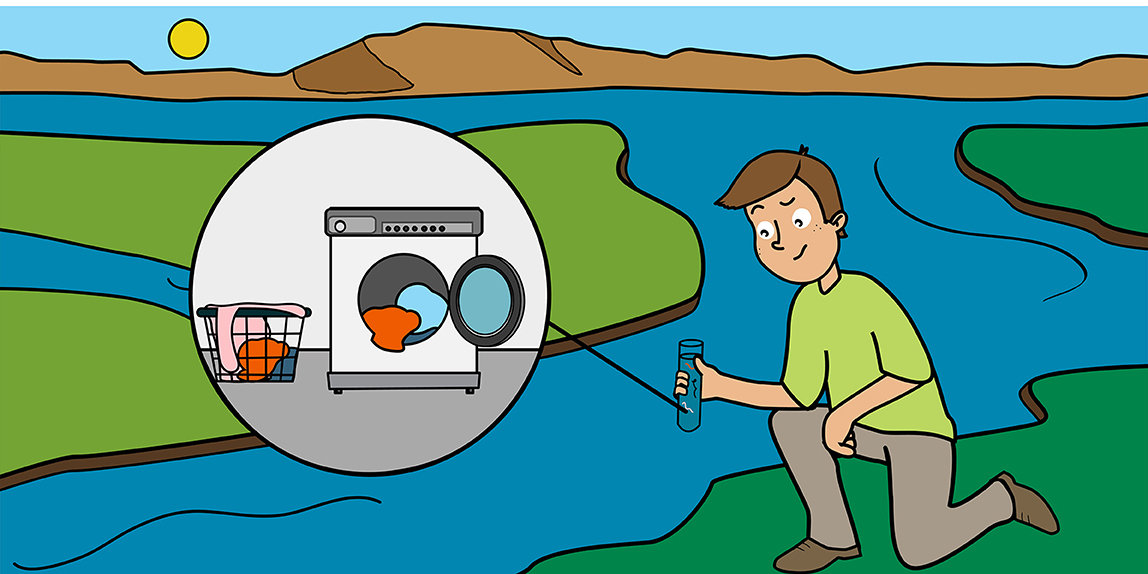 Fluffy Rivers: How Our Clothes Can Harm Rivers...

Microplastics are one of the most well-known types of environmental pollution. A microplastic is any piece of plastic... 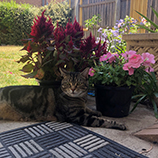 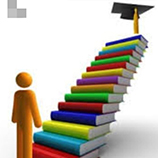 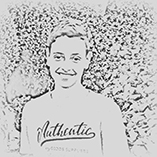 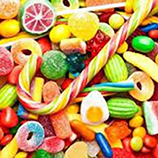 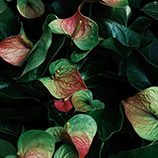 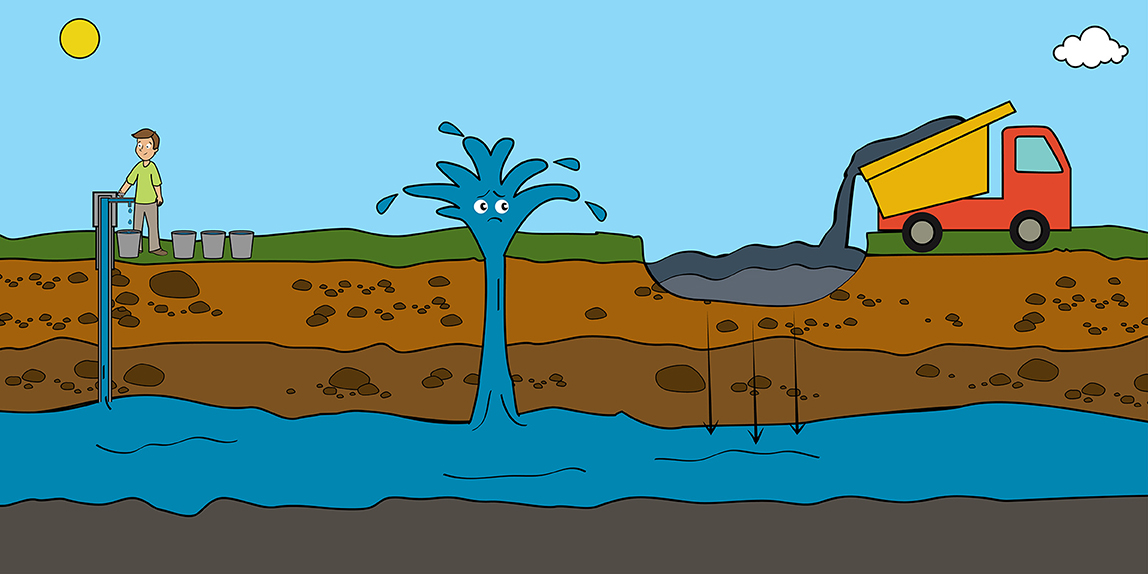 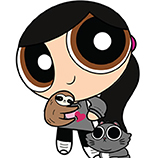