Infinity and Trying To Do Maths With It 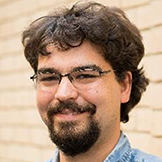 I am a Senior Teaching Associate at the University of Bristol, UK. My research interest is in the pure branch of mathematics, more specifically in “number theory.” Often, problems in number theory are easy to ask, but the tools needed to answer such questions are very complex. *f.j.s.c.bouyer@gmail.com 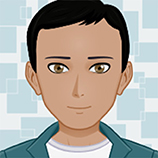 My name is Rik and I am (5 × 3) − 2 years old. I guess that tells you I am a math nerd. Learning guitar, playing soccer, and acting are also some of my favorite things to do. 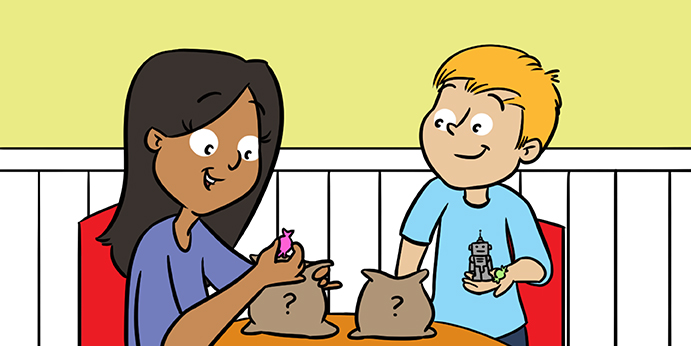 Have you ever been in the playground playing a game of naming the biggest number you can think of? How quickly does someone say “infinity?” Then the next person says, “infinity plus one,” and the game never seems to stop. But is infinity plus one really bigger than infinity? Can we do maths with infinity? Georg Cantor (1845–1918) was one of the first mathematicians who studied infinity. He came up with different examples where infinity appears in mathematics. He also discovered that there were different types of infinity. This made other mathematicians dismiss his work as wrong and confusing. It was David Hilbert who made infinity understandable with his Infinity Hotel in 1924. His explanation was a story of a hotel that even when it was full, had space for more guests. This article tries to explain infinity in a similar way.

Infinity is strange and confused mathematicians to start with. It comes up naturally when we first learn that counting goes on forever. To help us understand the strange behavior of infinity, mathematicians went back to the basic and tried to define what it means to count.

Imagine you have a bag full of sweets. You cannot see in the bag, but you want to know how many sweets you have. The best way to do that would be to reach in the bag, pull out the first sweet and say “one.” Next, you would pull out the second sweet and say “two.” You would keep doing this until the bag is empty. The last number you say is how many sweets you have in your bag. This is how we learn to count, no matter what objects you have in your bag.

The cardinality of a bag of objects1 is the number of objects in the bag. This can be determined by counting how many objects are there in the bag.

A bag of objects is countably infinite if it has the same cardinality as ℕ. In other words:

The way to pair the numbers from ℕ and 2ℕ is to say: the nth number is paired with the even number 2n. Examples:

Adding One To Infinity

As before, we call the first bag ℕ, and we will add “th” to the end of any number in that bag. The second bag, which contains A, 1, 2, 3, and so on, will be called as ℕ0. We pair every object in ℕ with a single object in ℕ0 using the two rules:

This way, every object in ℕ is paired with a single object in ℕ0. Therefore, both bags have the same cardinality, so the same number of objects.

We will use the symbol ℤ to mean the bag containing all the numbers (positive, negative, and zero)4. To pair up the numbers in ℕ with the numbers in ℤ, we need to use more complicated rules.

Again, we have paired every object in ℕ with an object in ℤ (Figure 2). This means that they have the same cardinality. Hence, ℤ is countably infinite. There are as many numbers (positive and negative) as there are positive numbers.

Example 4: Imagine the bag containing all the positive numbers and remove the number 1 from it. We will call this bag ℕ1. We show that the bag ℕ1 is countably infinite by pairing every element of ℕ1 with an element of ℕ. As before, we will add “th” to the end of any number coming from ℕ. We will pair the nth number (from ℕ) with the number n + 1 from ℕ1.

Every object in ℕ is paired with a single object in ℕ1. Therefore, both bags have the same cardinality, so the same number of objects.

This logic works for any number of things we remove from the bag ℕ. No matter how many finite things we take away from ℕ, the bag is still countably infinite and still contains the same number of objects.

Now, what if we removed countably infinitely many objects? Then the answer depends on what we remove.

This article shows some of the strange behaviors of infinity. The examples above show that we cannot work with infinity as if it is a number. When we perform addition and subtraction, infinity behaves differently than numbers do.

While this strangeness confused mathematicians at first, by going back to basic, they managed to understand infinity. This has been repeated throughout the history that the concepts that were once mysterious were finally understood by being careful with definition.

Cardinality: ↑ The number of objects in a bag.

Countably Infinite: ↑ A bag that contains infinitely many objects, but we can still count the objects. In other words, a bag with the same cardinality as ℕ.

ℤ: ↑ The “integers”, the bag that contains all the negative numbers, zero and all the positive numbers.

3 ↑ We use the adjective countably, as there are other types of infinity that are infinitely bigger than countable infinite.