What Happens in Your Mind and Brain When You Are Excluded from a Social Activity? 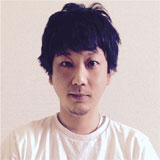 I am a postdoctoral research fellow in the Graduate School of Arts and Sciences of the University of Tokyo, Japan, studying intrapersonal and interpersonal processes of social exclusion using event-related brain potential (ERP), facial electromyogram (facial EMG), and functional magnetic resonance imaging (fMRI), as well as behavioral and subjective measures. Currently, I am also investigating social strengths of curiosity and negative/positive feedback processing in children. *taishi.kawamoto@gmail.com 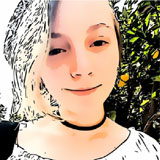 Hello, for the past few years, I have been captivated by both psychological and political topics. I learn mainly through books and occasionally the Internet.

In school and in everyday life, we sometimes experience rejection by classmates, or we might see someone being excluded from an activity. What do excluded individuals feel? How does the brain process information about being socially excluded? In the past few decades, psychologists and social neuroscientists have investigated the influence of social exclusion on our mind, brain, and behavior. Social exclusion is a complex and ambiguous phenomenon, and therefore, we process information about it dynamically and often cope with it flexibly. In this article, I have described the dynamic effects of social exclusion on our mind, brain, and behavior by developing a model of what happens in the brain and the actions people take upon experiencing social exclusion.

What is Social Exclusion?

Social exclusion refers to the experience of being socially isolated, either physically (for example, being totally alone), or emotionally (for example, being ignored or told that one is unwanted). When someone excludes you, you probably feel bad or even experience “painful” feelings. Why does social exclusion cause these feelings? One possibility is that human beings are social animals, and we have been selected by evolution to live together with others. Social exclusion tells us that social relationships are threatened or damaged, and therefore, exclusion tells us there is a crisis, by causing aversive feelings. Previous research by psychologists (people who study the mind and behavior) and social neuroscientists (people who study the neural, hormonal, cellular, and gametic mechanisms underlying social interaction and behavior) has revealed much about what happens during and after social exclusion. Before beginning to explain how social exclusion dynamically affects our mind, brain, and behavior, I would like to briefly introduce the mystery of social pain—defined as the painful feeling caused by social exclusion.

The Pain of Social Exclusion

We often use the term “painful” to describe the feeling we have when we are being excluded. The question is, why do we use this word to describe what we feel, even though we do not have actual physical injury or pain? Using the concepts, “pain,” or “painful” to describe the feeling of being excluded or rejected by others is common across languages. I live in Japan, which is probably very far from where you are live. In Japan, I use the word “pain” to describe my feelings when I end a relationship with a lover or a friend, or when my parents exclude me. It is quite possible that you also use a similar word to describe your feelings under similar circumstances.

Prior social neuroscience studies have shown that similar areas in the brain are activated when we experience physical and social pain. Scientists have often used the Cyberball task to study social pain in the laboratory [1]. In this task, participants play an online ball-tossing game with two or three other players, in which the other players might exclude the participant by throwing fewer tosses at him or her. In one study, participants played this game while inside a brain scanner called a functional magnetic resonance imaging (fMRI) scanner. The fMRI can identify brain regions that become active when an activity is being performed. When the participants experienced social pain during the game, an area of the brain called the dorsal anterior cingulate cortex (dACC) became activated [2]. The dACC is also known to activate when we experience aversive feelings of physical pain, suggesting that social and physical injuries are similarly processed by the brain (see Figure 1).

We dynamically interpret and process information about social exclusion, because of the ambiguity and complexity of social exclusion. Just imagine the Cyberball game: You have been looking forward to playing the game, but when it starts, the other two players do not throw balls at you. You wait and wait hoping that the situation will change, but the game ends without you getting any balls. How would you feel during the game, and how would your brain respond to this situation over time?

We have previously proposed an “intrapersonal and interpersonal process model of social exclusion” that describes what happens to our minds, brains, and behaviors during and after social exclusion [4] (see Figure 2). When we are excluded, we detect, appraise, and regulate the aversive impact of social exclusion. Detection and appraisal are associated with an “alarm system,” which signals that there is a problem requiring our attention [5]. Both detection and appraisal have been explained by using the analogy of a smoke alarm. An alarm works by detecting smoke (detecting that something is wrong or abnormal) and by ringing (sending out a warning to bring attention to the problem) when a fire occurs. These functions of the alarm help us to notice that a fire has occurred and that there is a need to take action. The warning sound is discontinued when there is no abnormal smoke. During social exclusion, we need to detect the event that threatens a relationship (detecting that something is wrong or abnormal) and appraise how painful it is (pain is the warning sound). Both systems are associated with the dACC and evoke social pain. There is another area of the brain, called the ventrolateral prefrontal cortex (VLPFC), that is known to reduce social pain. The VLPFC helps regulate the sound of the alarm so that it does not become too loud. The loudness of the alarm (the amount of social pain) changes with time during social exclusion, based on the degree of threat associated with the exclusion. Thus, it seems that we continuously detect, appraise, and regulate social pain during social exclusion.

What should you do if you hear the alarm bells ringing without stopping? How we cope with social exclusion is known to be situation dependent. Excluded individuals enhance their social monitoring system (SMS) to determine how to behave. More specifically, excluded people become highly attentive to how other people might be feeling and thinking. The brain regions that are associated with understanding thoughts and beliefs of others (the dorsomedial prefrontal cortex and temporoparietal junction) and cognitive processes related to attention (ERP component called the P1), and facial recognition (ERP component called the N170) are known to be involved with the SMS. This system helps excluded people to navigate social environments. Excluded people decide how they should behave based on SMS. If there are cues of social acceptance, such as opportunities to build new relationships and the smiling faces of others, excluded people behave prosocially, which means behaviors performed with intention of helping others and being included by others. Prosocial behavior helps to reduce social pain by helping the person to feel connected. On the other hand, excluded people might also behave aggressively if there are cues indicating social threats (e.g., excluders and peers of excluders). Behaving aggressively helps to protect them from further social exclusion. If a person is so socially excluded that there are no other people in his or her life, how does the excluded individual cope? It is known that excluded people in such situations sometimes use mental representations associated with feelings of connectivity, such as memories of family members and favorite TV characters, to temporarily reduce their social pain. Thus, excluded people cope flexibly depending on the situation.

So far I have described how a single instance of social exclusion affects our mind, brain, and behavior. How would these processes change if social exclusion is long-lasting and repeated? We can speculate about this by investigating individual differences in attachment anxiety and avoidance, both of which are related to the history of social exclusion [6]. Attachment anxiety is the degree to which people are concerned about being excluded by others who are close to them. Anxious-attached individuals often have early social experiences of unexpected social exclusion, in which their parents or caregivers flooded them with affection in one moment and rejected them in the next. Attachment avoidance, on the other hand, is the degree to which people avoid closeness and intimacy with others. People with attachment avoidance have often experienced chronic social exclusion by caregivers who have not helped them to feel comfortable and accepted.

Chronic social exclusion might also change how people behave after being excluded. One study suggested that chronic social exclusion is one of the causes of school shootings that occurred in the US [7]. It is possible that social exclusion damages our ability to control impulsive behaviors including aggression. It is also possible that people who are frequently excluded tend to see ambiguous actions of other people as hostile, even if those actions are not hostile. So, long-lasting and repeated social exclusion might also have the potential to change a person’s interpretations about how others feel, think, and behave. These changes might result in violence and damaged relationships, which could result in crimes and jail sentences in the worst cases.

What can you do for your friends, if you see that they are being excluded by someone? If your friends are being excluded, help them to the best of your ability by taking kindly with them and empathize by saying, for example, “I know how painful it is.” Such support, in fact, has the potential for helping excluded individuals feel less pain and to behave less aggressive.

This work was supported by Grant-in-Aid for JSPS Fellows (15J07499) from the Japan Society for Promotion of Sciences.