Drought, Floods, Climate Change, and Forest Loss in the Amazon Region: A Present and Future Danger? 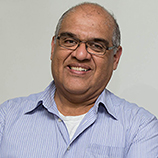 Jose A. Marengo is a Senior Scientist and General Coordinator for Research and Development at the National Centre for Monitoring and Early Warning of Natural Disasters (CEMADEN) in São Paulo, Brazil. He also holds a professorship at the National Institute for Space Research (INPE) Post-graduate Programme in Meteorology and Earth System Science, as well as at the State University of São Paulo (UNESP) Post-graduate Programme in Natural Disasters. His research interests are climate modeling, climate variability and change in tropical regions, climate extremes (particularly droughts), impacts of climate change, vulnerability and adaptation to climate change, and disaster risk reduction. *jose.marengo@cemaden.gov.br 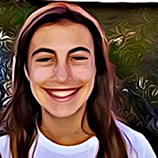 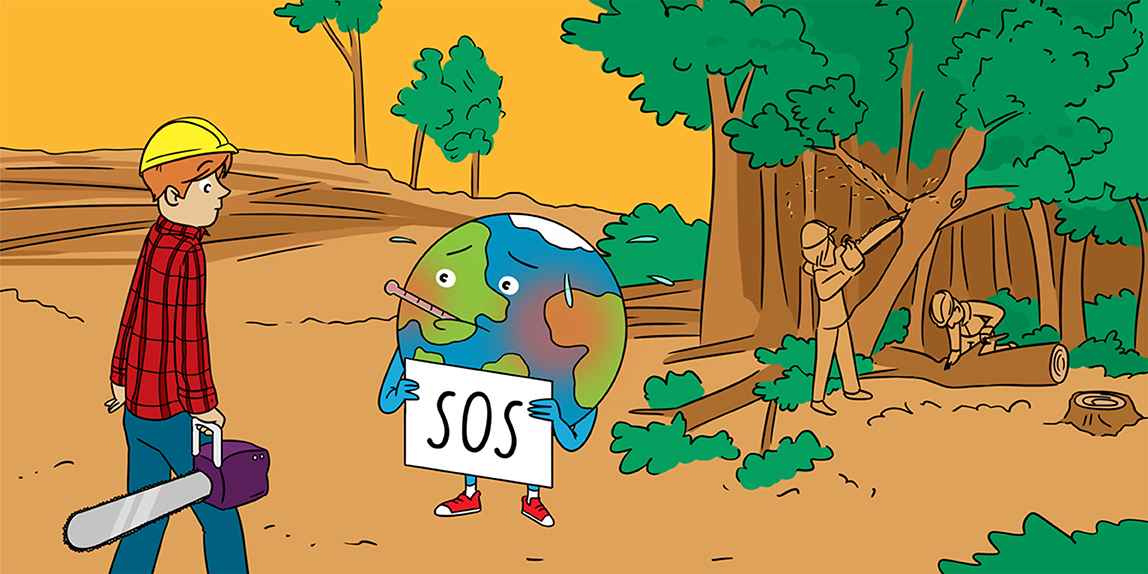 The Amazon is the world’s largest rainforest and it plays an important role in global and regional climate, including the exchange of water between the rainforest and the atmosphere. Extremes of climate, such as droughts or floods, can be dangerous for both humans and natural systems. Droughts and floods may alter the moisture exchange between forests and the atmosphere and can affect the survival of the Amazon forest. Actions to avoid or to reduce global warming and forest loss are discussed in this article.

Why Should We Care About the Amazon Rainforest?

When people think about the Amazon rainforest, they often consider it to be the lungs of the planet, removing carbon dioxide (CO2) from the air and releasing oxygen for animals, including humans, to breathe. People also think about snakes, monkeys, spiders, orchids, and the incredible diversity of life hosted by the rainforest. All of this is important, but there’s more than that.

The rainforest can influence temperatures and rainfall, helping to modify its own climate, which also serves to modify the climate of the entire continent. If the rainforests disappear, this could increase the risk of a major climate crisis for the whole planet. Since trees remove CO2 from the atmosphere, scientists are worried that continued loss of the Amazon rainforest could take away one valuable absorber of CO2. In addition, loss of the rainforest could affect natural rainfall cycles in the Amazon region in ways that may endanger the functioning of the forest. These changes in rainfall might lead to a drier and warmer climate in that region, and an increased risk of fire and erosion.

How Do Climate Extremes and Climate Change Affect the Amazon Region?

Severe climate extremes (much too wet or much too dry) have affected the Amazon region in recent years. The droughts in 2005, 2010, and 2016, and the floods in 2009, 2012, and 2014 provide examples of how changes in climate can affect the ecosystem and the people living in the region. Luiz Aragao [3] showed that, during the drought in 2016, the number of fires increased by 36% compared with the preceding 12 years in the region. The dry season in the southern Amazon region, where the deforestation rates are the highest, has been lasting about 3–4 weeks longer, with the rains arriving later than normal [4]. This long dry season increases the risk of fires. In the warmer future climate, droughts may be more frequent and/or intense, and longer dry seasons may increase the risk of fires, which can impact the people living in that area and the biodiversity in the entire Amazon region.

To study how the climate might be in the future, research groups around the world have used mathematics. How? They represent all natural processes using equations describing the heat and moisture balance in the region and the exchange of heat and moisture between the ground, the vegetation, and the air, plus exchanges with neighboring regions. The equations must be solved using supercomputers. This mathematical representation of nature is referred to as a climate model. Climate models show that global warming or deforestation can lead to drier and warmer conditions in the central and eastern Amazon region. In a paper that I published in 2018 [4], I showed that more extreme swings between drought and floods may reach a point of no return, after which climate change will be irreversible. This may threaten the very existence of the Amazon tropical rainforest.

What Are Aerial Rivers and What Role Do They Play in Rainfall?

The pioneering work of the Brazilian scientist Prof. Enéas Salati in 1979 [2] explained the water balance for the Amazon region. A significant amount of water evaporated from the forest comes back as rainfall, and this process is known as moisture recycling. Another scientist [5] showed how moisture recycling has allowed the forest to survive up to the present day. Figure 2 shows an artistic view of moisture transport in the Amazon region. Moisture evaporated from the Atlantic Ocean is carried by the surface winds into the region. The winds get even more humidity from the moisture recycling provided by the forest. The moist air first moves westward, but as it approaches the eastern flank of the Andes mountains, it is deflected toward south-eastern South America. This transport is like a river in the air that brings moisture and rain to south and to central regions of Brazil and part of Argentina.

Josefina Arraut refined the concept of aerial rivers in 2012 [6]. These are like rivers on land, except that this moisture flow is in the form of water vapor and clouds and takes place in the atmosphere. The volume of moisture transported in the atmosphere by the aerial river east of the Andes is about 230,000 m3/s, which is approximately the same as the flow of water from the Amazon River into the Atlantic Ocean!

What Could Happen to the Climate If the Forests Disappear?

Deforestation is seen as an environmental menace. It reduces moisture recycling from the vegetation to the atmosphere, and it also reduces the volume of water transported in the aerial river. If the Amazon were totally or partially deforested, the climate problems that this would cause would be felt as far away as the United States or even China [7]. In South America, cutting down even portions of the Amazon forest can affect the quality of the rainy season in southern Brazil and northern Argentina. As the forests begin to disappear, less water in the atmosphere would mean less rain, making it difficult for farmers to grow crops. This could reduce the amount of food available for humans and other animals, and many agricultural businesses could also lose money. In addition to causing problems, such as prolonged droughts or storms, a deforested planet could see a further increase in global warming. In the early part of this century, several scientists [8, 9] already saw that climate change could reach dangerous levels if global air temperatures were to warm by an average of 4°C. The world’s climate would pass a tipping point and the Amazon forest could collapse, possibly turning most of the southern and eastern Amazon into a savannah [10].

What Can We Do to Avoid Dangerous Climate Change?

As I have explained in this article, climate change poses a great danger to our environment. Therefore, regulations in every country are needed to reduce greenhouse gas emissions and to prevent forest loss, to give humans a chance for a more sustainable future. In December 2015, many countries participated in the Conference of Parties that met in Paris, where major concerns about climate change and its worldwide impacts were discussed. As a result of this meeting, the Paris Agreement established measures to reduce global warming and proposed that countries must make efforts to reduce global CO2 emissions and to stop or reduce global deforestation. If the Paris Agreement is followed, global warming in the upcoming decades should be below 2°C, which would reduce the risk of dangerous consequences on the climate.

Changes in climate experienced by the Amazon region will have effects on the rainforest, as well as on the population and biodiversity of the organisms living there. Research should focus on understanding the impacts of climate change in the Amazon region, particularly the effects of drought and fire on humans and animals. Furthermore, drought, floods, and their impacts on people and ecosystems should be better explored. If the climate continues to get warmer, the risk of intense floods, fires, and droughts is expected to increase, and measures must be taken to minimize the impacts of these events. Continued fires and deforestation in the Amazon could cripple the fight against climate change. We must protect and restore the great Amazon rainforest to help guarantee that climate change will not affect our survival.

The sole author contributed to all aspect of the preparation and writing of the paper.

Drought: ↑ An absence of rain for long periods.

Flood: ↑ The overflowing of the normal boundaries of a stream or other body of water.

Global Warming: ↑ A gradual increase in the overall temperature of the earth’s atmosphere, generally attributed to the greenhouse effect caused by increased levels of greenhouse gases, mainly carbon dioxide.

Climate Change: ↑ Long-lasting changes to the climate of a region.

Moisture Recycling: ↑ A process in which water evaporates from a forest and falls again as rain over the same area.

Aerial Rivers: ↑ In the context of this paper, aerial rovers or flying rivers are air currents that bring water vapor from the tropical Atlantic and Amazonia down as far south as southern Brazil and Northern Argentina.

Tipping Point: ↑ The amount of change needed to prevent a system from returning to its initial state. 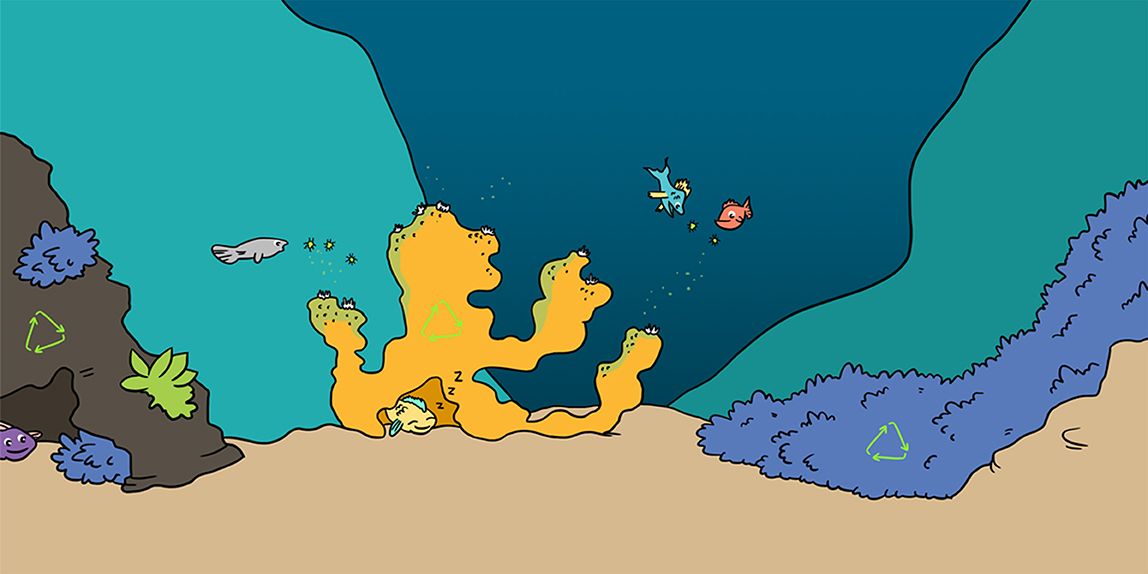 Why Are Coral Reefs Hotspots of Life in the Ocean? 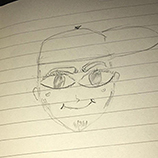 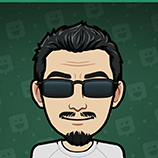 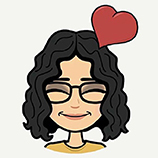 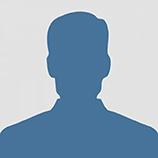 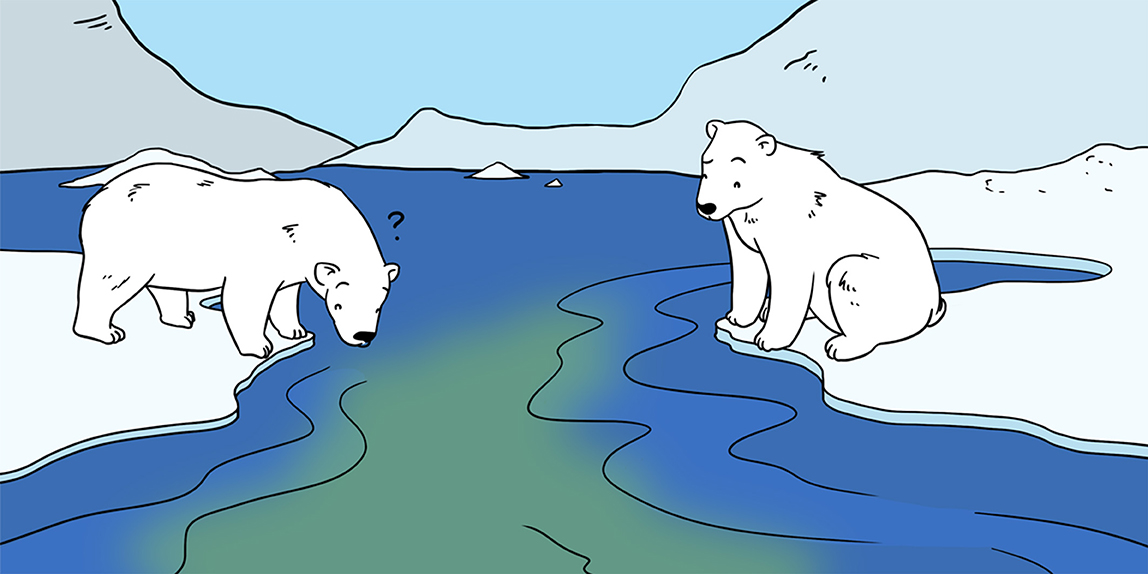 The Carbon Story of a Melting Arctic

Large parts of the far north of our planet, the Arctic, were permanently covered with ice for thousands of years, but... 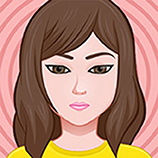 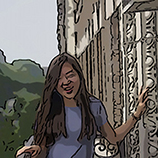 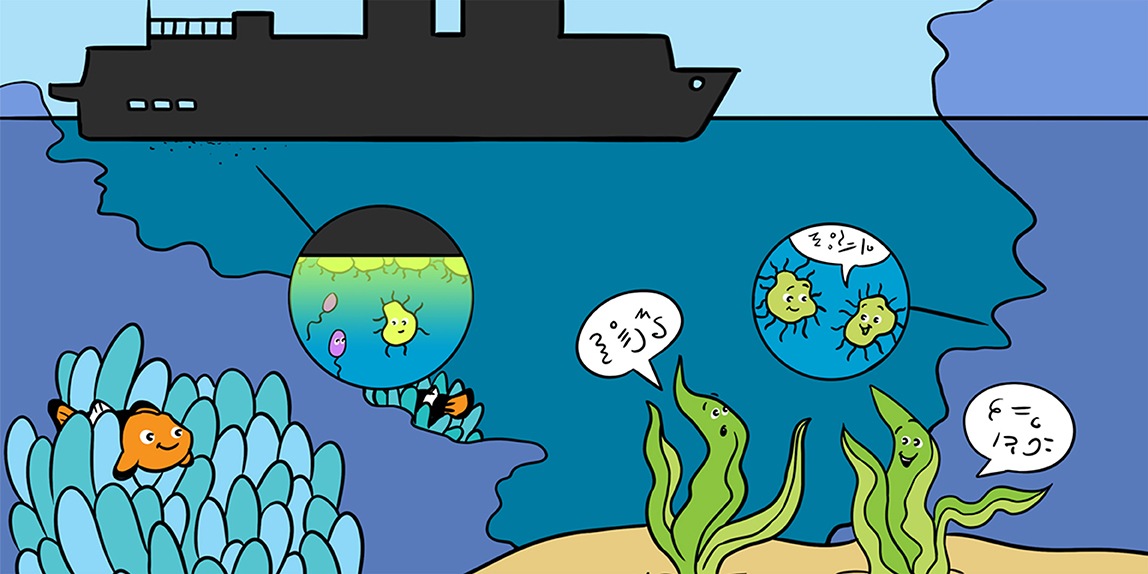 Our oceans host more than 230,000 species of marine life. Did you ever wonder how these organisms communicate? What you... 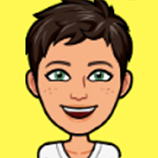 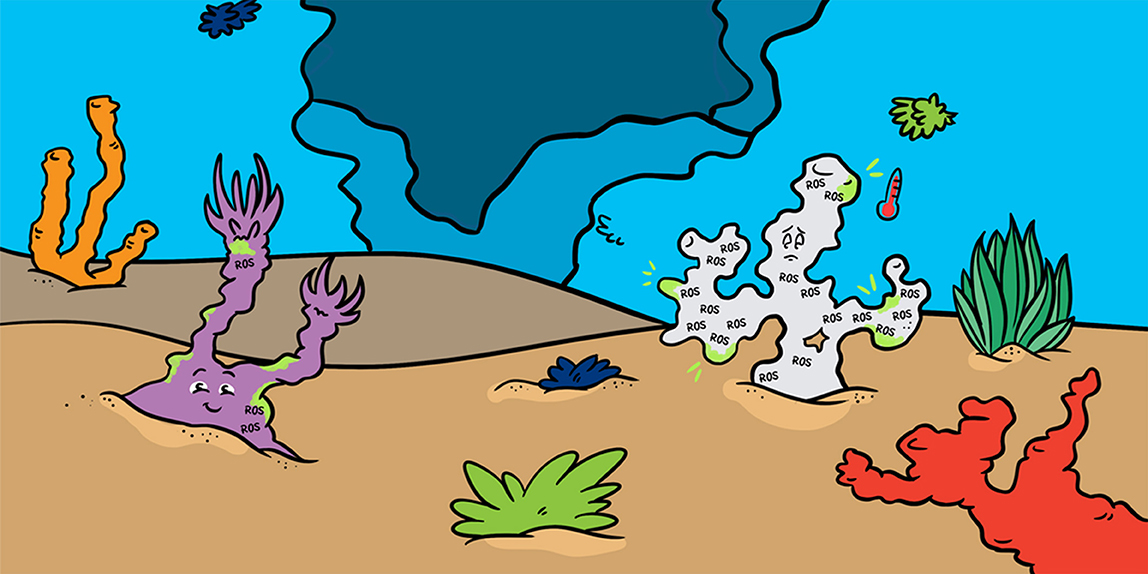 With a Little Help From Friends—How Algae Help...

Have you ever been in the ocean and admired the many fish living on the reef? Did you notice the colorful rock-like... 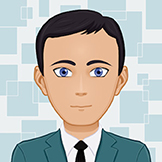