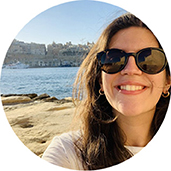 Rita Matos Sousa is a 1st-year resident in internal medicine at the Hospital of Braga in Portugal. She graduated from medical school in 2020 and did her general residency year in the Hospital of Famalicão. She currently works as a faculty member in the School of Medicine at the University of Minho. She enjoys traveling, puzzles, and reading books. *rita.msousa5@gmail.com 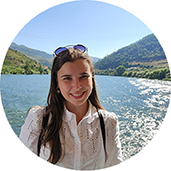 Mónica Dias is a 1st-year resident of cardiology at the Hospital of Braga in Portugal. She graduated from medical school in 2020 and did her general residency year in the Hospital of Braga. She is currently working in internal medicine before starting her career in cardiology. She enjoys traveling, reading books, cooking, and photography. 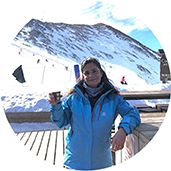 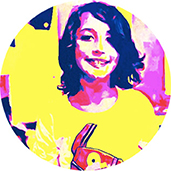 Victor likes math and science. He also wonders about the magic of the world, how and why things happen. His passion is to understand how diseases happen, how the body works, and why we get ill sometimes because our body is on “failing system” mode. When he grows up he wants to be a scientist because then “you can play in the lab and test hypothesis.” 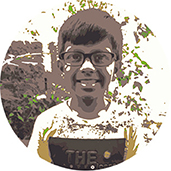 I am Vibhav, studying in seventh grade. My areas of interest are science, math, and computer and languages. I love to play chess and outdoor games like Cricket and Shuttlecock. I enjoy solving puzzles, Olympiads, and reading story books. I love to play the flute. 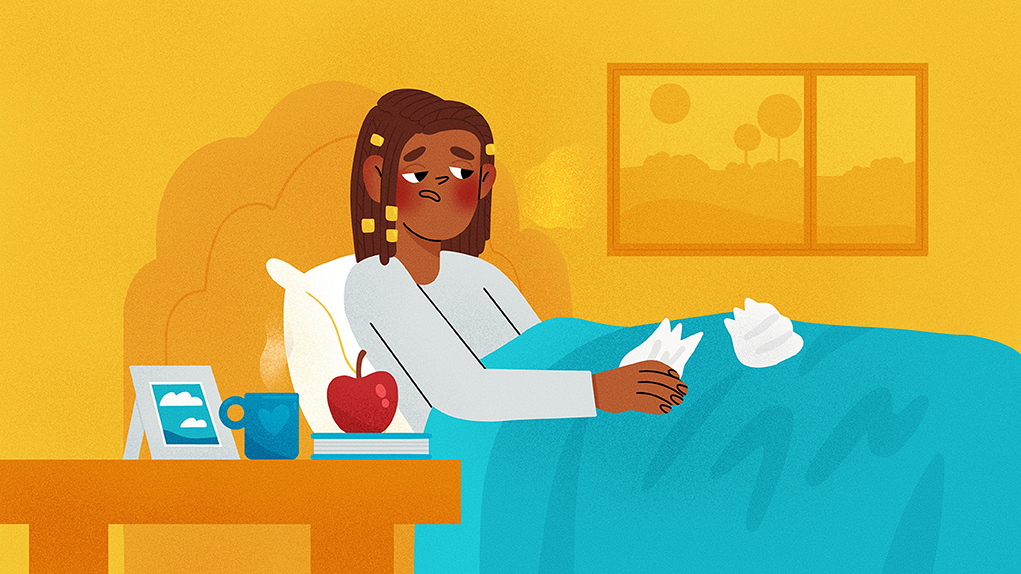 In 1964, a group of scientists was using a microscope to study the cells of someone with a disease called Burkitt’s lymphoma. They saw small particles inside the cells and discovered they were viruses. This virus is now named Epstein-Barr virus, and it causes a disease called infectious mononucleosis, also known as the kissing disease. This is a tricky disease because it can have many symptoms that are also common to other diseases. Have you ever had a sore throat and fever? Maybe it was caused by Epstein-Barr virus! This virus mainly affects the cells of the lymphatic system, which defends the body from infections, so you can imagine why it is so interesting! Keep reading to learn more about this curious disease.

Kissing Disease: A Disease of the Lymphatic System

“The kissing disease” is a common name for infectious mononucleosis, which is also called “mono.” Infectious mononucleosis is caused by the Epstein-Barr virus. This virus spreads through fluids like saliva, so when people kiss or share a glass, they can pass the virus to others. Mono affects the lymphatic system, which is part of the body’s defense system. The lymphatic system is like a drainage network that runs throughout the body. It includes tubes called lymphatic vessels, which contain a watery fluid called lymph. As lymph moves through the vessels, it passes through pea-size filters called lymph nodes, which are basically checkpoints that monitor and cleanse the lymph.

The spleen is another important organ in the body’s defense system. The spleen can be compared to a police station—it works like a big filter and can pick out and trap any unwelcome microbes present in the blood. The spleen is located in the left upper part of the abdomen. The spleen is also a site of lymphocyte production, so when you need to fight an infection, the spleen will enlarge as these lymphocytes divide and produce a huge number of antibodies. The network of the lymphatic system can be seen in Figure 1. All these defense organs and cells are called upon when infectious microbes invade the body.

In 1964, a group of scientists was studying a disease of the lymphatic system called Burkitt’s Lymphoma. This disease happens when something goes wrong with the lymph nodes and the lymphocytes grow out of control, becoming a type of cancer called a lymphoma. Scientists were trying to understand the cause of Burkitts’s lymphoma. While they were observing lymphocytes from a patient with Burkitt’s lymphoma under the microscope, they saw some particles inside the cells and noticed the particles were similar to a virus they had seen before, but smaller [1]. Today, we call this virus Epstein-Barr virus (EBV) or human herpesvirus 4 (HHV-4). EBV is a member of the herpes virus family and can be found all over the world.

All viruses that infect humans need human cells to survive and reproduce, and EBV is no exception. EBV prefers to infect B lymphocytes and, once it does so, it can live in those cells for the rest of a person’s life. EBV sneaks into B-cells and uses them to multiply itself, like a printer. Then, it destroys the cells and goes infect other ones, repeating the same process over and over again, releasing substances that cause the symptoms of mono. EBV can also remain in the human body in a latent state, meaning infected people do not know they are infected and do not have any symptoms. When EBV is latent, the lymphocytes survive.

Most people get infected with EBV at some point in their lives. EBV spreads most commonly through bodily fluids, primarily saliva. That is why it can be spread through kissing or by sharing objects such as a toothbrush or a drinking glass. We know that EBV typically causes no symptoms in people who are infected during childhood, which is when most people come in contact with this virus. Infection later in life often leads to mono—symptomatic infection is common in teenagers and young adults. Approximately one in every four teenagers and young adults who get infected with EBV will develop mono! Therefore, it is very important to inform this population about the disease and how it is transmitted, so that they can protect themselves as much as possible. Scientists are still studying EBV and trying to understand why the virus sometimes causes disease and other times does not.

As we mentioned, it is possible to have a latent infection with EBV, meaning the virus can be stored in the body without any symptoms for many years. In these cases, the virus is commonly stored in the mouth, specifically in the oropharynx and the tonsils (Figure 2). The oropharynx is part of the digestive and respiratory tracts and it helps to conduct air and food/liquids to their final destinations: the lungs and the esophagus, respectively. The tonsils are a part of the lymphatic system and they contain lymph nodes, which is why they are so affected in mono—they are the first part of the lymphatic system to contact EBV when it enters through the mouths.

When EBV infection causes symptoms, they may take 4–8 weeks to develop. Not everyone exhibits all of the symptoms of mono, and the symptoms might not appear in the same order in every patient. The infection generally starts with an unusual feeling of fatigue and a low fever. Then a sore throat and swollen lymph nodes appear. The feeling of fatigue can become very intense during the first weeks of infection and can last for months. As the disease progresses, fever often becomes higher, especially during the afternoon and evening. Throat pain also worsens, and white spots called plaques can appear on the tonsils. Patients can have difficulty speaking and sound as if they have a hot potato in their throats! The lymph nodes, especially those in the neck, can keep growing and become painful. If the infection becomes more serious, the spleen also enlarges. An enlarged spleen is usually not uncomfortable, but it can rupture if it suffers an impact like a fall. This can be very dangerous, so patients must be careful! Fortunately, although the symptoms of mono can be uncomfortable or even painful, they are usually not life threatening.

Generally, if a person goes to the doctor with the symptoms described above, a diagnosis of mono will be made. In case of doubt, blood tests can help with the diagnosis. The most common results seen in blood tests are an increased number of lymphocytes, often with an unusual shape, and changes in liver function. Doctors can also test for specific pieces of EBV in the blood and for the antibodies that the patient’s body produces to fight the infection [2].

There is no cure for EBV—doctors can only help with the symptoms. It is normally recommended that an EBV patient drink lots of water, eat healthy foods, and take medicine to reduce pain and swelling [3]. Since the spleen can be enlarged and it is a very sensitive organ, patients are recommended to avoid contact sports during the initial 3–4 weeks of the illness, to prevent spleen rupture.

Mono is a viral disease caused by a virus called EBV. Mono is most common in children and young adults. Although the symptoms are usually mild, some people can be sick for a long time and can even have serious consequences like spleen rupture. Thus, we must do our best to prevent EBV infection by not sharing personal objects, such as drinking glasses or toothbrushes, or kissing sick people. We can also explain what we know about mono to our friends and family, so they can be aware of the symptoms and prevent the infection from spreading.

Infectious Mononucleosis: ↑ Infection caused by the EBV virus that affects the lymphatic system.

Lymphatic System: ↑ The lymphatic system is the defense system of our bodies. It is composed by lymph nodes and vessels where the lymph circulates.

Lymph Nodes: ↑ Pea-size filters that act as checkpoints that monitor and cleanse the lymph. They also help contain infections by releasing important defense agents and molecules that protect the body.

Lymphocytes: ↑ Also known as white cells are small cells that live mostly inside lymph nodes. They produce molecules that act as weapons against infections. Some of them produce antibodies.

Antibody: ↑ Molecules that can recognize infectious agents and help the body destroy them.

Spleen: ↑ Organ in the abdomen that helps the lymphatic system contain some infections. With the help of other cells like the lymphocytes, the spleen can keep the infection controlled.

Epstein-Barr Virus: ↑ EBV is a herpes virus that attacks lymphocytes and uses them to multiply itself. Then, it destroys the cells and goes infect other ones. It is responsible for infectious mononucleosis.

Latent: ↑ A state where virus remain inactive in someone’s body without causing the disease. The virus can “wake up” from this state and continue causing disease.