Diabetes Changes Your Lifestyle, But it Does not Change You 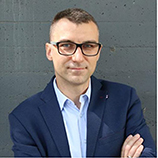 Artur Rydosz is a scientist from the Institute of Electronics, AGH University of Science and Technology. His research is focused on detection of biomarkers, non-invasive glucose measurements, and electronics. He is an engineer working on novel technologies including gas-sensing materials and biomarker analysis for a wide spectrum of applications. He cooperates with researchers from other fields including medicine, bioengineering, and computer science. He is leading an interdisciplinary team called Biomarkers Analysis Lab, (www.lab.agh.edu.pl) as well as a non-government foundation that helps people with diabetes. He loves traveling and hiking. rydosz@agh.edu.pl 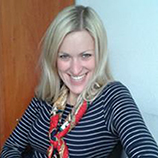 Agnieszka Pregowska is a scientist from the Institute of Fundamental Technological Research, Polish Academy of Sciences. Her research is focused on study of information processing in the brain, analysis of the biomedical signal like, for example: ECG, EEG, MRI, and applications of the Augmented and Mixed Realities in medical diagnostics and diseases treatment. She is an engineer working on various signal types. She collaborates with scientists from the fields of medicine, biophysics, bioengineering, computer science, statistics, and informatics to provide insights into personalized medical diagnostics. She enjoys traveling, long-distance cycling, dancing, and motorcycling. *aprego@ippt.pan.pl 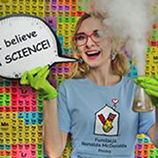 Magdalena Osial is a scientist from the Faculty of Chemistry, University of Warsaw and the Institute of Fundamental Technological Research, Polish Academy of Sciences. Her research focuses on the development of treatments for various diseases. She is a chemist and collaborates with scientists from various fields working on different interdisciplinary projects including electrochemical sensors, medical diagnostics, and engineering. Her passion is science popularization, so when she is not in the laboratory, she enjoys giving science workshops for kids. She also spends her free time hiking, drawing, and playing board games and old-school PC games. 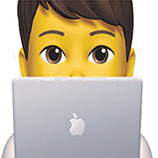 When I was introduced into this world, I first lived in an apartment with my dad and mom. Life was great, I had no responsibilities to take care of. Three years later, my sister joined us. After 5 years, I left that apartment to live in a house. This was also when I was introduced to hockey. When I started my middle school, we moved into a giant house, after that our life has been going smoothly. 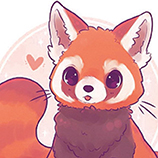 Hello! I am a sixth grader! I am very funny when I am with friends. I like watching movies, and I read books when I am bored. I like drawing and I love watching on my phone. I have a brother, a helpful mom and dad, and my best friend dog. My house has a surrounding of many trees and beautiful birds. My favorite foods are ice-cream, banana bread, and pasta. I like being myself! 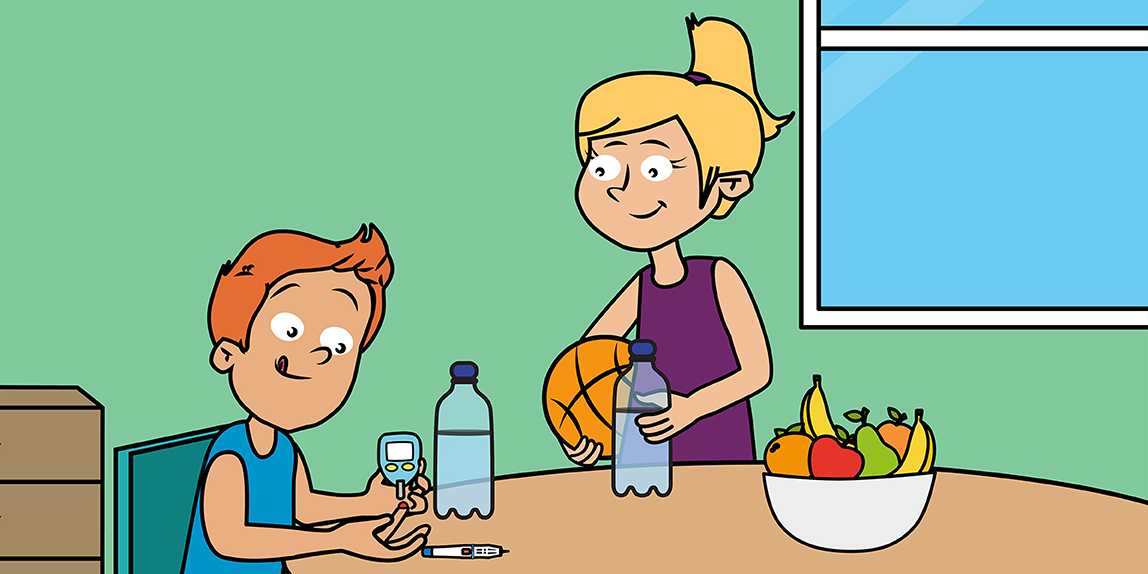 Recently, there has been a lot of talk about diabetes in children. Have you ever wondered what diabetes is and where it comes from? Diabetes is a disease with a long history. It causes a high sugar level in the blood, which is dangerous for many organs including the heart and kidneys. Diabetes also damages blood vessels and the nervous system. Unfortunately, diabetes is often detected by accident during tests for other diseases or by standard blood tests performed during a check-up. The earliest symptoms of diabetes that a person might notice include increased hunger and thirst, tiredness, or frequent urination. If you experience these symptoms, do not take them lightly—have a doctor check your blood sugar level.

You may have heard that keeping your body’s sugar levels under control is good for your health, but what does this actually mean, and where is this sugar found? First of all, sugar is needed by our bodies to produce energy. There are many different sugars in the foods we eat, but our bodies need one particular sugar called glucose. When our glucose levels are in the correct range, we feel good. Glucose provides us with the energy we need to play, learn, and do other activities. But how does this work?

When we eat, glucose from food gets absorbed by our intestines and ends up in the blood stream. This is why glucose is often called “blood sugar.” The body converts glucose into energy for our cells, with the help of an organ called the pancreas. The pancreas produces a hormone called insulin, which helps the body deal with rising blood sugar levels that occur when we eat. Insulin can be seen as the key that opens cells to let glucose into them. Normally, when the level of glucose in blood increases, the body sends a signal to the pancreas information, telling it to start producing insulin. However, in some people the pancreas does not function properly, and diabetes may result. In diabetes, the blood glucose level rises to an unhealthy level because glucose does not get into the cells, and the body experiences unpleasant symptoms. Depending on the type of diabetes, people may need injections of artificial insulin. Diabetes can also result in insulin resistance—a condition in which the body does not detect that it is producing insulin.

We can divide diabetes into two main types: type 1 diabetes and type 2 diabetes. Type 1 diabetes is caused by too little production of insulin by the pancreas, while type 2 happens when the cells of the pancreas produce too much insulin for a while and then get worn out and stop producing it [1].

Type 1 diabetes is caused by the body’s immune system: the body attacks the insulin-producing cells of the pancreas and damages them (Figure 1). As a result, the muscles get less energy, and the whole body feels terrible. We still do not know exactly why type 1 diabetes develops [2, 3].

The first symptoms of diabetes that a person notices can be increased hunger and thirst, tiredness, and the frequent need urinate. Over a more extended period, unexplained weight loss, blurred vision, and impaired wound healing may also occur. Other common symptoms include numb or tingling hands and feet, being sleepy most of the time, and having very dry skin. Symptoms can differ depending on a person’s gender and age. If you find yourself experiencing some of these symptoms, do not wait—visit your physician and get your blood glucose level checked [5].

Could I Get Diabetes?

The most straightforward answer is YES. Diabetes can affect anyone at any age; however, there are significant differences between type 1 and type 2 diabetes. For many years, it was believed that only children could get type 1 diabetes, and that only adults got type 2. Nowadays, we know that this is not true. Type 1 diabetes can be diagnosed in adults, and kids can get type 2 diabetes, generally as a consequence of obesity, which is becoming increasingly common in children.

Prevention of diabetes depends on the type. In the case of type 1 diabetes, the body’s immune system starts to attack the cells of the body, treating its own pancreas tissues as an enemy and destroying them. Researchers have not yet found a way to prevent type 1 diabetes, but they do have some ways to slow it down. What about preventing type 2 diabetes? This is possible by changing dietary habits, increasing physical activity and performing it regularly, and getting healthy sleep. These actions are usually enough to prevent the development of type 2 diabetes.

Diabetes will change a person’s life, but people can adapt to the changes. An important part of living with diabetes involves recognizing two critical conditions: hypoglycemia and hyperglycemia. Hypoglycemia is when blood glucose falls below proper levels. It may result in clumsiness, trouble talking, confusion, or even loss of consciousness. Hypoglycemia occurs when diabetic person is not eating enough, take too much medications (including insulin injection), or when has more than usual physical activity and it cannot be ignored because the brain needs glucose to function properly.

Hyperglycemia is the opposite of hypoglycemia—it means high blood glucose levels. People with hyperglycemia may need injections of insulin. Usually, people with diabetes can do this themselves—the injection can be performed very easily using a device called an insulin pen. Sometimes a special pump is used, so insulin is pumped into the body automatically, whenever it is needed.

Now that you understand the basics of type 1 and type 2 diabetes, here are a few other diabetes-related facts that might interest you.

- Researchers are working to create an artificial pancreas that releases insulin whenever the body needs it, similar to a natural human pancreas. That device would make life much easier for diabetics.

- There are other types of diabetes, including gestational and monogenic diabetes. Gestational diabetes can develop in women during pregnancy and usually disappears after they give birth. Monogenic diabetes occurs because of a mutation in a person’s DNA that causes the body to react inappropriately to glucose in the blood.

- The glucose level in the blood can change due to stress. When stressed, the body requires more energy, so the pancreas tries to produce more insulin. Staying calm and relaxed helps people to deal with diabetes.

Diabetes is a condition in which the body cannot maintain proper levels of sugar in the blood, which affects how the body transforms glucose into energy. Diabetes can develop at any age, from early childhood to adulthood, and it has many different symptoms. There is no cure for diabetes but living with it does not have to be complicated. No matter what type of diabetes people have, they can live normally if they care about their health. The best things to do are eat well, drink lots of water, monitor blood glucose levels, and learn as much as possible about the condition. Diabetes is still a subject of intensive research. Scientists are working to understand what makes people prone to diabetes, and they are developing new ways to diagnose, treat, and prevent it. The hard work of scientists will help reduce the number of people who get diabetes in the future and will make life easier for those that do develop this disease.

This work was partially supported by the Polish National Agency for Academic Exchange under Bekker Program: BPN/BEK/2021/1/00015/DEC/1.

Glucose: ↑ A type of sugar that the body uses as a fuel by transforming it into energy.

Pancreas: ↑ An organ converting the food into fuel for the body’s cells.

Insulin: ↑ A hormone produced by the pancreas that lowers blood glucose levels by letting the glucose into cells.

Insulin Resistance: ↑ A condition in which the body is less sensitive to insulin, so it cannot easily take up the glucose from the blood.

Obesity: ↑ The condition of being extremely overweight.

Hypoglycemia: ↑ A condition in which blood glucose levels are too low.

Hyperglycemia: ↑ A condition in which blood glucose levels are too high.

Glucometer: ↑ A medical device used to determine the glucose level from the blood.

This is joint work as a part of the Science Embassy Project. 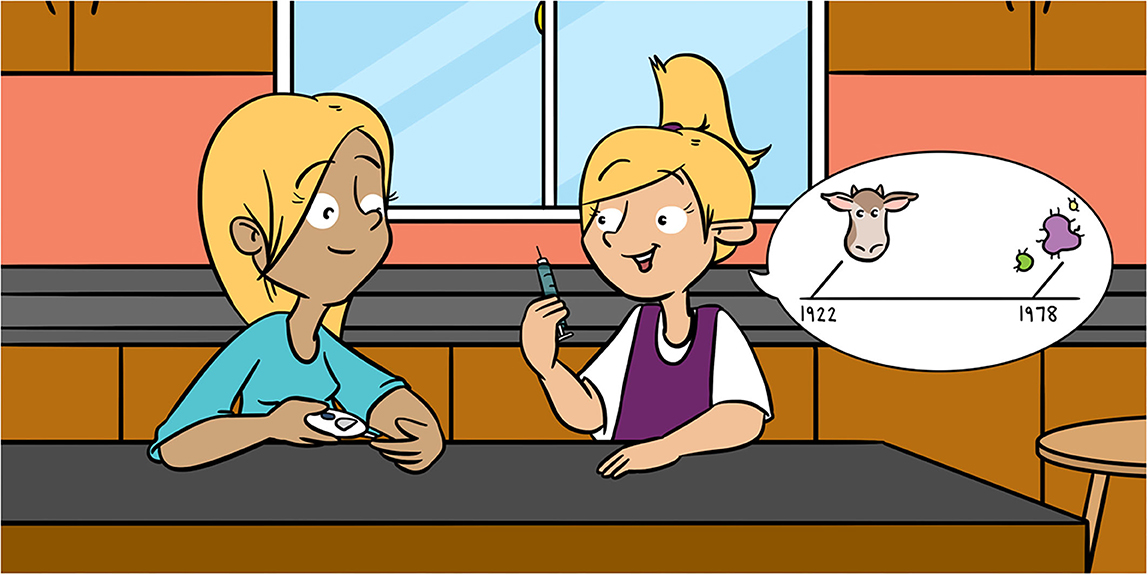 Sugar, Dogs, Cows, and Insulin—The Story of How...

Before the discovery of insulin, diabetes was a life-threatening and untreatable illness. It was caused by very high... 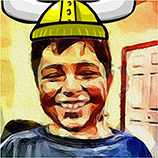 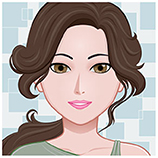