Eat Fruits In-Season to Give Rhythm to Your Life 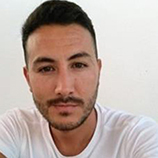 I am a post-doc at the Arkansas Children’s Nutrition Center of University of Arkansas for Medical Sciences. I am experienced in Nutrition and Metabolism. Currently, I am actively involved in projects aimed at understanding the profile of micronutrients and bioactives in foods, their interactions in food systems and how these interactions serve to modify absorption and metabolism of these compounds by humans. I think that science is universal and should be for everyone, so I am passionate about communicating and divulging such outcomes. Contact me at ajcruzcarrion@uams.edu. 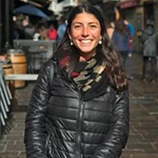 My name is Josephine. I was born in Argentina, but I live in Spain. I am a nutritionist, I did a master’s degree in nutrigenomics and personalized nutrition and I am currently a doctoral student in Nutrition and metabolism, at the URV. I study the effect of the consumption of cherries and tomatoes of different origins and their intake in different seasons. Contact me at mariajosefina.ruiz@urv.cat. 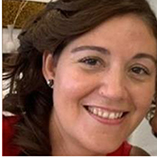 I am a biologist and doctor in food science and technology. Nowadays, I am a lecturer in the Biochemistry and Biotechnology Department at the Universitat Rovira I Virgili. My research is focused in obtaining compounds from food or natural sources, which could exert beneficial effects on our body and understanding how they work. The purpose is that these compounds can be useful to prevent or delay the onset of different diseases such as hypertension or obesity. In my spare time, I like cooking, watching series and traveling to new places franciscaisabel.bravo@urv.cat. 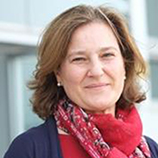 Doctor in biology, after many years working in the food industry I moved to the academy, to the Universitat Rovira i Virgili. I now lead the Nutrigenomics Research Group, focusing our research in the study of bioactive compounds from natural sources such as polyphenols and their relation with health management and prevention. Contact me at begona.muguerza@urv.cat. 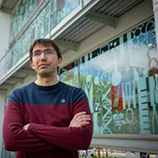 Doctor in Food Technology, working in the Nutrigenomics Research Group (URV, Spain), I study the role of bioactives compounds under a nutrigenomic point of view. In recent years I’ve focused my research on the impact of biological rhythms: what and when should we eat to keep healthy? These things really intrigue me. manuel.suarez@urv.cat 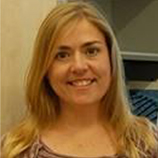 I am an associate professor in Biochemistry and Molecular Biology at the Universitat Rovira i Virgili (URV), Spain. I obtained my Ph.D. degree working at the Imperial College of London, UK. I have been studying for many years the molecular mechanism by which food components, like polyphenols, exert health effects on metabolic pathologies associated with obesity like dyslipidemia and hypertension. At present we are interested in the study of the interaction of the biological rhythms with the effectiveness of functional ingredients. *anna.arola@urv.cat. 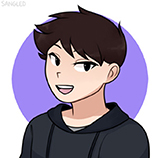 Hi! My name is Younis, and I am 15 years old, I have always felt attracted to science subjects as they are very fascinating, especially environmental management geography geology and space. And through frontiers for young minds I hope to learn more about the world we live in. 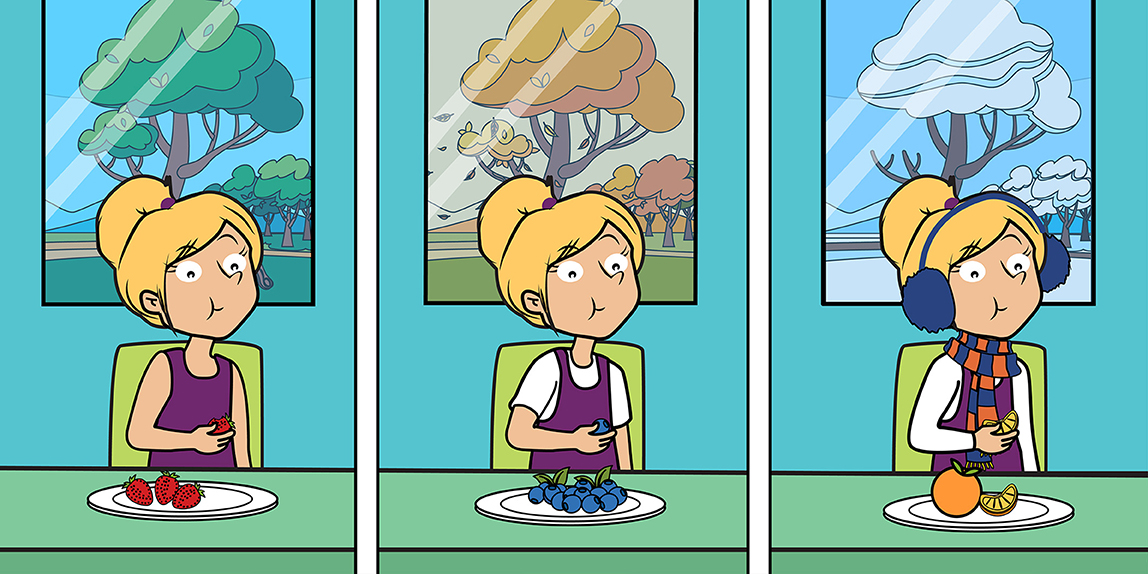 Do you think that eating fruit in summer has the same effect on your body as does eating it in winter? Scientific evidence says no. Fruits contain polyphenols, which are substances produced by plants in response to the growing conditions. When animals eat these fruits, polyphenols signal animals’ bodies to adapt to the seasons. For example, bears eat berries in late summer because these fruits provide essential substances needed during hibernation. It has been observed that the effect of these fruit substances is affected by biological rhythms, which are chemical cycles that animals’ bodies follow that vary throughout the year. Thus, eating fruit in- or out-of-season generates different effects in your body. Eating fruit in-season is associated with optimal health effects. Hence, we must eat fruits in-season so that the rhythms of our lives are synchronized with the seasons.

Do you think that eating a fruit in summer has the same effect on your body as does eating it in winter? Many of you will say yes, but some scientific evidence says no!

The activity of our cells, and the cells of other organisms, is not always the same—cellular activity changes depending on the time of day and the season of the year. Animals, including humans, have what are known as biological rhythms, controlled by internal clocks. In mammals, there is a central clock located in the brain, which produces two proteins (called CLOCK and BMAL1) that can join to form a complex (Figure 1). This complex interacts with the clock genes and activates them. The activation of clock genes creates several proteins that travel throughout the body and act as signals that regulate the functioning of the body’s cells. In addition to the clock in the brain, all the cells of the body have their own clocks (called peripheral clocks) that control the specific processes in each organ, such as in the liver or intestines. For example, at night we produce molecules that make us sleepy, helping us to rest and recover from the day and giving us energy for the following day.

How Does the Body Know What Time It Is?

The body sets the time of its cellular clocks using signals such as light. But as we all know, the number of hours of light per day is not the same over the entire year. Summer days have more hours of light than winter days, for example, due to the rotation of the Earth around the Sun. In response, our bodies have evolved to use light efficiently, adjusting our functions and behaviors to this rotation and adapting to the light changes.

The activity of our cells follows two types of biological rhythms. Circadian rhythms explain how organisms organize their functions in 24-h cycles, while circannual rhythms are defined in 12-month cycles (Figure 2) [1].

In addition to light, which is one of the main signals that set our biological clocks, other important factors, such as nutrition, can also affect our biological rhythms. This means that what we eat can change the way our bodies function. For example, plants contain substances that, when eaten, serve as signals that regulate our clocks. The xenohormesis theory proposes that some of these plant substances provide our bodies with information about the environmental conditions in which those plants were grown, and these signals allow us to adapt to the various seasons of the year. In other words, this theory says that if we consume fruits and vegetables produced where we live when they are in-season, our bodies will be ready to make the changes required to face the upcoming season. For example, bears eat berries in late summer because these fruits provide them essential compounds needed during hibernation [2].

Polyphenols are substances produced by plants that are good for our health—they help to prevent several diseases, such as high blood pressure and obesity. In addition, polyphenols can also affect biological rhythms. There are more than 8,000 different polyphenols [3], present in fruits, vegetables, cocoa, and beverages such as tea or wine. These compounds are produced by the plants in response to environmental stresses such as cold temperatures, rainfall, or drought. Therefore, each plant has a specific, unique polyphenol composition depending on the environmental conditions in which it was grown, and those polyphenols provide us with information about the environment during the plant’s growing season.

But today, all fruits and vegetables can be eaten throughout the whole year. For example, the orange, a winter fruit, is grown and harvested during the winter in South Africa, and can be eaten in Europe during the spring and summer. According to the xenohormesis theory, if a European eat this orange, he will receive “winter” signals and his body will prepare for winter. This can cause a conflict, or desynchronization, between his internal clock and the actual environment conditions (Figure 3).

What Happens When I Eat Fruits Out-of-Season?

Chrononutrition is the field of research that studies the interactions between biological rhythms and nutrition. Using rats, our group has evaluated the effects of eating various fruits both in- and out-of-season. To do this, the rats were adapted to different periods of light and darkness, to simulate the seasons. These periods were either 6 h of light and 18 of dark, to simulate winter, or 18 h of light and 6 h of dark, to simulate summer. The rats were fed grapes, sweet cherries, tomatoes, and oranges. Our results showed that eating these fruits in-season enhanced the rats’ body functions, by acting on the liver, muscles, and intestines, among other organs [4]. Eating the same fruits out-of-season produced different biological responses [4]. For example, when rats ate grapes in-season (winter), their intestines absorbed more polyphenols than did the intestines of rats that ate grapes out-of-season (summer).

What Does This Mean for Me?

Since polyphenols provide health benefits, as mentioned earlier, the rats therefore obtained more health benefits from polyphenols when they consumed fruits in-season. This evidence is in line with the xenohormesis theory, and it suggests that we should eat fruits in-season, so that the rhythms of our lives are synchronized with the environment. However, it is still better to eat fruit out-of-season than not to eat fruit at all. Remember that eating five servings of fruits and vegetables (in- or out-of-season) per day is recommended but, according to our evidence, it is better to eat fruits and vegetables that are in-season.

Going back to our initial question, do you still think that eating fruit in-season generates the same effect as eating it out-of-season?

The Ministerio De Economía, Industria Y Competitividad (AGL2016-77105-R) funded this research and the European Union through the Operative program ERDF of Catalonia 2014-2020 (PECT-NUTRISALT). AA-A and FB are Serra-Hunter Fellows; AC-C and MR are recipient of a predoctoral scholarships to 2017PMF-PIPF-64 and 2018PMF-PIPF-20, respectively.

Peripheral Clocks: ↑ Peripheral clocks reside in various tissues throughout the body, and allows organisms to optimize their behavior and metabolism to adapt to daily demands they face by tracking the time of day.

Circadian Rhythms: ↑ Circadian rhythms are daily cycles of physiology and behavior that are driven by an internal clock with a period of approximately (circa-) 1 day (dies).

Circannual Rhythms: ↑ Circannual rhythms are long-term (tau ≈ 12 months) cycles of physiology and behavior that are crucial for life.

Xenohormesis Theory: ↑ Xenohormesis theory postulates that animals adapt to changes in environment by consuming substances produced by plants which act as signals of external conditions in which the plants were grown.

Polyphenols: ↑ Polyphenols are substances produced by stressed plants in response to the growing conditions. They are present in fruits and vegetables and can lead several health effects when they are consumed.

Chrononutrition: ↑ Chrononutrition is a new area of study that focuses on the interactions between biological rhythms, nutrition, and metabolism, as well as the implications for health.