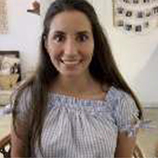 Fiona C. Malcomson is a research scientist at Newcastle University in the UK. Her research focuses on how we can reduce the risk of developing certain cancers through changes to our lifestyles, such as our diets and levels of physical activity. In particular, Fiona C. Malcomson is interested in the mechanisms for how what we eat, for example how much dietary fiber we eat, affects the risk of developing cancer in the large intestine. *fiona.malcomson@newcastle.ac.uk 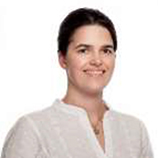 Naomi D. Willis spent 6 years working as a research scientist at Newcastle University in the UK, where she followed her interest in finding ways to prevent colorectal cancer. Her work initially looked at changes in gut health linked to what we eat. She later ran a study to identify specific chemicals in urine that could be used to measure whether someone has a healthy diet. She now helps other researchers to develop their scientific inventions, to make them suitable for real-world use to improve people’s lives. 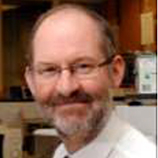 John C. Mathers is a professor of human nutrition at Newcastle University in the UK. In addition to teaching students about nutrition and health, he carries out research on nutrition and aging and on the risk of age-related diseases. He was one of the founding members of NuGO—the European Nutrigenomics Organization—that has pioneered the use of modern molecular methods for studying how what we eat affects health. John is using those methods to investigate links between eating habits and common diseases, including colorectal cancer. 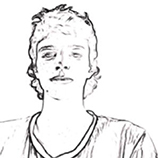 Hi my name is Cooper. I love to play basketball and hang out with my friends. I am in grade 9 and my favorite subject is math. I also enjoy drawing and cooking. 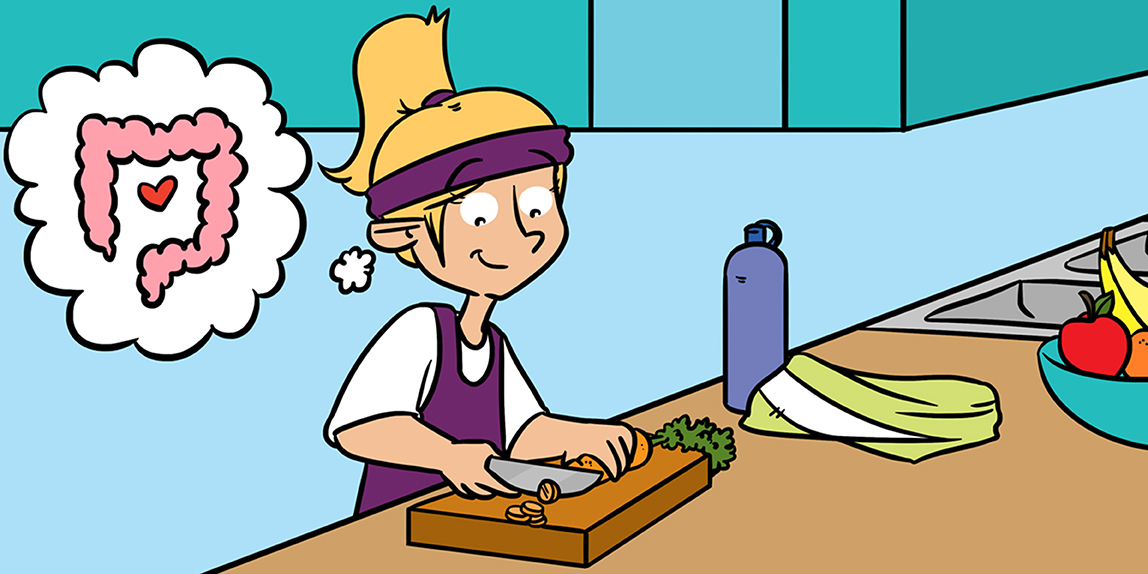 Lifestyle—what we eat, how much exercise we do, and how much we weigh, can change our chances of getting diseases like cancer in the large intestine (colorectal cancer). The World Cancer Research Fund has come up with eight lifestyle recommendations to lower our chances of getting cancer. For example, we are recommended to eat at least five servings of fruits and vegetables every day. It is also important that we understand how our lifestyles, and following these recommendations, affects our chances of getting cancer. How does a healthier diet, doing more exercise, and maintaining a healthy weight affect the biological processes that lead to cancer? In our study, we wanted to find out how sticking to these Cancer Prevention Recommendations could keep us protected from cancers in the large intestine.

The foods we eat, how much we exercise, and how much we weigh are all part of our lifestyle. The healthiness of our lifestyle affects how likely we are to develop diseases such as heart disease and some cancers. Cancer is a disease that affects the body’s cells and makes them grow out of control. A person’s chances of getting cancer depend on their genes and their age, but cancer risk can also be affected by lifestyle. Did you know that about 40% of cancers could be prevented by having a healthier lifestyle? Scientists have found that eating particular foods and nutrients can change the chances of getting some cancers. But we do not usually eat just single foods or nutrients, do we? We eat meals and lots of different foods each day. This means that it is important to look at a person’s entire lifestyle—what they eat and do overall. We can measure how healthy a person’s lifestyle is by seeing how closely what they do matches with lifestyle recommendations.

The World Cancer Research Fund (WCRF) has written guidelines called Cancer Prevention Recommendations to help people lead healthier lifestyles and reduce their chances of getting cancer and other diseases1. These guidelines include eight separate tips (Figure 1) related to food, exercise, and body weight. For example, we are asked to do lots of exercise and eat plenty of fruits and vegetables. Some studies have found that people who stick to the Cancer Prevention Recommendations have a lower chance of getting cancers [1] such as colorectal cancer (in the large intestine). The next steps are for scientists to investigate why and how this happens. What are the biological processes in the large intestine that are affected by following these recommendations? How could these processes change our chances of getting colorectal cancer?

Cancers Growing In the Large Intestine

In our study, we investigated whether people who followed the Cancer Prevention Recommendations have healthier large intestines, meaning lower chances of colorectal cancer. Seventy-five healthy adults joined and completed the study. We weighed each person and took their body measurements. They filled out questionnaires about which foods they ate and how much exercise they did. We used this information to calculate a total score for how well our study participants followed the Cancer Prevention Recommendations.

In the hospital, we collected tiny pinches of tissue called biopsies from the study participants’ large intestines, using a tube-like camera called a colonoscope. In the laboratory, we used a special dye to stain the cells in the crypts, to determine whether they were growing. Looking through a microscope, we zoomed in on the crypts and counted the growing cells, as well as their positions in the crypts. We calculated how many growing cells were in the bottom half of the crypt (the base), and how many were toward the top of the crypt (the mouth). This is important because, when the large intestine is healthy, most of the growing cells are in the bottom (base) of the crypts. When more cells start growing toward the top (mouth) of the crypt, it could indicate an increased chance of colorectal cancer.

We also extracted RNA from the cells in the biopsies. RNA is a molecule that carries information from our genes (DNA) and is used to build parts of our cells. We measured whether genes were turned on or off using a laboratory technique called polymerase chain reaction. We measured the genes that help to control cell growth in the large intestine, which are known to be involved in colorectal cancer.

Most of the people in our study scored between 2 and 4 points out of a maximum of 8. The great news is that nobody scored 0 points! People who had higher scores, and therefore led healthier lifestyles, had lower levels of the genes that can play a role in colorectal cancer. We measured the activity (how much they were turned “on” or “off”) of a family of genes called the WNT pathway, that regulate important processes in our body such as how much cells grow. One of these genes is called c-MYC Levels of c-MYC got lower as total scores got higher (Figure 3A), and participants who had more than 3 points had almost half the amount of c-MYC compared with those who scored <3 points.

We also looked at scores for each of the individual Cancer Prevention Recommendations. We saw interesting results when we compared study participants who did and did not follow the recommendation to eat <500 g of red meat per week. We counted 70% more growing cells in the top halves of the crypts in participants who ate more than 500 g of red meat per week than we counted in people who followed this recommendation (Figure 3B). This finding supports the results of many experiments in both animals and humans: eating lots of red meat (such as beef burgers) and processed meats (such as ham or bacon), increases the chance of getting colorectal cancer. This is because some of the molecules in red meat can damage cells. Our results show that eating too much red and processed meat could increase the chance of getting colorectal cancer by changing how much, and in which part of the crypts, cells are growing.

You may know that eating lots of dietary fiber, found in foods like wholegrain cereals and vegetables, is good for the gut. When dietary fiber reaches the large intestine, it feeds the bacteria that live there. These bacteria have healthy effects in our bodies [2] and they can also help stop the growth of cancers. We found one third lower activity of the gene called WNT11 in people who followed this fiber recommendation compared with those who scored 0. WNT11, like c-MYC, is another member of the WNT pathway family that can help to control cell growth. People who did more exercise also had lower levels of WNT11 genes, by about a third (Figure 3C). Overall, scoring full marks for some of the recommendations is linked to better control of the WNT pathway and so a lower chance of developing colorectal cancer.

What a person eats, how much exercise they do, and how healthy their body weight is are all part of that person’s lifestyle. A healthier lifestyle lowers the risk of diseases such as colorectal cancer. We wondered how lifestyle could affect the biological processes that can cause cancers in the large intestine. Our experiments showed that one of the ways lifestyle does this is by affecting how quickly the cells inside the large intestine grow and where those growing cells are located in the crypts. What we eat and how much physical activity we do can influence these cells by turning genes that control cell growth on or off.

Encouraging people to follow the WCRF Cancer Prevention Recommendations can lead to healthier large intestines and can lower their chances of getting colorectal cancer. How many of the recommendations are you following at the moment? Do you think that you could improve your score? For example, could you cut down on the number of beef burgers and sausages that you eat, and eat more fruits and vegetables?

Colorectal Cancer: ↑ A disease that results from cells in the large intestine growing out of control.

Crypts: ↑ The dips that line the large intestine.

Biopsy: ↑ A tiny sample of tissue collected from the body, including the large intestine.

Colonoscope: ↑ A long, flexible tube with a tiny light and camera used to examine inside the large intestine.

Ribonucleic Acid (RNA): ↑ Molecules made from the information in DNA, which are used to make the proteins that build cells.

Polymerase Chain Reaction: ↑ A lab technique that lets scientists look at a specific sequence of DNA or RNA, for example to measure the activity of a gene.

c-MYC: ↑ A gene belonging to the WNT family that regulates many processes in the body including controlling how much cells grow.

WNT11: ↑ A gene belonging to the WNT family that regulates many processes in the body including controlling how much cells grow.

The DISC Study was funded by an award from the BBSRC Diet and Health Research Industry Club (Grant No. BB/H005013/1) to JM. We acknowledge further funding from the Wereld Kanker Onderzoek Fonds (WKOF), as part of the World Cancer Research Fund International Grant Programme (Grant No. IIG_FULL_2020_032). 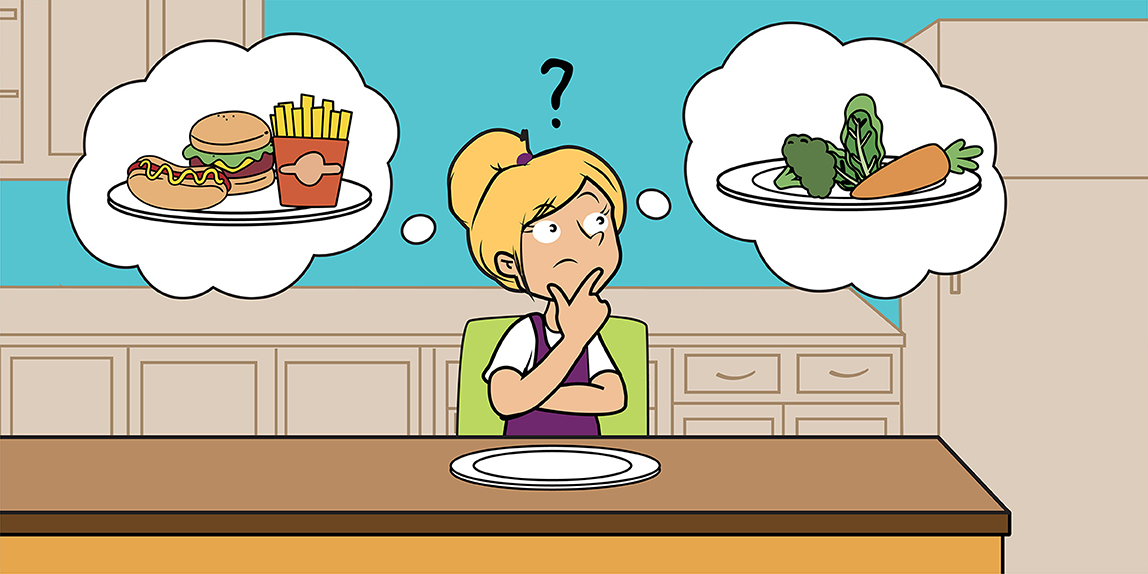 The Impacts of Junk Food on Health

Omega-3 Fatty Acids and Inflammation—You Are What...

Have you ever heard the phrase, “You are what you eat?” Of course, if you eat a donut, you will not actually turn into... 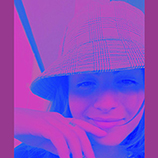 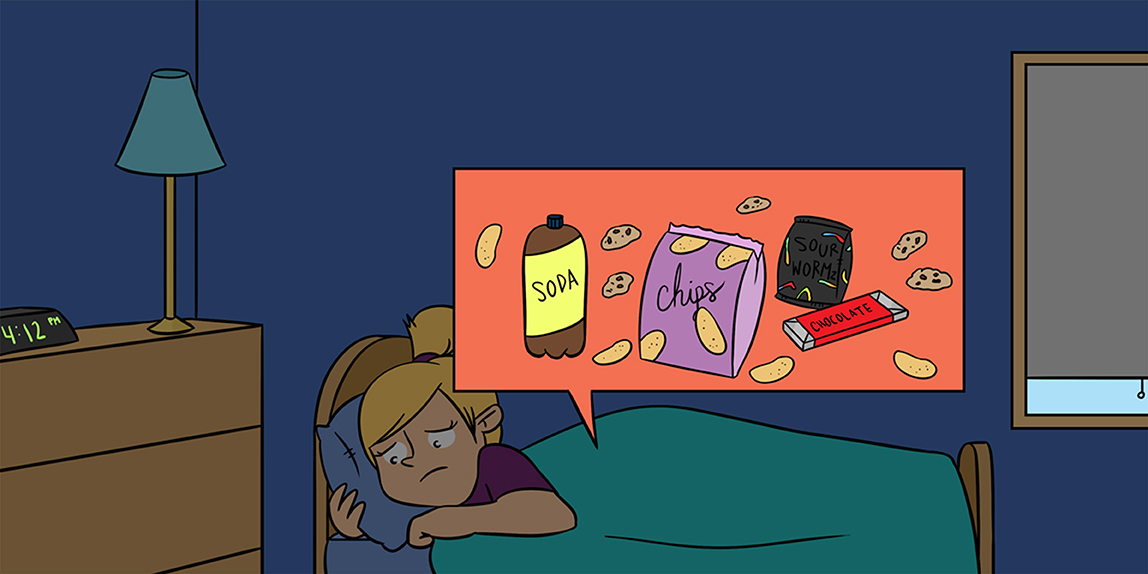 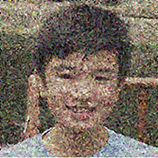 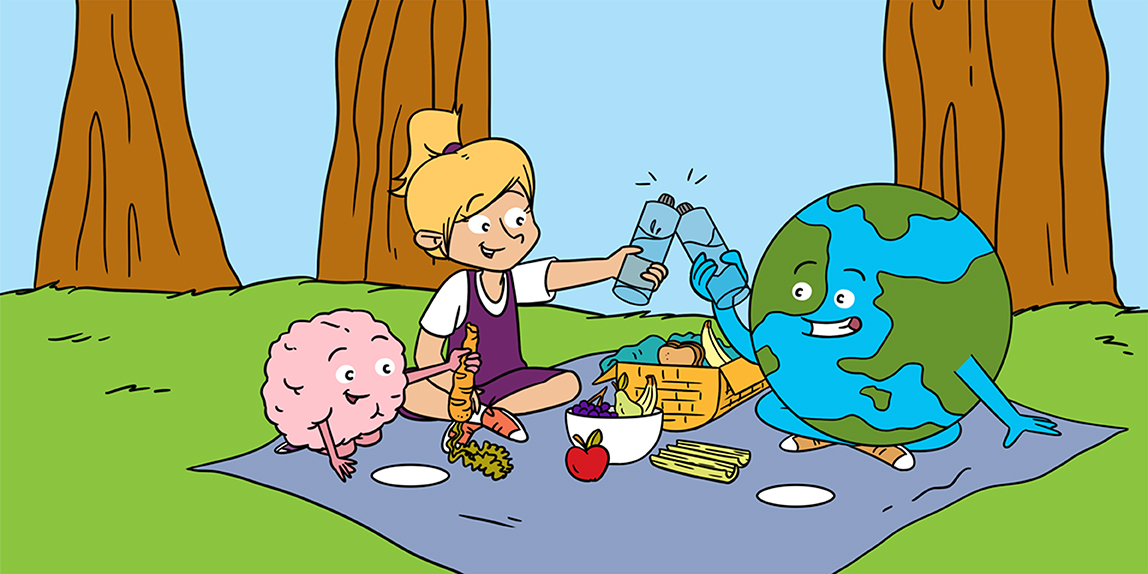 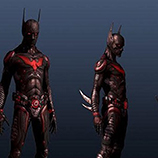 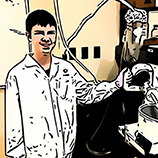