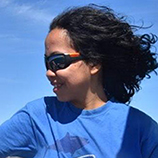 Njaratiana Rabearisoa is a research engineer at the French Institute of Research for Sustainable Development. She has a Ph.D., in marine ecology. Her main research theme is the negative interactions between protected marine mammal species and fisheries. She tries to understand when, where, and why negative interactions occur and how to prevent them. She likes traveling, photography, and diving. Since she was a kid, her favorite movies have been The Big Blue and Free Willy. She also grew up reading The Old Man and the Sea, by Ernest Hemingway. *njaratiana.rabearisoa@ird.fr 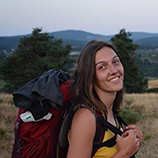 Alice Arnau is a master’s student at the science faculty of the University of Montpellier. After graduation, she will work in the complex field of environmental management. She will especially dedicate herself to answering questions related to human coexistence with other living organisms (depredation being one of many examples). 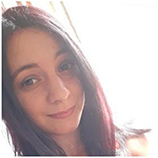 Manon Bodin is a master’s student at the science faculty of the University of Montpellier. She is willing to work in a field that allows her to link science and video games, so that everyone, including children, can learn to like biology. 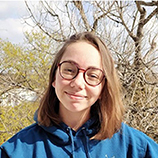 Constance Hanse is a master’s student at the science faculty of the University of Montpellier. She likes to share her knowledge and teach ecology and biology concepts in a way that makes them easy to understand. 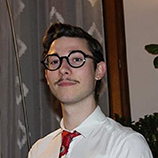 Marin Portalez is a master’s student at the science faculty of the University of Montpellier. He is majoring in scientific mediation and communication for school-aged audiences. He is passionate about science, especially about the biology and ecology of Mediterranean ecosystems. He is also interested in arts. He uses his skills in both science and arts to run several scientific projects. 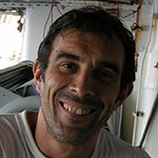 Pascal Bach is currently a researcher at the French Institute of Research for Sustainable Development. He has been working for 30 years as a fishery ecologist involved in research projects with scientific partners mainly based in the south west Indian Ocean. The theme of his research is ecosystem-based fishery management, and he is developing ways to decrease the negative impacts of fisheries on non-targeted species. He enjoys meeting the other people involved in fisheries management over a glass of wine, to make the discussions more pleasant. 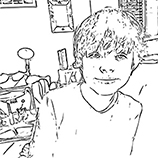 I like sports, reading, math, animals, and the great outdoors! 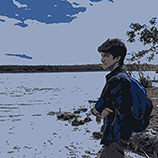 I love playing music and doing magic tricks, I like science and my favorite subject is physics. 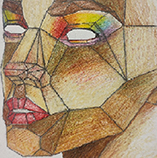 The 8 graders at the International School of Bergen form a dynamic group with highly diverse international backgrounds. They are interested in learning the scientific method and sustainability, but also have a great artistic talent. 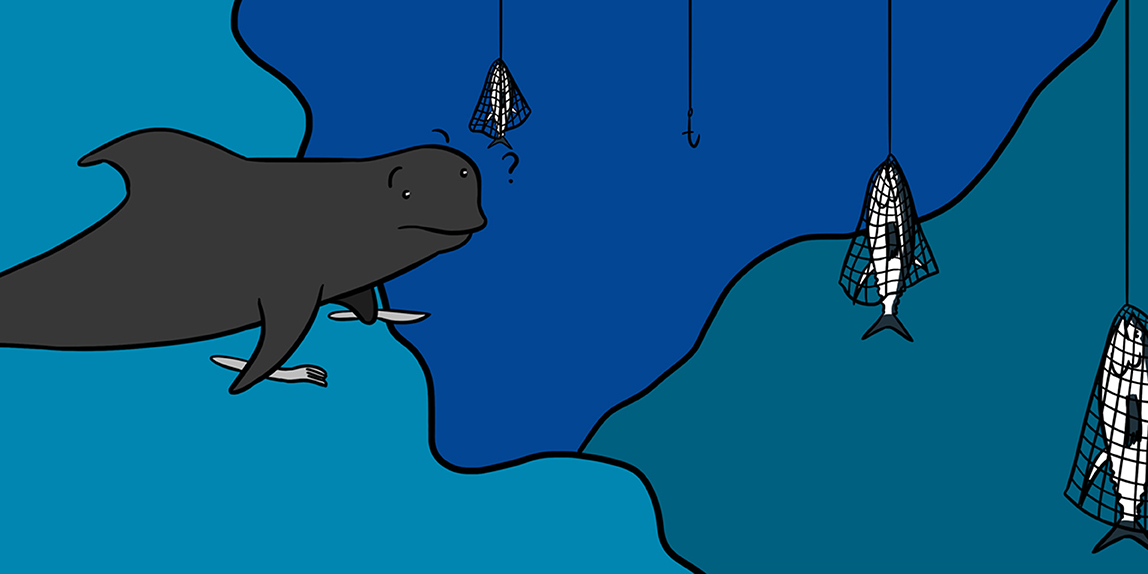 Some toothed whale species have gotten used to stealing or damaging fish that have been captured by the fishing equipment of fishers. This stealing is called depredation, and it is a problem for both fishers and toothed whales in all the oceans of the world. Fishers lose their catch and must work harder, and the whales can get injured and forget how to hunt. It is important to develop a solution to prevent toothed whales from stealing fish captured by fishers. Our group of scientists is developing a system that can protect captured fish from being stolen. Basically, our innovation is like Spider-man© throwing a spiderweb over the fish, to hide them from toothed whales! In the near future, we are hopeful that this system will both help the fishers by protecting their catch and help to protect toothed whales.

What Is Depredation and Why Is It a Problem?

Why is depredation bad for toothed whales? Well, instead of hunting wild fish as they should naturally do, these whales would rather eat fish that have already been caught. By doing so, they save energy and easily get a large amount of nutritious food. Depredation can lead whales to forget their own natural hunting strategies, and they might lose the ability to obtain food by themselves. Toothed whales can also be injured by fishing gear—they can get entangled or hooked as they try to remove the fish. All marine mammal species are classified as endangered, and several laws exist to protect these species from human threats, including threats posed by the fishing industry. This is one reason depredation should be prevented.

In terms of the fishers, they cannot sell damaged fish, so to replace the fish lost to depredation, they must do more fishing! This is a waste of time and money because the fishers must use more fuel, deploy more hooks, invest more hours, and fix the equipment damaged by toothed whales. Depredation also has consequences for the total number of fish available to be harvested as human food. Fish are a limited resource. Depredated fish are not counted by the fishers and therefore are not reported in fishery statistics. Consequently, fishery scientists might incorrectly calculate how many fish are left to catch in the ocean (Figure 1).

What Kind of Fishing Do We Study?

For our work, we focus on a fishing technique called drifting longline fishing. Fishers use this method to catch large fish such as tuna or swordfish in the ocean. They sail a type of boat called longliner and set a fishing line called a mainline in the water. This mainline is suspended at the surface thanks to large buoys attached at regular intervals. The mainline, which can be as long as 150 km, is attached to vertical secondary lines called branchlines, each one with a hook at its end. Each hook is baited with a squid or a mackerel. The branchlines are left to hang down in the water to attract and catch fish (Figure 2A). This entire fishing apparatus is called a longline. Fishers can set up to 3,000 hooks on the same longline. The longline is left to drift for about 6–7 h before being hauled onboard to harvest the captured fish.

Which Toothed Whales Engage in Depredation?

In tropical waters, two species of toothed whales—the false killer whale and the short-finned pilot whale—are commonly involved in depredation of fish caught on longlines (Figure 2B). Can you guess how big tuna and swordfish captured by longliners are? Tuna can exceed one meter in length, and swordfish can measure 2–3 m in length. However, false killer whales and short-finned pilot whales can be up to 6 m long. When depredating a fish, they tear the flesh off, leaving only the fish’s head on the hook (Figure 2A).

To locate and hunt their prey, toothed whales emit calls. Then, they listen to the echoes of those calls that bounce off the objects surrounding them. This technique is called echolocation. Toothed whales and other animals, like bats, use this hunting technique to locate and identify their prey, based on the specific echoes that return to them. Toothed whales use echolocation to spot the hooked fish, and the noises of the boat in the distance also attract the whales. Since hooked fish cannot swim away, it is very easy for the whales to feed on them: it is like a ready-to-eat meal in an all-you-can-eat restaurant! It is so easy that toothed whales sometimes swim along the mainline and steal every single captured fish, making the fishers to feel desperate.

So far, several techniques have been tested worldwide to decrease depredation, but none of them work very well [3–5]. We run a project called PARADEP1, to find an innovative way to reduce depredation by toothed whales. The aim of the project is to design a shield that can hide and protect the captured fish. How does it work? First, picture Spider-man©: his super power allows him to shoot an adhesive spiderweb through a small barrel located on his wrist, right? Our device is similar to this barrel. Two protection nets (which look like Superman’s© cape) are stored inside a small case. These cases are attached to the tops of every branchline. When the fish bites the bait and pulls on the hook, the case opens. Then, the protection nets are ejected, slide down the branchline, and wrap the fish up. Then the fish is protected by a shield, as if it were wearing an invisibility cloak. The net shield makes it harder for toothed whales to see and eat the fish, so the net avoids whales from depredating the fish until the line is hauled back onboard. This way, the fisher can harvest undamaged fish, even if toothed whales are swimming near the boat (Figure 3).

Our device will keep fishers from both losing income and working overtime to compensate for the loss of fish. The device is reusable, so it is environmentally friendly and economically attractive for fishers. It will also help protect the toothed whales, because it will reduce their risk of injury and they will have to use their natural hunting skills again.

Depredation of fish caught by drifting longliners causes conflicts between fishers and toothed whales. This interaction needs to change, so that fishers and toothed whales can share the same feeding/fishing grounds without harming each other. By creating a shield around a hooked fish until it is hauled onboard, the PARADEP device may be the solution we are looking for, both for protecting toothed whales and preventing fish from being stolen. We are working with fishers because they want something to help them decrease depredation. They are playing an important role in testing the PARADEP device. After several months of PARADEP testing and collection of feedback from the fishers who are using it, we will know whether PARADEP works well-enough to help reduce depredation by toothed whales throughout the world’s oceans.

Toothed Whales: ↑ A group of marine mammals, including killer whales or dolphins, that have pointy teeth and feed on fish or squids.

Depredation: ↑ The act of damaging or stealing plants or animals grown or bred by humans. For instance, coyotes or foxes sneaking into a farm to eat chickens is depredation.

Drifting Longline Fishing: ↑ A technique involving a floating mainline set in the ocean, with hundreds of vertical baited branchlines attached to it. This longline drifts for hours to catch fish.

Mainline: ↑ A horizontal fishing line set in the water and suspended at the surface thanks to large buoys attached at regular intervals. It can be as long as 150 km.

Branchline: ↑ A vertical secondary line attached at regular intervals to the mainline, with a baited hook at its end. Fishers can set up to 3,000 branchlines on the same mainline to capture fish.

Echolocation: ↑ A hunting technique used by bats or marine mammals. They emit calls and they listen to their echoes. They use this technique to locate, identify, and hunt their prey.

We thank the European Maritime and Fisheries Fund for funding the PARADEP project. The project was made possible due to the involvement of Auriane Serval, Chloé Yven, Marc Soria, Nicolas Guillon, Evgeny Romanov, and all those who took part in the fieldwork: thanks to all of them. Additionally, the authors would like to thank Yona Bodin for her feedback and her constructive comments. Our appreciation also goes to Pr Frédérique Carcaillet for her helpful comments to improve the manuscript. Finally, we are very grateful to the young reviewers, their mentors and the journal Editors for all their useful feedbacks.