Protecting Our Climate by Turning CO2 Into Stone 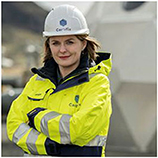 I have been fascinated by rocks in all their forms since I was a kid traveling around Iceland with my grandparents. I was intrigued by mountains in all their shapes and later on the deep buried rocks we can bring to the surface by drilling wells into the ground. For the past couple of years, I have studied the nature’s way of storing CO2–how CO2 interacts with rocks to be turned to stone. I hope this process is a key to some of the solutions we need to solve the climate crisis. *sandraos@carbfix.com 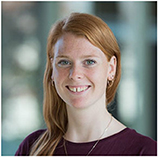 My interest in rocks started when I was a kid as my neighborhood’s playground had these smooth black rocks called basalt. Later on, I studied volcanoes that form these rocks. Now, I am working on another similar rock type that forms under the earth’s crust called peridotite. Both of these rocks can be used to store carbon dioxide and help fight climate change—I am interested in which parts we can use and where we can find them. 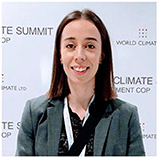 My interest in preserving the natural environment from the impact of climate change sparked my interest in innovation and sustainability early on. I studied both business and sustainability science at university. Now I am working as an advisor in an environmental software company, helping cities, companies, and organizations measure their carbon footprint with real-time data and set goals on how to minimize their carbon footprint. 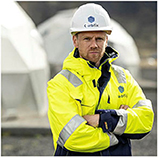 My passion for the natural sciences was ignited by the richness of the universe. An early career in astrophysics kept me fascinated with the many planets being discovered outside our solar system. I have now shifted my attention to planet Earth and am dedicated to keeping carbon out of Earth’s atmosphere by turning it into stone. So far, it is the only habitable world we know of.

We are a synthetic biology team with the international Genetically Engineered Machine (iGEM) in Lima, Peru. We are the only high school team in Latin America and are proud of our work with creating a detector for cadmium using bacteria. Most of us are second language learners and the age range of our group is 14–17 years old. We love GMOs! 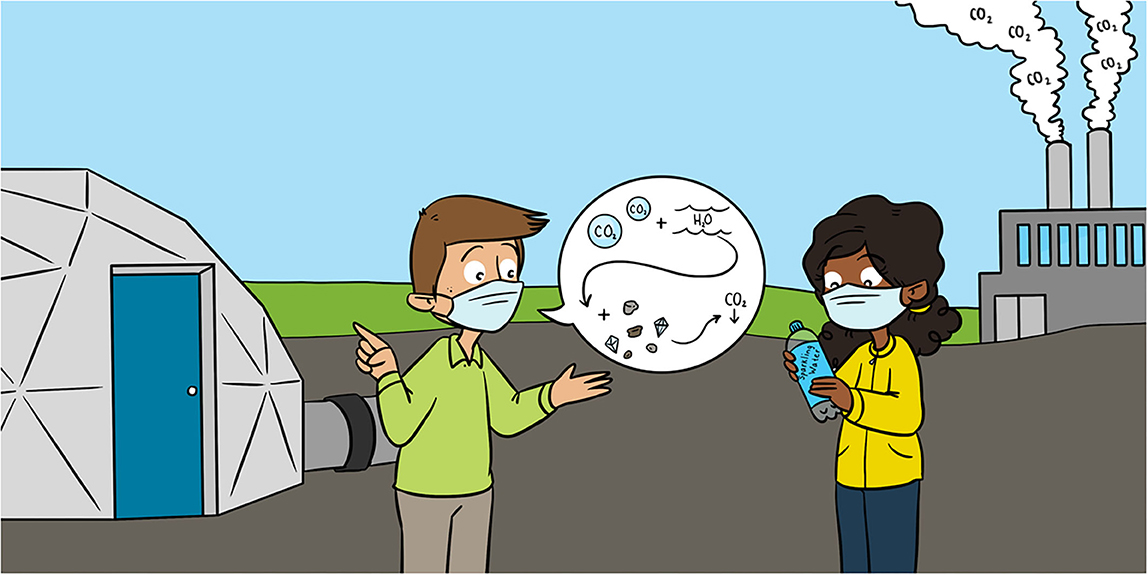 The biggest task of this century is to reduce the emissions of CO2 into the atmosphere, to slow down climate change. One key technology is to capture the CO2 from power plants and factories to prevent it from affecting the climate. But how can we store this captured CO2 in a safe and permanent manner? In this article, we report on a method that has been demonstrated in Iceland, in which CO2 is injected deep into the ground and turned into stone—a natural way of dealing with CO2 emissions!

Cutting back on greenhouse gas emissions into the atmosphere is one of the biggest challenges of the century. For the past 50–100 years, the average temperatures on Earth have been increasing quickly. In fact, the past 5 years have been the warmest years in centuries [1]. This rapid warming is mainly caused by human activities, including the burning of fossil fuels for power plants, cars, and airplanes. Burning fossil fuels releases greenhouse gases, mostly carbon dioxide (CO2), which in turn increase the greenhouse effect and lead to rising temperatures.

This rise in temperature, known as global warming, increases the number of wildfires, speeds up the melting of glaciers, and causes rising sea levels. In addition, global warming leads to more extreme weather events, such as droughts, storms, and heavy rainfall. The continued emission of greenhouse gases will cause further warming of the atmosphere and oceans, which will cause permanent changes in the earth’s climate, increasing the likelihood of severe impacts for people and ecosystems.

The biggest task of this century is to reduce the emission of CO2 into the atmosphere, to help slow down global warming. This means changing from fossil fuels to renewable energy sources. In addition, we need to conserve our resources on Earth, plant trees, and restore land that has been damaged through human activities. But some CO2 emissions are hard to get rid of, including the CO2 released from cement and steel factories, for example. There are also places where renewable energy is not an option and fossil fuels still need to be burned. How is it possible to minimize such CO2 emissions?

One key technology for reducing emissions is to capture the CO2 that is produced by power plants and factories. This prevents the CO2 from being released into the atmosphere and limits the effects of climate change. But where can we store this captured CO2? How can it be put away in a safe and permanent way?

In Iceland, a method has been developed that takes this captured CO2 and turns it into stone, deep underground. This might sound like magic, but it is actually the Earth’s way of getting rid of excess CO2 from the atmosphere: nature turns the CO2 into stone using metals that are present in certain rocks [2]. The best rocks for this process are volcanic rocks, such as basalt and peridotite, which contain a lot of the metals needed for this reaction. In nature, this is a slow progress—too slow to prevent the global warming that is currently affecting the Earth.

An Icelandic project called Carbfix speeds up this natural progress. The CO2 is dissolved in water, the same way a soda machine makes sparkling water (Figure 1). The water with the dissolved CO2 is then pumped deep into the ground. If this sparkling water is pumped into the right kinds of rocks, the rocks release metals that mix with the CO2 in the water and turn the CO2 into stone. This process safely and permanently removes the CO2 from the atmosphere, since rocks cannot leak out of the ground.

This technology is being used at a geothermal power plant in Hellisheidi, in Iceland. Geothermal plants use steam from geothermal fields which contains a fraction of CO2, and in the process of producing electricity this CO2 is released. The CO2 emitted from the power plant is dissolved in water in a structure called a scrubbing tower. The CO2-charged water is then injected into the ground using a device called an injection well, which reaches over 2,000 m down into the earth. The basalt at this depth is perfect for this method, since it contains the metals needed for turning CO2 into stone. Currently, about 12,000 tons of CO2 are turned into stone every year at the Hellisheidi geothermal plant, instead of being released to the atmosphere. This is equivalent to the annual emissions from about 6,700 cars [3].

Currently the Hellisheidi power plant is the only facility where this technology is being demonstrated. About 70,000 tons of CO2 have been injected and turned into stone since the process started in 2014. However, there are plans for more widespread use of the technology and, in 2021, the Carbfix process will be applied to a second geothermal plant in Iceland. There are also other and even more innovative plans for turning CO2 to stone soon.

Removing CO2 from the Atmosphere

Climate scientists have predicted that stopping new emissions of CO2 will not be enough to tackle climate change. In the future, we will need to start removing the CO2 that we have already emitted into the atmosphere [4]. There are several ways to remove CO2 from the atmosphere, including planting trees and restoring the health of soils that have been contaminated or overused through farming. Since we need to remove a lot of CO2 as quickly as possible, we will also need to rely on technology that captures CO2 directly from the atmosphere. This technology is called direct air capture (DAC) and it is being developed in several places around the globe.

The first example of DAC technology, combined with the Carbfix technology, has been ongoing in Iceland since 2017. The company Climeworks has developed a facility that has been removing CO2 directly from the atmosphere. The facility draws in air and filters out the CO2, which is then dissolved in water, injected into the earth, and turned into stone [5]. The facility can remove about 50 tons of CO2 every year, an amount roughly equivalent to that removed by about 2,000 trees.

This experiment must be done on a much larger scale in the future. A scale-up of the DAC facility is planned in Iceland in the upcoming years, which will help to increase the amount of CO2 captured within stone underground. There is, however, a big task ahead.

The Future of Removing CO2 from the Atmosphere

Now you know that the ingredients for turning CO2 to stone include a source of CO2, volcanic rocks, and water. In some cases, we will need to transport the CO2 via pipelines or ships to a location where we can inject it into the right kind of rocks (Figure 2). Volcanic rocks, such as basalt and peridotite, are very abundant. In fact, basalt is the most common rock type on the surface of the Earth, covering most of the ocean floor and about 5% of the continents (Figure 3). The global storage potential of all the basalt on Earth is larger than the CO2 emissions that would be produced from burning all fossil fuels on Earth [2]. This means we have plenty of the right kinds of rock to successfully store CO2 in minerals that would otherwise affect our atmosphere. Water can be scarce in some areas, so scientists are now exploring ways of supplying the necessary water directly from natural underground reservoirs or using seawater.

There is a big task ahead in terms of capturing and storing CO2. In the coming years, to protect the Earth and human lives, we need to capture and store CO2 on a much greater scale. CO2 must be captured from factory emissions, power plants, and directly from the atmosphere. The question that remains is how much CO2 will we be able to turn into stone, and whether this amount will be enough to contribute to protecting the Earth and its inhabitants from the dangerous effects of worsening climate change.

Greenhouse Gases: ↑ Gases in the atmosphere that trap heat. Increase in concentration of greenhouse gases in our atmosphere causes temperatures to rise leading to climate change.

Fossil Fuels: ↑ Fossil fuels are formed over millions of years from organic matter, such as buried plants and animals. Fossil fuels include coal, natural gas, and oil, but burning of these fuels releases a lot of CO2. Fossil fuels are the largest contributor to Climate change.

Greenhouse Effect: ↑ The effect the greenhouse gases have on the atmosphere by trapping heat and warming the Earth’s surface.

Global Warming: ↑ The warming we are experiencing due to the increased greenhouse effect.

Volcanic Rocks: ↑ Rocks formed from lava erupted from a volcano or from magma that escapes from the roots of volcanos but does not make it to the surface and solidifies within the subsurface.

Direct Air Capture: ↑ Capturing of CO2 that has already been emitted to the atmosphere. 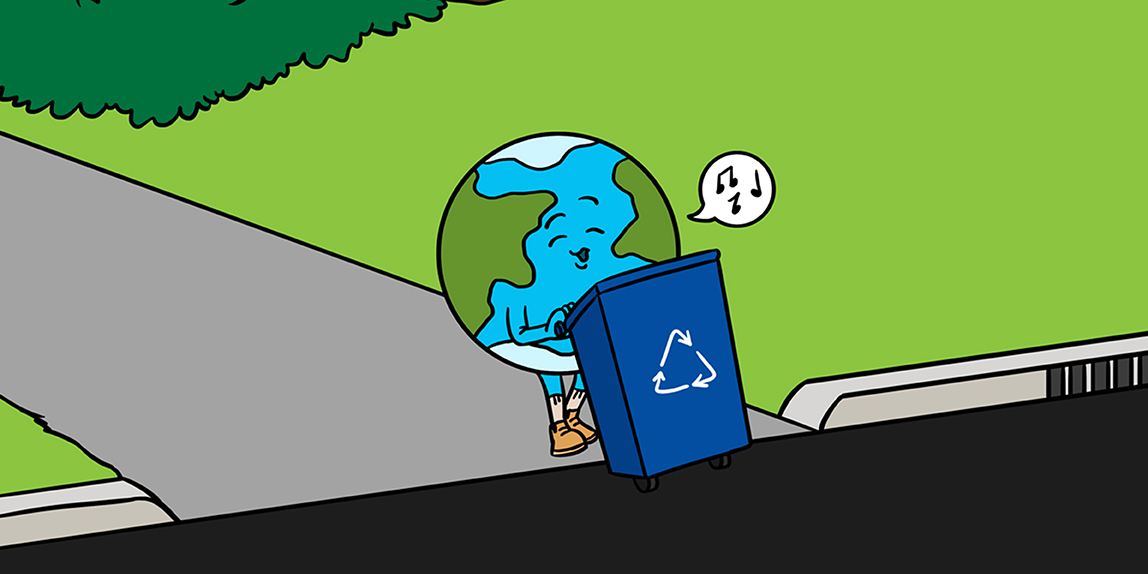 How the Earth Recycles

Recycling is not just for plastic. Did you know that the Earth recycles? Recycling happens because the outer part of... 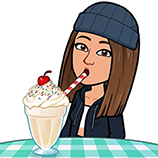 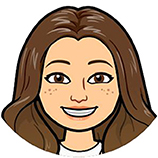