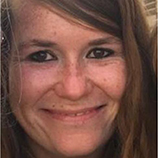 In my research, I am interested in how children learn basic maths but also how adults deal with numbers. I am especially interested in how different languages help or sometimes do not help maths learning. I also think it is very important to use the things I learn from research to support children that really struggle with maths, reading, or writing. My main language is German, but I also speak English and French and I am trying hard to learn to speak Spanish right now. *j.bahnmuller@lboro.ac.uk 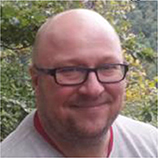 As a child, I was quite late in learning language. I only started talking a bit around 2 years old. On vacation that time, I met a little girl of my age who could already talk. However, I was quite early in learning numbers and calculations. Maybe this is one of the reasons why I am interested in how language influences number processing and maths. Is calculation easier in some languages than in others? Do we need language at all to deal with numbers? Is language especially important when maths problems get more difficult? 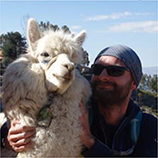 I am a researcher working in Loughborough, UK and I originally come from Poland. I have also lived in Germany for a couple of years. Polish is my main language, and this may be the reason I struggle with German numbers! In my work, I am doing research on how the mind handles numbers and what kind of other information it uses to handle them. Apart from that, I am interested in many things about science in general. In my free time, I love to travel and to hike. My favorite animals are: penguins, giant pandas, alpacas, and koalas. 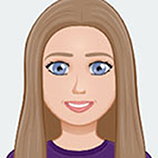 Hi, my name is Siena, I enjoy reading, writing, and cats, and I am in fifth grade. 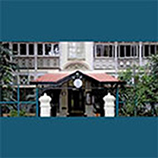 We are the students of grade 8 at The Bombay International School (two sections of 20 students each) and are interested in the concept of reviewing articles for Frontiers for Young Minds. We enjoy testing our own skills as writers when coming up with feedback for a manuscript. Learning, exploring, and challenging our boundaries is fun. There is so much to learn at Frontiers for Young Minds! 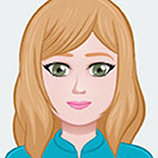 Hi, I am Bridget, I enjoy the exact same things as Siena—learning is fun!

Doing basic maths seems to be a pretty common thing. 2 + 2 equals 4, both in France and in China. 7 × 8 equals 56, both in the United States of America and in Germany. Although most of us use the same symbols to write down numbers (1, 2, 3, 4, …), we use very different words for these numbers simply because we speak different languages. In this article, we will give examples of what number words in different languages look like. We also show how the way multi-digit number words are built can make learning maths and dealing with large numbers easier or more difficult.

Numbers and Maths Are Pretty Universal

Doing basic maths1 seems to be a pretty common thing—you do it, I do it, even very young children do it before they go to school, for instance, when they count marbles. This is also true for calculations: 2 + 2 equals 4, both in France and in China. 7 × 8 equals 56, both in the United States of America and in Germany2. Most countries use the so-called Hindu-Arabic numeral system to write down numbers. The Hindu-Arabic numeral system uses exactly ten symbols that you are probably familiar with: 1, 2, 3, 4, 5, 6, 7, 8, 9, and 0. We use these ten symbols to write down single-digit numbers and we combine them when we write down multi-digit numbers.

Having the same rules and symbols is great, because it makes it very easy to talk about numbers and calculations. It almost looks like we have one world-wide maths language and that learning basic maths in one country does the job, no need to learn it again in another country. 2 + 2 remains 4, no matter where you are.

Learning number words for numbers larger than ten differs much more between languages (try the quiz in the Figure 1). In some languages, the way people name multi-digit numbers is very clear and regular. Mandarin (the most popular language in China) is one of these languages. The Mandarin number word for 29 means “two-ten-nine” and the number word for 97 means “nine-ten-seven.” Scientists call such languages transparent. This means that, in Mandarin, number words fit nicely to the way we write down the digits of multi-digit numbers and the number words clearly show the place-value rule: 97 = 9 × 10 + 7 = “nine-ten-seven.”

Scientists found out that learning maths and dealing with multi-digit numbers is easier for children who speak a language with clear number words. However, the problem is that not all languages have clear number words. What do unclear number words look like? Have a look at some of the words for 97. In Basque (a language mostly spoken in a region in the north of Spain), they say “laurogeita hamazazpi,” which means “eighty-ten-seven” (80 + 17). In French, they say “quatre-vingt-dix-sept,” which means “four-twenty-ten-seven” (4 × 20 + 10 + 7). The way these number words are constructed is really complicated. In Hindi (one of the most popular languages in India), there are a few numbers for which people use subtraction rather than addition to build the number word. For example, for the number 29 they say “unatis,” which means “one before thirty” (30-1).

In Table 1, you can see the words for some multi-digit numbers in different languages. All the blue number words are somehow unique. The teen numbers are especially difficult to learn in many languages. Wouldn’t it be clearer to say “one-ten-two” than “twelve” for 12? Twelve is a new word we need to learn, while for “one-ten-two” we can just use a rule. Saying “fourteen” instead of “teenfour” (or even “one-ten-four,” like in Mandarin) is also not that helpful. Why do we sometimes switch the order of numbers and name the units first? Such switching is called number word inversion. In English, only a few teen numbers (thirteen to nineteen) are switched. In other languages, such as German, Dutch, Arabic, or Maltese, all two-digit numbers are switched (97 is “siebenundneunzig” in German, which means “seven-and-ninety”). For larger numbers, it gets even more confusing! The German number word for 234 means “two-hundred-four-and-thirty.” Here, the digit on the left is named first, then the digit on the right, and finally the one in the middle. Complicated, isn’t it?

It is not surprising that children who speak languages with switched number words have a hard time dealing with multi-digit numbers. German children (switching needed) make more than 5 times as many mistakes when they write down numbers than Japanese children (no switching needed) [1]. About half of the errors German children made involve mixing up the order [2]. For example, when they hear “five-and-forty,” they often write down 54 rather than the correct number, 45. So, any child who grows up with a more transparent number word system can be happy that they have an easier time learning numbers.

However, After Some Training, Most People Just Learn How It Is Done

…But the Problems Start All Over Again When People Try to Do Maths in Another Language!

More and more people are now traveling and even living in other countries where they need to speak other languages. Sometimes, the new language has a different way of saying multi-digit number words and we must learn these new number words by heart. This can be a big problem, for example, if you come from Poland (no switching needed), and you want to live in Germany (switching needed). Krzysztof, one of the authors of this article, is one of these people. Every single time he does his groceries and tries to pay for them, he gets confused. When the lady at the cash desk says “Neunundzwanzig euro, bitte!” [“Nine-and-twenty euros, please!”], Krzysztof’s first thought is “How on earth did I manage to spend almost one hundred euros for food I plan to eat in the next 3 days?” Despite knowing that he must do the switching, and despite doing research on this very topic, it usually takes him a while to calm down and pay the proper amount of money.

We use numbers and number words every day and for most of us they are not really special—at least not after some time and practice. However, when we look at number words more closely, it is fascinating to see how languages differ in naming multi-digit numbers. Although number words differ a lot, in most cases the way the number words are built is not random but follows specific rules. Have another look at the quiz in Figure 1. Now that you have learned some of these rules, see if you can decode some of the numbers more easily. Exploring the details of number words can help us understand why children speaking one language might struggle with maths more than children speaking another language. We might also be able to identify children having problems with maths early on and to find out how to support them. Of course, the rules for building number words are not the only thing that is important when learning maths, but it is certainly one piece of the puzzle.

Number Word Inversion: ↑ In some languages, the order of numbers in two-digit number words is switched. For example, instead of saying forty-two for the number 42, in some languages they would say two-and-forty. This switching is called number word inversion.

We thank Ani, age 11, for her comments on an earlier version of the manuscript. We would also like to thank those who assisted in the translation of the articles in this Collection to make them more accessible to kids outside English-speaking countries, and for the Jacobs Foundation for providing the funds necessary to translate the articles. For this article, we would especially like to thank Nienke van Atteveldt and Sabine Peters for the Dutch translation. 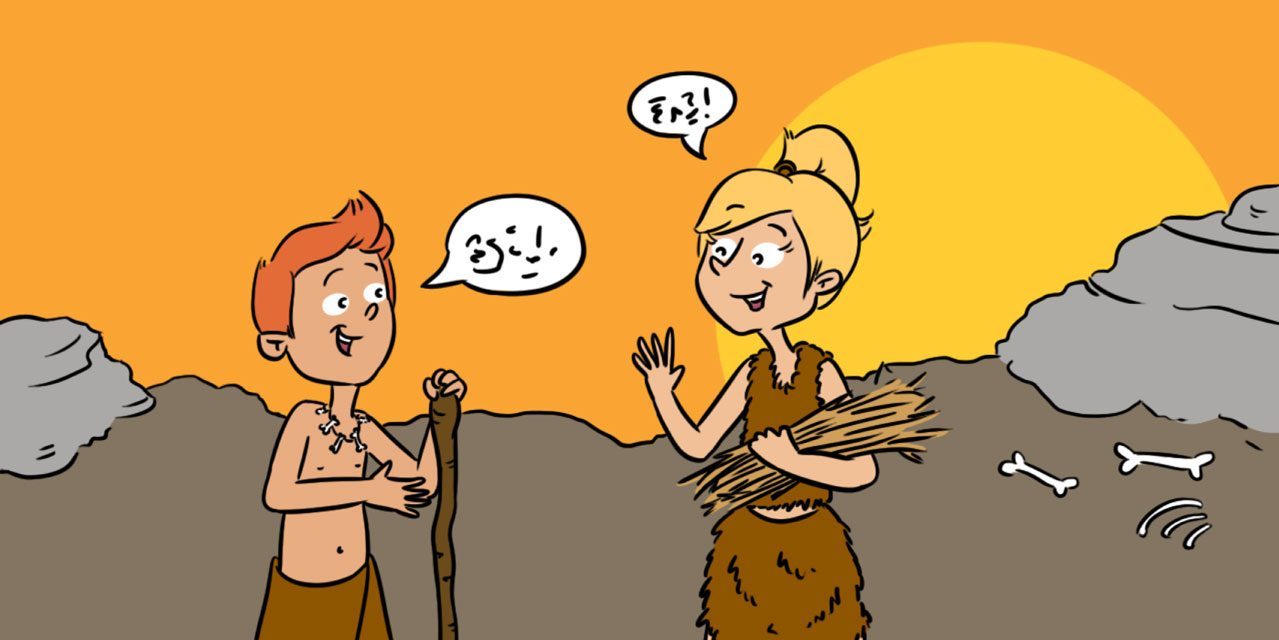 How were languages spoken by our ancestors in prehistory? Because prehistory is the time before written records, we... 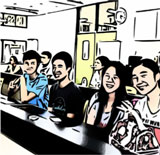