Brain-Computer Interface Racing at the Cybathlon 2016 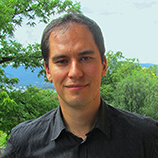 Domen Novak obtained his Ph.D. in Electrical Engineering from the University of Ljubljana in 2011. He was a postdoctoral fellow at the Sensory-Motor Systems Lab of ETH Zurich, Switzerland, from 2012 to 2014, and has been an Assistant Professor in Electrical and Computer Engineering at the University of Wyoming since 2014. His research interests include rehabilitation robotics, the electrical activity of the human body, virtual reality, and general human-machine interaction. *dnovak1@uwyo.edu

Roland Sigrist obtained his M.Sc. and Ph.D. from ETH Zurich, Switzerland, in 2009 and 2014, respectively. His research was conducted in the Sensory-Motor Systems Lab and focused on learning complex motions with the help of technology. Following the completion of his Ph.D., he became the director of the Cybathlon, leading the organizational and promotional efforts for both the 2016 and 2020 Cybathlon competitions. 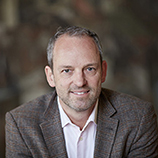 Robert Riener obtained his Ph.D. in Engineering from TU München in 1997. After postdoctoral work at the Centro di Bioingegneria, Politecnico di Milano, he returned to TU München and obtained his habilitation in biomechatronics in 2003. He joined ETH Zurich as an Assistant Professor in 2003 and has been full Professor for Sensory-Motor Systems since 2010. He holds a double professorship with the University of Zurich and is thus also active in the Spinal Cord Injury Center of Balgrist University Hospital, Zurich. His research interests involve human motion analysis, virtual reality, human-machine interaction, and rehabilitation robotics. Robert Riener is the initiator of the Cybathlon. 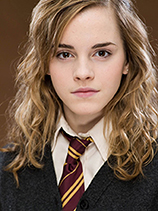 Hi! I am a happy girl that loves to help others. 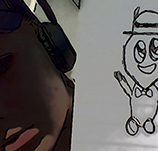 I love drawing and science so this project with real scientist and a drawing activity invloved was really fun for me. I got to learn a lot about brain-computer inerface racing games. Involving young students in science is a very fun way for us youth to become interested in science and more of a chance that we would want to pursue it when we get older. Me and Froot loops says thank you for this opportunity.

On my free time I enjoy reading, playing basketball, and exploring science! My favorite part in science is chemistry because there are so many elements to learn about. 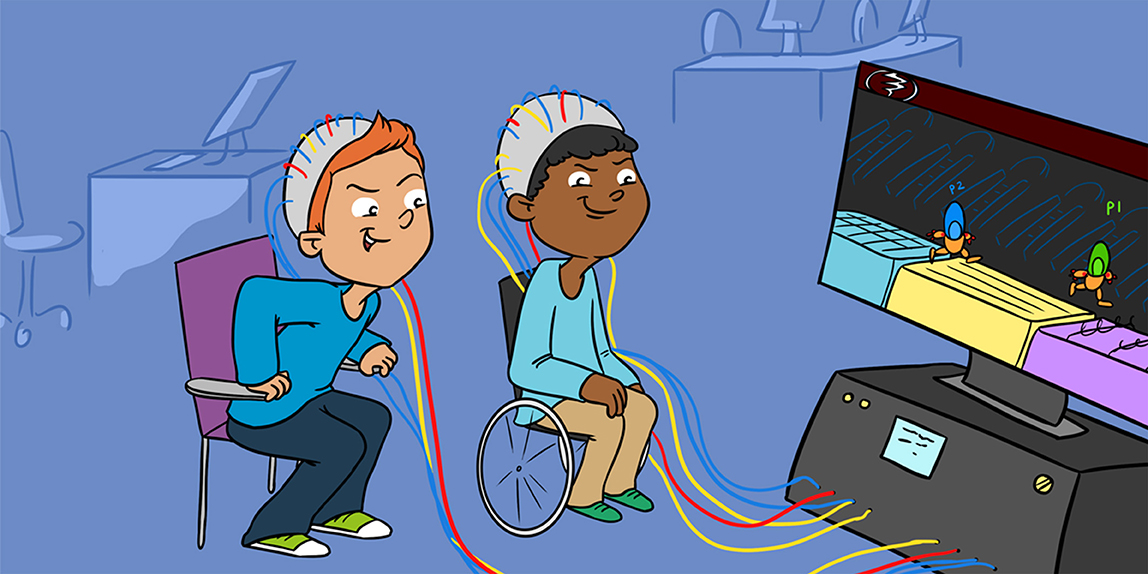 What are Brain-Computer Interfaces and How are They Usually Used?

What if you could control machines with your mind? It sounds like science fiction, but it is actually the focus of the scientific field called brain-computer interfaces (BCIs). BCIs measure electricity produced by the brain, then examine the electrical signals for patterns that might indicate the intention, or what the brain is trying to get the body to do. BCIs are useful tools for people who cannot move their limbs. These people can use BCIs to control wheelchairs [1] or write messages [2]. However, since the brain's electricity is weak and must be measured from the surface of the scalp (not inside the skull), it is hard for BCIs to accurately identify people's intentions from electrical measurements.

So how do you evaluate a BCI to know if it is useful in the real world? Researchers usually collect brain measurements and store them on a computer, then use these measurements to compare different BCI software to identify the “best” software [3]. However, this only lets researchers determine how a BCI reacts to pre-recorded data—it does tell them how quickly and accurately a person could perform a task with the BCI. At an event for people with disabilities, called the Cybathlon 2016 [4], we organized a BCI race, in which different BCI technologies could be compared with regard to how fast users could use each technology to complete a computerized racing game [5]. This was the first comparison of different BCI approaches in the “real world”: while completing a task under time pressure in a noisy environment.

What Kind of BCIs Were Allowed in the Competition?

Since we wanted to compare different BCIs in a fair way, we made rules about the types of BCIs that could be used. We allowed BCIs that measure brain activity without breaking the skin or stimulating the brain. Even though there are a few different technologies that meet these criteria, all our competitors used BCIs based on electroencephalography (EEG). EEG is a method that uses small electrodes on the scalp to record the brain's electrical activity. Competitors could use as many electrodes as they wanted and could use a thick gel on the electrodes to create better contact with the skin.

In a BCI, the EEG electrodes are connected by cables to a computer that “reads” the electrical measurements and converts them to digital values. While competitors could use any software to get useful information from the EEG measurements, they all used software consisting of four stages [6]:

The exact software used in each stage was different from competitor to competitor, and this had a huge effect on BCI performance.

To generate commands, users must think about specific things, which cause specific patterns of electrical activity in the brain that the BCI can identify from the EEG measurements. In most cases, these specific thoughts were about moving a certain part of the body. For example, the participant would think about moving the left arm for command 1, moving the right arm for command 2, and walking for command 3. In some cases, competitors used mental imagery. For example, the participant would do math in their head for command 1.

The BrainRunners game (developed by Zurich University of the Arts and ETH Zurich, Switzerland) is shown in Figure 1. This game lets four people use BCIs to control avatars that compete on a racetrack. The game is designed for BCIs that can send three different commands. Therefore, the track has four types of fields (conditions to navigate):

If a user sends the wrong command (for example, “jump” on a laser field or any command on a no-input field), their avatar slows down. This design was used because BCIs sometimes send a command to a machine even when the user does not want them to.

BCIs are mostly used by people with tetraplegia (inability to move arms or legs), because BCIs provide a way for these individuals to use computers. Each team included a group of scientists and one person with tetraplegia, who was called the pilot. The scientists developed and set up the BCI, and the pilot played the game. At Cybathlon 2016, eleven teams from around the world participated in the BCI race. Specifically, the teams were affiliated with Ecole Polytechnique Federale Lausanne, Radboud University, University of Essex, TU Darmstadt, Korea University, Neurobotics, University of Ulster, Mahidol University, Pazmany Peter Catholic University, TU Graz, and Ecole Superiore de Lyon. The pilots were 27–56 years old and had all suffered spinal cord injuries.

At the Cybathlon, we first had three qualification races with four pilots per race. Each racetrack included four of each field type (no-input, wind, stumbling blocks, lasers) in random order. The four fastest pilots advanced to the A-final, while the next four fastest pilots advanced to the B-final. Photos of pilots with BCIs are shown in Figures 2, 3.

A BrainRunners race takes about 200 s if the pilot never sends a command through the BCI—the avatar eventually gets to the finish line anyway, just more slowly. In the qualifications, the best team (Ecole Polytechnique Federale Lausanne) completed the race in 90 s, while the worst team needed 196 s. In the final, Ecole Polytechnique Federale Lausanne won again, with a time of 125 s. There were several differences in team performance between the qualifications and the finals—for example, one team completed the qualification in 123 s but needed 190 s for the final.

The race showed that BCIs can be very effective. The shortest race completion time (90 s) was much less than the time needed if the pilot never sent a command (200 s). However, when errors happen, BCIs can be nearly useless—the worst completion time was 196 s, barely better than if the pilot had not sent any commands. Thus, it is critical to continue developing robust and accurate BCI technologies.

One weakness of the race was that we were unable to figure out why one BCI device was more effective than another. The “best” and “worst” competitors used similar hardware and software, so the difference in race time may have been due to the user's mood or the amount of training done with the BCI. In the future, we will study these factors in more detail. We will also study how fast the same race could be completed with a different type of interface technology—for example, an eye tracker instead of a BCI.

Possible Improvements and Uses for BCIs

Though we only tested BCIs in the BrainRunners racing game, they have many uses. As mentioned, BCIs are already used by people with tetraplegia to control wheelchairs [1] and to write messages [2]. At future Cybathlon events, we can imagine people using BCIs to drive wheelchairs through obstacle courses instead of playing computer games! BCIs also do not have to be limited to people with tetraplegia—science fiction authors have written stories about using BCIs to control robots or even spaceships. These things are certainly possible once BCIs have been improved.

Currently, BCIs are mainly limited by the amount of information that EEG provides. Since the EEG is weak and noisy, BCIs are slow and imprecise. When using a BCI to type, for example, users can only type about 10 characters per minute. Therefore, BCIs today are mainly used by people with tetraplegia who cannot use keyboards. However, future BCIs will hopefully be able to get more detailed information from the brain, allowing more precise commands and making the technology attractive for everyone.

Our BrainRunners game is an effective way to measure the effectiveness of BCI technology, because it can be connected to any BCI and provides an easy-to-understand result (time needed to complete the race). At the Cybathlon, we demonstrated that some BCIs are much more effective than others, as race completion times ranged from 90 to 196 s. In the future, we could simulate different scenarios in BrainRunners by, for example, increasing the time penalty for sending the wrong command.

As our race was the first major comparison of BCI technologies in a realistic scenario, we believe that this technique could be used by researchers and commercial developers to evaluate the effectiveness of their own BCIs. Furthermore, the BrainRunners game could be used to study how different factors affect BCI performance. This would allow scientists to get a complete picture of how different factors affect different BCIs in certain populations, paving the way for broader use of BCI technologies in everyday life.

Brain-Computer Interface: ↑ A machine that reads the electrical activity of a person's brain, extracts the person's desired intentions from it, and sends this information to a computer.

Cybathlon: ↑ An event where people with disabilities compete in different races with the help of technology.

Electroence-Phalography (EEG): ↑ The process of measuring the brain's electrical activity using electrodes on the scalp.

Electrode: ↑ A piece of material that conducts electricity and is placed on a person or animal to measure electrical signals from the body. Electrodes are connected to a computer using cables.

Tetraplegia: ↑ The inability to move the arms and legs.

All authors were part of the organizing team of Cybathlon 2016. Though the Cybathlon is a nonprofit event, the authors should not be considered independent observers of the event. 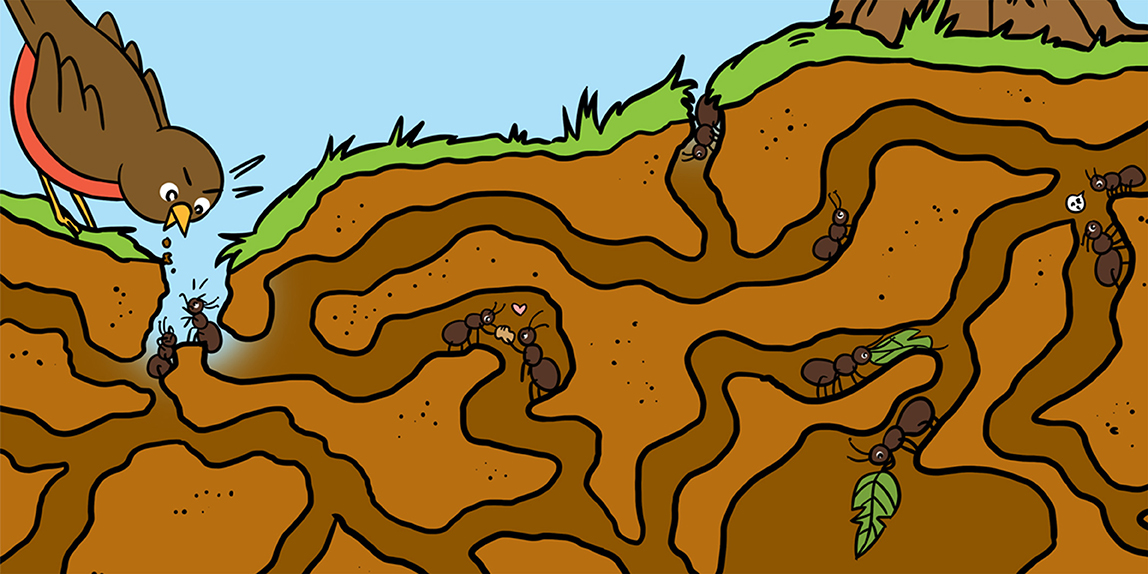 How Can Completely Locked-in Persons Communicate...

People with complete locked-in syndrome have lost the ability to control any kind of movement. They can’t speak, move... 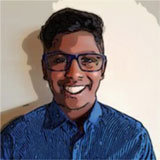