Making a Map of the Earth’s Magnetic Field 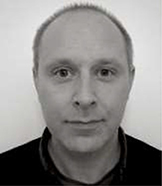 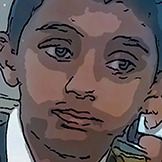 I am 10 years old student from India. I am an avid reader of several genres of books. I am a keen participant in quiz contests and olympiads, and a spell bee champion. I attend football classes and enjoy cycling.

The Earth has a solid inner core and a liquid outer core, both made of iron and nickel. The metal carries an electrical current that is powered by the movement of the liquid. The electrical current creates a magnetic field that reaches out from the core to the surface of the Earth and beyond. The magnetic field formed by the Earth’s core is expected to align with the axis of rotation, but it deviates a bit for reasons that are not well-understood. A compass needle generally does not point to true North (the axis of rotation of the Earth), but to the magnetic North pole. The angle between true North and magnetic North at any particular position on the Earth is called the declination angle. Maps of the declination angle are very complicated and because of the flow of the outer core, the position of magnetic North moves over time.

Planet Earth can be divided into four layers: the solid inner core at the center, the liquid outer core, the rocky mantle and the crust at the surface, which we live on. The core of the Earth is around 6,800 km wide and starts about halfway to the center of the planet (Figure 1b). It is made up of around nine-tenths iron and nickel [1]. The inner core is about the size of the moon. It is very hot (>5,000°C) and is solid due to the extremely high pressure from the weight of the material above it.

Further away from the very center of the Earth is the liquid outer core, which is about the size of Mars. The metal is still extremely hot (>3,000°C) but despite the high pressure, the outer core is actually very runny, as the heat overcomes the effects of the pressure. The outer core flows as easily as water on the surface of the Earth does. This means the metal is constantly moving and flowing, like the oceans. Similar to what happens when you quickly stir a cup of tea, the rapid rotation of the Earth once per day makes the fluid in the outer core spin too.

The core is trying to cool itself down. However, the rocky mantle between the core and the surface acts as a blanket, stopping the core from cooling too quickly. The core tries to find other ways to get rid of its excess heat and energy. One way to do this is by generating a magnetic field. The magnetic field can pass all the way to the Earth’s surface, allowing a small amount of energy to be released by the core.

Magnetism and electricity are physically linked—you usually get one when the other is created, and that also happens within the core. The liquid metal of the core is too hot to be a permanent magnet, like a fridge magnet, but it is an electrically conductive material, like a copper wire. Similar to the wires in your house, the liquid core carries a very large electrical current, which in turn creates a large magnetic field.

The Magnetic Field at the Earth’s Surface

The magnetic field is very useful for navigation. The Chinese used basic compasses back in the 1100s to find direction. The first map was made by Edmund Halley, of Halley’s comet fame, for use by ships sailing the Atlantic Ocean in 1699. He realized that the magnetic field changed constantly and proposed that there was a liquid layer at the center of the Earth. The magnetic North pole was discovered by James Clerk Ross in 1831 in Canada. However, to further complicate matters, the magnetic North pole does not stay in the same place but instead moves all the time, due to the flow of the outer core.

At present (in 2019), the magnetic North pole is still in northern Canada, but it is moving at a rate of around 50 km per year and will cross into northern Russia sometime in the next decade. Figure 2 shows the locations of the North and South magnetic poles from the years 1900 to 2020. Notice how quickly the North pole has moved since 2000, while the South pole has not moved by much in comparison.

To make a map of the magnetic field is simple enough, in theory. All you need is a GPS device (such as a smartphone) to work out your exact location and to help you find the direction of true North. You also need a compass. First, use the GPS to work out the direction of true North. This can be done by putting two sticks in the ground along a line of constant longitude. Stand between the sticks and work out the angle between the compass needle and the true North line you made using the two sticks. Congratulations, you have measured declination! To make a map, repeat this measurement at another location and another. Do this a few million times across the entire world, including the oceans and the deserts, and your work is complete … for a few years at least, until magnetic North moves. Obviously, this is impossible for a human to do, but it is feasible for a satellite.

Since 1999, there have been three European satellite missions to make very precise measurements of the Earth’s magnetic field. Figure 1b shows how a satellite senses the magnetic field coming from the outer core. The current trio of satellites, called Swarm, flies between 450 and 500 km above Earth’s surface and travel at 8 km per second. It takes around 90 min for them to circle the Earth and they make 15 orbits per day. After 4 months, they make enough measurements across the world to create a map [2].

The satellites’ measurements are collected onto a computer, where a mathematical process called inversion is used to produce a map (or snapshot) of the magnetic field at a fixed point in time. Figure 3 shows a map of declination angle for January 2019, illustrating how complicated the magnetic field really is.

As the magnetic field change is not predictable much beyond 10 years, these magnetic field maps get updated regularly every 5 years. Some maps are created for free by a group of scientists from around the world and are known as the International Geomagnetic Reference Field, or IGRF [3]. It is a big effort to make a good map, and takes several months of work. The latest version was released in 2015 and the next will be ready by 2020.

Magnetic Map on Your Smartphone

When you open the map application, your location is usually shown as a small dot with an arrow or triangle indicating the direction you are looking. Smartphones use a built-in digital compass to work out the direction of magnetic North. However, as maps are aligned to true North, the phone’s software has to correct for the declination difference. The phone uses your GPS location to work out the correct angle from a declination map, such as the IGRF. From Figure 3, you can see that, in some parts of the world, this angle can be up to 45°.

Making maps of the Earth’s magnetic field is a complicated process that has to be repeated at least once every 5 years in order to keep the maps up to date. The maps can teach us about the outer core of Earth, and they are also useful for many practical applications that you have probably experienced such for navigating through a city with a smartphone.

Outer Core: ↑ The liquid metal layer within the Earth, starting about halfway to the center.

Electrically Conductive Material: ↑ A material that allows electricity to pass easily through it.

Declination: ↑ The angle between magnetic North and true North.

Magnetic North: ↑ The point on the surface of the Earth where the magnetic field points directly toward the Earth’s center.