Size Doesn’t Matter—What Can Handwriting Tell Us About the Brain? 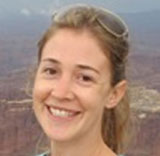 I am a neuroscientist interested in understanding how humans and other animals move, and what the mechanisms in the brain are that control these movements. I therefore study the activity of cells in the brain and examine how these activities change during action execution, for example, during reaching with your arm toward a specific target. Understanding how the brain controls movement may eventually help us find out what happens in certain diseases that affect the ability to move, such as in Parkinson’s disease. You will find me in the lab of Prof. Bence Ölveczky for my post-doctoral studies at the Center for Brain Science, Harvard University. *naamakadmon@gmail.com 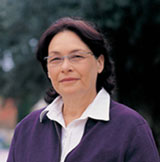 I’m a professor at the Department of Computer Science and Applied Mathematics, Weizmann Institute of Science, Israel. I received my BSc and MSc degrees in Physics from the Tel-Aviv University and PhD degree in Medical Physics from MIT, Cambridge, MA. Together with my students and colleagues, I focus on research in computational neuroscience, human motor control, movement disorders, and on motion control in biological (e.g., octopus) and soft robotic systems. 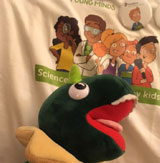 Helene loves dinosaurs. His favorite dinosaur is a parasaurolophus. He also likes video gaming and reading. His favorite games are Terraria and Jurassic world the game. His favorite books are Jurassic Park, the entire Lord of the Rings series, Minecraft, the island, the Gameknight 999 series (all 18 of them!), Wings of fire, the Golden compass series, and the second book of the Earthsea series. He also likes elephants and strongly objects to any poaching.

When you write on the blackboard, you use much larger movements than when you write in a notebook. Yet, the large letters written on the blackboard will appear very similar to the small letters written in the notebook. How does your brain generate these different writing movements? Does it use a single set of commands for both the notebook and blackboard—or multiple commands? In this article, we will present an experiment in which we measured brain activations of people while they were writing letters of different sizes and discuss what we can learn from this experiment about the brain commands that generate these movements.

Humans have a remarkable range of movements. We walk, dance, write, type, speak, and play different sports, without thinking too much about how we move. We can also perform the same actions using large or small movements, such as when taking a small or a large step, and using slow or fast movements, such as when typing a text message when you are in a hurry. But how does the brain control these diverse movements?

Relating Between Movements and Brain Activity

Even a simple movement, such as waving goodbye, involves a chain of reactions that travels through multiple parts of the body. These include the brain, muscles, bones, and joints (which are the areas where two bones meet). To generate a movement, the brain sends signals to the muscles through nerves in the nervous system. Muscles contract and work together with the joints to move the bones. Finally, the movement of the bones causes a change in the body’s position. Figure 1 shows a movement of the forearm, together with four different kinds of measurements we use to study movement: (1) the activity of cells in the brain, (2) the activity of the muscles of the upper arm that cause the forearm to move, (3) the angle at the elbow joint that connects the bones of the upper arm and forearm, and (4) the position of the tip of the hand during the movement. Examining each of these measures and how they change during movement can help us understand how the brain controls our actions.

What Can Writing Movements Tell Us About How the Brain Controls Movements?

An interesting example that may give us a clue on how the brain generates diverse movements comes from studying handwriting. Scientists have noticed that writing in a notebook and writing on the blackboard does not change the shape of the letters, although the movements we use to write on the blackboard are much bigger. By measuring how the position of the hand changes during movement, they showed that the letters’ shapes remain almost identical, regardless of the letter size (Figure 2). Additionally, the arm speeds up and slows down in a very similar way during the writing movements [1, 2]. These similarities were observed not only in writing movements of different sizes but also when writing using different body parts, such as when holding a pen using the foot, or even the mouth! [1, 3].

One explanation for these examples is that one mechanism in the brain is responsible for the shape of the movement, while a different mechanism is responsible for the overall movement size. In other words, whether you write a small letter or a large letter, the brain commands that determine the shape of the letter will be similar, while the brain commands that determine the size of the letter will be different (Figure 3). But how can we examine the underlying brain activity?

What Happens in the Brain During Writing Movements?

To examine the idea that the brain uses a similar command to determine the shape of the movement regardless of the letter size, we conducted an experiment in which we measured brain activity of participants while they were writing letters of different sizes [4]. The participants were asked to write three different letters—“a,” “s,” and “n”—in two different sizes. While the participants were writing the letters we scanned their brain in a magnetic resonance imaging (MRI) scanner (see Figure 4A). The MRI scanner measures brain activity using an electromagnetic field and radio waves and gives us a measure of the activity in different regions of the brain.

We found that two regions in the brain showed similar activations during writing movements of different sizes. One region, called the anterior intraparietal sulcus, is known to be involved in movement planning and in the coordination between the eyes and hands, like when you reach to grab a glass of water. The second region is the primary motor cortex, which is thought to be one of the final “stations” that sends movement commands to the muscles (Figure 4B). The fact that these brain areas showed a similar activation when a small “a” and a large “a” were written, for example, tells us that these brain areas send similar movement commands to the body when a person writes similar shapes with different sizes. What about the size of the movement? The commands that set the size of the movement may arrive from a different region in the brain. However, we still don’t know what this region is and how exactly the brain signals the size of the movement.

These findings help us understand how the brain generates the body’s entire range of movements. For example, by using separate commands for generating the shape of a movement and its size, we do not need to re-learn to write the letter “a” when we approach the blackboard. Although it is only a small piece of the puzzle, we can try to use these findings when performing different movements. What happens if you practice your writing using your entire arm, or by moving your whole body? Can you improve in performing a dance move if you practice using only small movements of your body? We definitely need more experiments to answer these questions, but we encourage you to try and find out for yourselves!

MRI: ↑ A magnetic resonance imaging (MRI) scanner looks like a small tunnel that a person lies in. The scanner uses electromagnetic fields and radio waves to take pictures of the brain. This is a non-invasive device, which means that it allows us to look inside the brain without going inside, just like X-rays can give us a picture of bones. The method we use to scan the brain to detect brain activity is called fMRI—functional magnetic resonance imaging. This method allows us to detect blood flow to active areas in the brain. For example, when we watch movies, areas in the brain that are involved in vision will be active and blood flow will increase to these areas. The MRI scanner will give us a measure of the blood flow, and we can use it to construct a map of the activity in the brain.

Anterior Intraparietal Sulcus: ↑ A brain region located in the parietal lobe that is involved in planning movements and in eye-hand coordination.

Primary Motor Cortex: ↑ A brain region located in the frontal lobe that is involved in sending movement commands to the muscles. 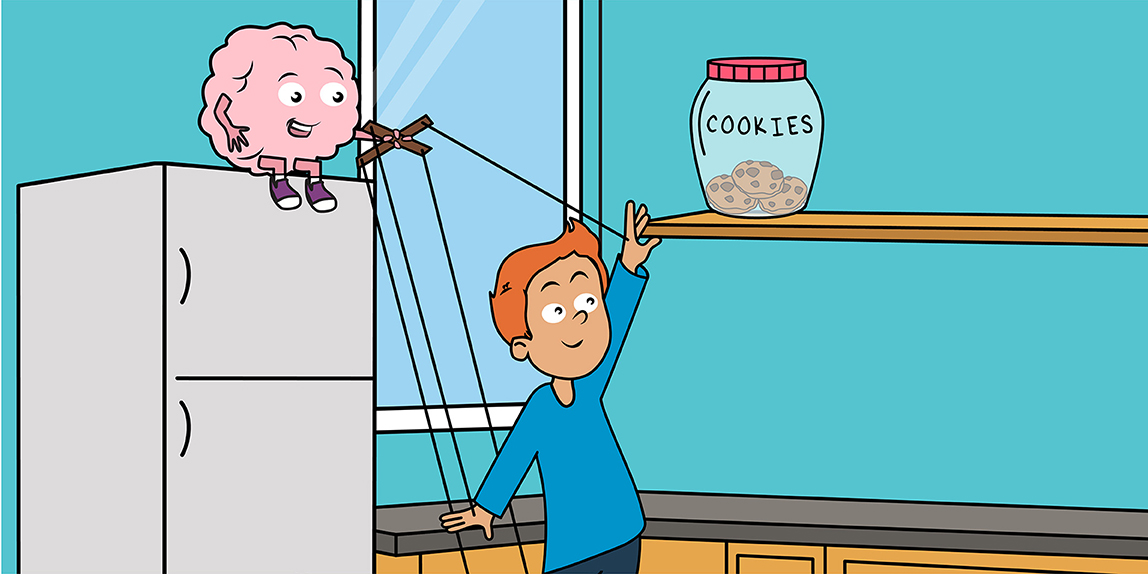 Neuroscience of Sense of Agency

One important reason for living organisms to have a brain is to produce movement. Movements can be voluntary (those... 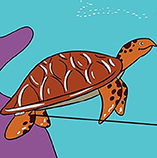 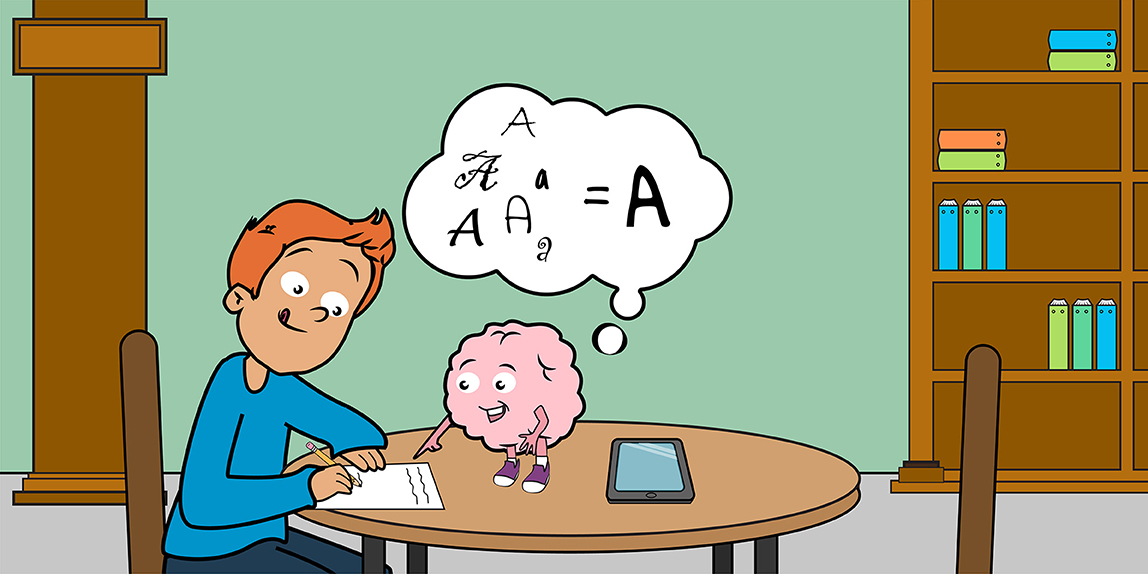 As laptops and tablets become more popular, handwriting is slowly fading away. While new technology has many benefits... 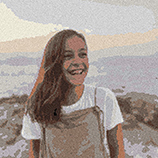 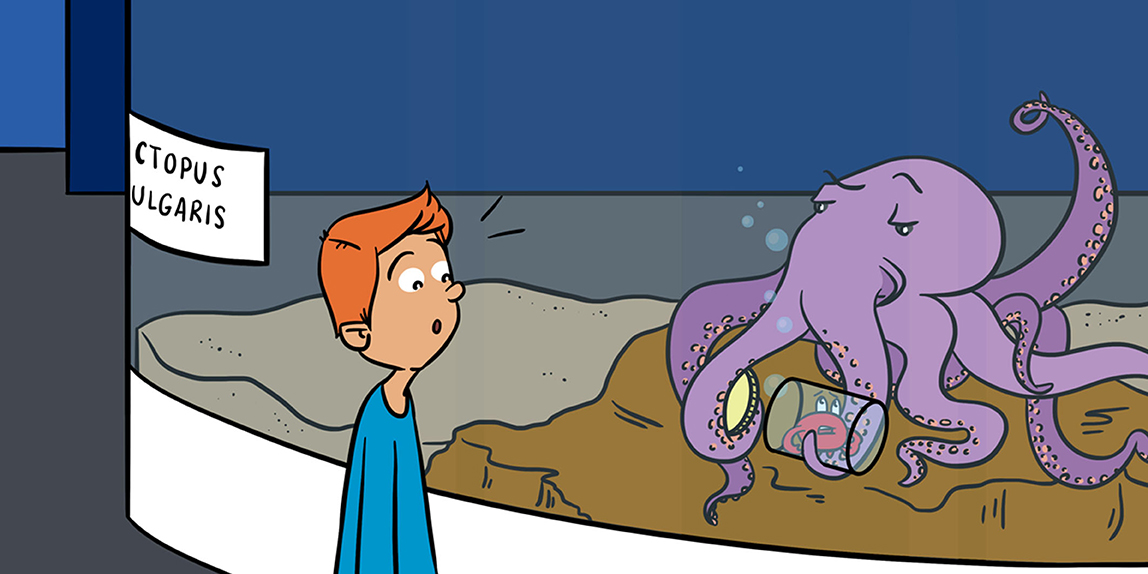 How Does the Octopus Efficiently Control Its...

The eight flexible arms of an octopus’s body allow it to perform a wide range of actions. Octopi use their arms to... 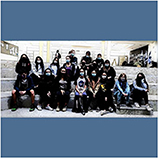