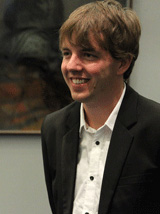 Lives in The Netherlands. He studies how our brain allows us to use one or more languages and hand gestures to communicate. He likes running, cycling, sunshine, blueberries, and reading novels. 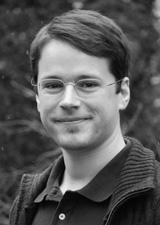 As a cognitive neuroscientist, I study the human brain and all the fun things we can do with it. I am particularly interested in how we learn and how we can improve our memory. In addition, I like to explore what happens in our brain when we sleep and dream. 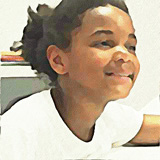 I am crazy. I love chicken, gymnastics, soccer, and swimming. I like to talk with a British accent. 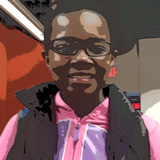 I love watching TV (Glee). I play basketball and soccer. Later, I like to be a professional videogame player. I like to cook. I am interested in sports medicine. I like to play drums and saxophone. I like to sing in front of a mirror. 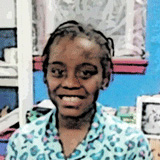 I like cardiology. I like rock music, sci-fi movies, Game of Thrones, and to read adult books. I want to learn guitar.

Did one of your parents, siblings, or friends ever tell you that you were talking in your sleep? Nothing to be ashamed of! A recent study found that more than half of all people have had the experience of speaking out loud while being asleep [1]. This might even be underestimated, because often people do not notice that they are sleep talking, unless somebody wakes them up or tells them the next day. Most neuroscientists, linguists, and psychologists studying language are interested in our language production and language comprehension skills during the day. In this study, we will explore what is known about the production of overt speech during the night. We suggest that the study of sleep talking may be just as interesting and informative as the study of wakeful speech.

What is Sleep Talking?

Sleep talking (or somniloquy) can be considered as a part of a larger family of types of “sleep utterances,” such as mumbling, laughing, groaning, and whistling during sleep. The ancient Greek philosopher Heraclitus of Ephesus already observed someone sleep talking about 2,500 years ago, so it is not a very recent discovery. It happens at all ages (provided that one is capable of speaking!) and may occur during all parts of the night. Sleep talking is said to be more common in children than in adults. However, it might also be the case that sleeping kids are simply more often overheard (for instance, by their parents) than adults. Sometimes, sleep talking is placed among involuntary behaviors that may happen during sleep (called “parasomnias”), such as sleepwalking, teeth grinding, and even types of sleep behavior disorders in which patients may injure themselves or their bed partner when involuntarily making dangerous movements during sleep. However, sleep talking is often very innocent and generally does not require any treatment. An exception is the sleep talking that may start to occur after a traumatic experience, as in the case of soldiers who fought in a war.

When Do We Sleep Talk?

Human sleep consists of different stages (see the article Why sleep? by Manoach and Stickgold for a nice overview) which can be distinguished by inspecting the recordings of electrical activity from sensors placed on someone’s scalp, a method called electroencephalography (EEG; see Figure 1). While dreams can occur during all sleep stages, we are dreaming most vividly in a sleep stage known as “REM sleep” because of the occurrence of Rapid Eye Movements. During REM sleep, all body muscles (with the exception of the eye muscles, obviously) are paralyzed by neural structures in the brain stem, which prevent us from acting out our dreams. Accordingly, complex movements like sleepwalking normally occur only during non-REM sleep stages. In such cases, a small part of the brain appears to be awake while the rest of the brain is asleep [2]. This seems to be true for sleep talking as well: producing speech requires the planning and execution of rapid sequences of muscle movements, hence it will most likely occur in non-paralyzed, non-REM sleep stages [3]. This suggests that the speech we say out loud while sleeping (“sleep talk”) is not necessarily just the overt counterpart of the things we may silently say in our dreams or nightmares (“dream speech”). However, overt sleep talking during REM sleep has also been reported – which might happen when the brain stem briefly fails to paralyze the body muscles [4]. Anyway, the existence of sleep talking and of dreams shows that our brain is not completely “switched off” during sleep.

What Do People Say during Sleep?

The popular view, as encountered in pop songs and novels, is that people sometimes betray their innermost secrets during sleep because they have no control over what they say. A nice example is the song Nightmares by Josh Ritter. Research has shown that the disclosure of personal secrets during sleep is very rare and uncommon [5], although it is not unusual to allude in sleep talk to things and people encountered during the day. Sleep talking may reflect someone’s feelings, but not necessarily any “secret” feelings. Let’s have a look at what people actually say while sleep talking and compare this to the wakeful speech we produce during the day. Here are some examples of sleep talk, taken from a large database [5]:

Example B: “Peacock tree?! There’s a tree full of peacocks and swallows and other colorations, aabsolutely, aaaabsolutely g-o-o-or-geous – get my camera, Larry, and don’t forget to turn the film or I’ll have fits when it gets back – come on! God! – you should see it.” [This was uttered with an air of brisk alert enthusiasm.]

At first sight, these utterances do not look that different from the things we say during the day. And indeed, in linguistic terms, the similarities between sleep talk and wakeful speech are striking. Utterances can be very simple and short such as in Example A, which is not very different from a short backchannel response in an everyday conversation. Example B, on the other hand, shows how complex sleep talk can be. It includes different types of speech act including a question, a description of a visual scene, and an imperative (“get my camera”) directed at a specific addressee (“Larry”), with varying intonation patterns. Such speech production abilities during the night, as reflected in the above examples, suggest that brain networks involved in speech production may become activated while a person is asleep. Based on research of awake participants, we know that these networks reside for the greater part in the frontal and temporal lobes of the brain, mainly in the left hemisphere.

Like everyday colloquial speech, sleep talk may contain speech errors. Example C shows a putative speech error that is immediately corrected by the sleeping speaker. Problems in word finding and in the correct encoding of sounds that make up a word seem a bit more common in sleep talk than in everyday speech. Sometimes, they even resemble the word finding difficulties of people suffering from specific types of aphasia, a language disorder that is caused by dysfunction of (parts of) the brain. Another characteristic of some instances of sleep talk is the apparent lack of thematic coherence of subsequent utterances. One possibility is that such utterances are related to dream content, in which thematically different and apparently unrelated scenes may rapidly follow one another. In contrast with such decreased abilities during sleep, there are some anecdotal reports of people being more creative or eloquent in sleep talk than in wakeful speech, for instance when speaking a second language. Another important difference between sleep talk and everyday speech is that people often do not remember the next day that they have overtly produced speech in their sleep, let alone what they have said while sleeping.

In contrast to word finding problems and incidental lack of coherence, the grammatical structure of sleep-talk sentences is often perfectly correct. Apparently, our brains are capable of producing grammatically correct sentences while we are asleep. This suggests that building the grammatical structure of a sentence in speech production (including wakeful speech) is a largely automatic process, which may take place without the need for a speaker to pay to much attention to it. In turn, this allows the speaker to focus more on the content of the message [6]. This is one example of how the study of sleep talk can have implications for our understanding of wakeful speech production as well. Box 1 summarizes some fun facts about sleep talking.

In summary, there are many striking similarities between wakeful speech and sleep talk, but also some differences. Surprisingly, the study of sleep talking has not received much attention from scientists over the last 30 years. Many questions remain unanswered, and there is still a lot that needs to be discovered. Particularly, a good neurobiological account of the differences between sleep talk and wakeful speech in terms of the activation levels of brain networks involved in speech production is still lacking. Sleep talking may therefore be a great topic of study for a new generation of young minds.

Electroencephalography (EEG): ↑ A method that allows researchers and doctors to observe and analyze brain activity by placing small sensors (“electrodes”) on a person’s scalp.

Frontal lobe: ↑ The part of the brain located at the front of the head, behind the forehead.

Hemisphere: ↑ The brain can be divided into a left part and a right part, which are separated by a large fissure. The two parts, which are connected, are called the left hemisphere and the right hemisphere.

Linguist: ↑ A person who studies language or different languages. Some linguists, for instance, describe languages that are only spoken by a small group of people. Others try to understand why a language changes over time. Unfortunately, not many linguists study sleep talking.

Neuroscientist: ↑ A person who studies the brain (and some other parts of the nervous system). Some neuroscientists, for instance, try to understand what happens in our brains when we are sleeping.

Temporal lobe: ↑ The part of the brain globally located above and behind the ears, in both hemispheres.