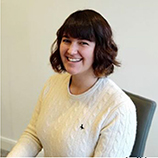 I am a Horizon2020 Marie-Skłowdowska Curie Actions-funded Early-Stage Researcher and Ph.D. candidate at Imperial College London, in the Neuroplasticity and Disease Group. My research utilizes 2-photon microscopy and in vivo graft models to study the activity and synaptic plasticity of the Down Syndrome brain. I have completed an MSc in Clinical Neuroscience (Distinction) from University College London and a BSc (Hons) in Biology from the University of Victoria. My past research experience includes work in five different laboratories, largely focused on cellular biology and neuroscience. These laboratories span three countries; Canada, the UK, and Japan. *e.brockman19@lms.mrc.ac.uk 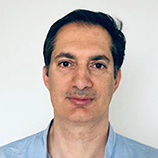 I received a Ph.D. in molecular and cellular neurobiology from the University of Basel, Switzerland, for work in the laboratory of Dr. Pico Caroni at the Friedrich Miescher Institut. I was then awarded an EMBO post-doctoral fellowship to train with Dr. Karel Svoboda at Cold Spring Harbor Laboratory, USA. I am honorary Group Leader at the MRC London Institute of Medical Sciences and a permanent member of the Medical Faculty of Imperial College. I recently joined the Neuroscience and behavioral Disorders Programme at Duke-NUS, Singapore. I study brain wiring and dysfunction with the aim of enhancing the brain regenerative potential.

I am in second grade. I like to draw and build little enclosures for toy animals using Legos. I enjoy different kinds of science. I like to explore things like different rocks, snails, worms and I really like to look at different birds. I like to learn about animal habitats. Space is my favorite subject because there is a huge galaxy that no one has discovered. When I am older, I want to be a scientist that explores space. I also like playing baseball and tennis. My favorite animal is a hamster because it is small and cute. 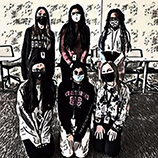 We are students from the Science Research and Engineering Program at Hathaway Brown School. We enjoy learning about the peer review process, learning how to communicate science to different audiences, and offering our suggestions. We are helped by our Science Mentor, Crystal Miller. 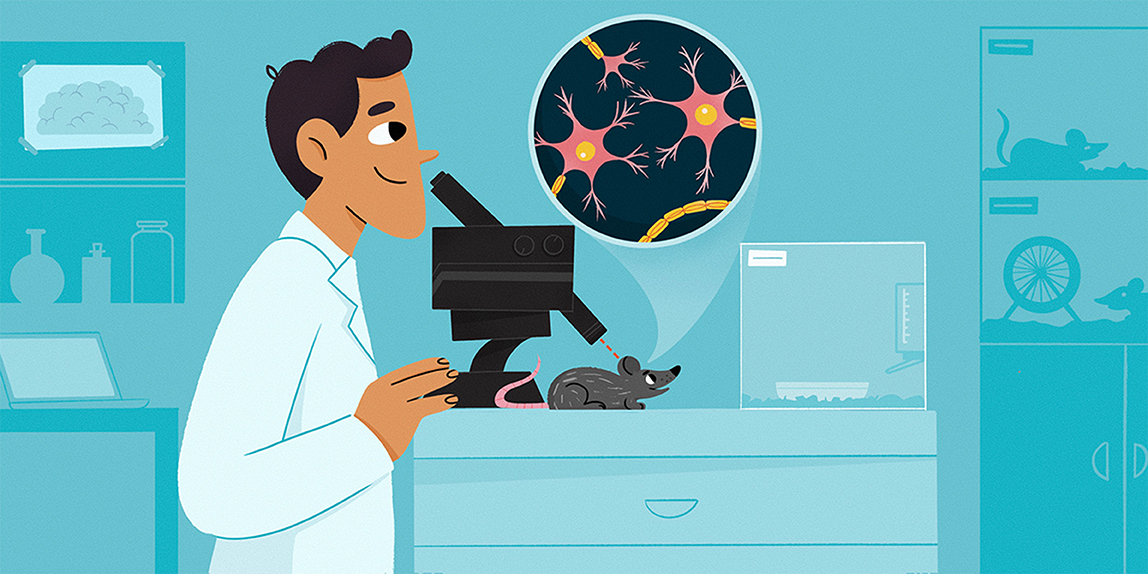 The human brain is a highly complex system comprised of billions of cells, called neurons, that are all interconnected. Normal brain function depends on effective communication between neurons, which requires signals to travel down a nerve cell and then over to the next cell it is connected to. Several diseases result from impairments in the communication between neurons, which is why it is important to study these signals in the living brain. Since the living human brain is difficult to study, scientists use simpler organisms like mice. To see mouse neurons, a piece of skull is replaced with a clear glass window. Powerful microscopes can then be used to capture snapshots of neurons deep inside live brains! Clever use of lasers to excite chemical “tags” inside the neurons makes them glow with fluorescent light. Join us as we explore the inner workings of neuron communication in the living brain.

Neurons in the Brain

Have you ever wondered how you are able to walk, talk, think, feel, and remember? Each of these functions (and many more) are controlled by your brain. The human brain is a complex system that allows the various parts of our bodies to communicate with one another. Working like a computer, the brain takes in information from your senses to understand your environment and allows you to respond in seconds or less!

Billions of cells called neurons make up the brain (Figure 1). Neurons communicate by passing electrical and chemical signals called neurotransmitters to each other. These signals move down the length of each neuron, starting at the branches called dendrites. From the dendrites, these signals move through the neuron until they reach the site of neurotransmitter release, known as the presynaptic terminal. Neurotransmitters leave the presynaptic terminals, cross a small gap and touch the dendrites of the next neuron. This process occurs in fractions of a second. Their movement is often compared to electricity moving through a wire. Your brain responds to what you see or feel the same way a light responds to you flicking on a light switch: a signal passes from the switch to the light bulb, causing it to light up. In a similar way, the pain signal from a bee sting passes from your finger to your brain (Figure 1), allowing you to know what has happened and where. But what if the wire going from the switch to the bulb is broken? The light will not turn on. The same can happen in the brain when there is injury or disease. Some injuries or diseases can create problems in the chain of communication within the brain. These damaged neurons may have difficulties sending messages or may send incorrect messages. This is why it is important for scientists studying the brain to see neurons in action. When scientists can monitor neurons communicating with one another and growing, it gives them a better understanding of many different diseases. Once we understand what prevents neurons from working properly, we can create ways to fix them, using treatments like medicines or surgery.

Peeking Into the Brain

Let us take a peek into the brain. To look at neurons, scientists use microscopes. It is easy to look at neurons in a laboratory dish using a microscope…but what if we want to look at active neurons inside a living brain? To do this, scientists combine a surgical technique called a craniotomy with a special microscope called a 2-photon microscope. Since these surgeries cannot be performed on people, mice are used. Mice are often used as example animals, known as models, to study injury and disease in the brain [1]. Scientists can compare a healthy mouse brain with the brain of a sick mouse to find the damaged areas and possible causes. These damaged areas can sometimes be comparable to those areas damaged in the brains of humans with the same disease. This means that, in general, scientists can figure out how to treat human diseases by trying out treatments on mice. If the mice get better, it is possible that humans will too!

To perform a craniotomy, the mouse must be anesthetized. This means that drugs are used to knock out the mouse so it does not feel pain during surgery—the same thing your doctor would do for you. Once the mouse is unconscious, its head is shaved and sterilized. The researcher removes the skin and skull from a small area of the head, which makes a tiny region of the mouse brain visible. This region is covered with a clear piece of glass that is sealed into place. The mouse now has a permanent window in its head, through which images of neurons can be taken using a 2-photon microscope (Figure 2). The mice recover quickly from the surgery and live comfortably—they do not seem to be aware of the window.

What Has 2-Photon Microscopy Taught Us About the Brain?

Imaging of brains with 2-photon microscopy has provided lots of new information about brain diseases. This is especially true when researchers use these microscopes to see how neurons are communicating. As an example, a paper published in 2018 used 2-photon microscopy to study communication between neurons in a mouse model of Fragile X Syndrome, which is a major cause of a developmental disorder called autism that is often found in children [4]. They figured out which types of neurons were creating vision problems. Their microscope images gave them the information they needed to start working on ways to treat vision problems in children with Fragile X Syndrome. Another example, from a paper published in 2017, used 2-photon microscopy to study how neurons communicate in a mouse model of Alzheimer’s disease, which affects older people [5]. The researchers discovered new information about how Alzheimer’s disease damages brain function. Examples like these show that the 2-photon microscope can be used to look at changes to the shape and growth of neurons, which can affect their ability to talk to each other. Scientists can also measure changes in the signals sent by these neurons. When a neuron sends a signal, that signal often changes calcium levels inside the cell, so if the microscope can measure calcium within cells, scientists can see signals moving from one cell to the next.

The discoveries in the papers described above are just a few examples of how 2-photon imaging could contribute to future treatments for brain diseases and injuries. These diseases and injuries affect people of all ages from around the world. They include Alzheimer’s disease, Fragile X Syndrome, Down syndrome, schizophrenia, strokes and many others. As scientists, our hope is to discover new information that will advance our knowledge so that we can help people in need. Using tools like 2-photon microscopy, scientists are making those discoveries all around the world.

This work was funded by the Grant: MSCA-ITN Syn2Psy Award No: WCMA P74139.

Neuron: ↑ The scientific name for a brain cell. Neurons pass signals to each other, allowing us to learn, think, and feel.

Neurotransmitter: ↑ A molecule that is passed from one neuron to another neuron, as a way of sending signals.

Dendrite: ↑ The branches of a neuron that receive information.

Presynaptic Terminal: ↑ The site of neurotransmitter release. Neurotransmitter molecules are released from these sites and are detected by the next neuron so that information can be passed on.

Craniotomy: ↑ A type of brain surgery performed on laboratory mice. A glass window is placed in the skull to allow scientists to take pictures of brain cells.

2-Photon Microscope: ↑ A type of microscope that allows scientists to see neurons deep inside a brain, without the cells above blocking their view.

Anesthetize: ↑ To use drugs to put an animal to sleep temporarily so the animal does not feel pain or discomfort during a surgery.