It Takes A Pack To Raise A Pup 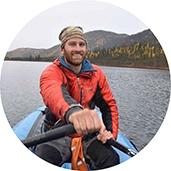 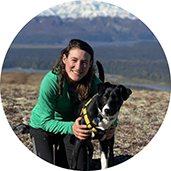 The 7th grade class of headwaters academy, with all of its eccentricities, is a humorous and adventuresome community. Located in Bozeman, Montana, our class is made up of great backgrounds of both sport and mind. Our community, built to create leaders and learners for a changing future, has allowed us to thrive and develop in our beautiful ecosystem, though it allows us to look upon the world in a different way: to know what should be and how to improve upon what is. 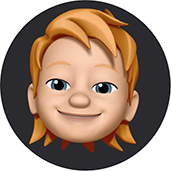 I love hiking and hunting with family, I also like climbing and bouldering.

Wolves are important to keep ecosystems healthy. For wolf populations to thrive, pups need to survive into adulthood. Wolf pups can be harmed, even killed, by wolves from outside their pack. To protect the pups, some wolves in the pack must stay at the den and guard the pups. But some of the adults must leave the den sometimes, to hunt for food and to keep other wolves out of the pack’s territory. By monitoring and studying wolves for many years across North America and in Alaska’s national parks, we are learning how wolves divide these tasks. We know that the mother wolves care for their pups for the first several weeks while nursing, but once the pups no longer need milk, all pack members share in taking care of the pups. We have come to understand that all wolves are important to the success of the pack.

Living In A Pack Is How Wolves Survive

Wolves are considered keystone species because they have a large effect on many other species—both plants and animals—within the ecosystem. Wolves help regulate the numbers of their prey, such as deer, caribou, and moose, which helps prevent these prey animals from overgrazing the plants they need to survive.

Wolves are very social animals. They live and hunt together in groups called packs. A pack is usually made up of an adult male and female wolf, their offspring of various ages, and sometimes unrelated wolves, too. Pack sizes often range from 3 to 20 wolves. There are two pack leaders, one female and one male, and they are generally the only wolves in the pack that breed and produce pups. Litter sizes are often between two and six wolves. The breeding pair are not the only ones that care for the pups. In fact, all the wolves in the pack help [1]. This is important because it takes a lot of energy to feed and care for pups.

As wolf pups grow, they eat different kinds of foods. Pups are born in the spring (April to May) and during the first 7 weeks of their lives, pups nurse from the mother (Figure 1). During that time, the mother wolf spends a lot of time feeding and caring for the pups [1]. The pups are weaned around 7 weeks of age, which means the mother wolf no longer provides milk. Instead, the pups are fed meat, which is brought to them by pack members because the pups are too small to hunt for themselves.

Pack members spend a lot of time protecting and caring for the pups, too. Wolf pups can be harmed and even killed by wolves from other packs. So, it is important that a pack member stays near the den with the pups. This also gives the pack members an opportunity to interact and play with the pups, which is important for the pups’ development (Figure 2). By spending time with pack members, the pups learn how to socialize with other wolves and, as they get older, they learn other important lessons, like how to hunt.

Wolves have been studied across North America since 1950’s, including in national parks across the United States, such as Yukon-Charley Rivers National Preserve and Denali National Park and Preserve in Alaska, in Yellowstone National Park in Wyoming, and in Isle Royale National Park in Michigan. In Alaska’s national parks, wolves are monitored to assess the health of the park’s ecosystem. These studies count how many wolves there are and where they go. With this information, biologists can identify important areas used by wolves, like dens, and understand what kinds of food wolves need to be healthy. The studies also reveal how much time various pack members spend guarding the pups. Biologists can do this by following the movements of wolves with GPS collars. The collars record the location of each wolf over time. From this information, biologists can see how long each wolf is at the den with the pups and how long it is away.

Mom Does A Lot, But Everyone Helps

To grow up and become healthy and strong pack members, pups need food, and they need to be cared for. Pack members must leave the den to hunt food for the pups and themselves. Often, they are gone for a few days. Wolves take turns hunting and guarding the pups. While some wolves are hunting, other pack members stay at the den and take care of the pups. That way, all the wolves get enough food, and the pups are kept safe.

From several other study areas, including Yellowstone National Park, biologists learned that the mother wolf spends the most time guarding and caring for the pups during the first several weeks [3, 4]. On average, the mother wolf spends two-thirds of her time with the pups—about 16 h a day (Figure 3) [3, 4]. Once the pups no longer need milk, all pack members share more equally in the duties of guarding the pups. Most pack members spend about one quarter of their time with the pups, or on average about 6 h per day (Figure 3) [3, 4]. They spend the remaining time either hunting or patrolling the pack territory.

Why Is Spending Time With Pups Important?

The health and survival of wolf pups depends on pack members working together to help feed, protect, and care for pups. It takes a lot of energy to raise pups and one wolf could not do it all. When the responsibility of gathering food and patrolling the territory is shared among pack members, this allows adult wolves to spend more time bonding with the young pups and teaching them how to socialize and become helpful pack members. Strong packs help maintain a healthy wolf population which, in turn, helps maintain healthy populations of other species across the ecosystem. Ultimately, when all pack members help to raise the pups, they are also helping to protect the ecosystem and parks where the wolves live.

Keystone Species: ↑ A species on which other species in an ecosystem largely depend, such that if it were removed the ecosystem would change drastically.

Ecosystem: ↑ A biological community of interacting organisms and their physical environment.

Weaned: ↑ The period when wolf pups are transitioned from mothers’ milk to semi-solid foods.

Den: ↑ The location, often a hole in the ground that wolves dig, where wolf pups are birthed and raised for the first couple months of their lives.

GPS Collars: ↑ Collars placed on animals that have GPS tracking so biologist know where animals are.