Plants: The Master Chemists of Our Planet 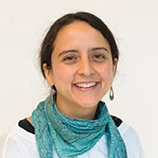 My passion for plants and their chemistry started when I was a Biology student in Colombia. After I finished my undergraduate studies, I decided to focus my scientific career on understanding how plants regulate the production of primary and specialized metabolites. I have taken part in scientific projects that have triggered my interest not only in understanding plant metabolism and physiology, but also on how we can increase their productivity and uses. I am convinced that there is a lot more we can learn from plants, and I have a lot of fun working with them. I currently work at Keygene, an Agro-Biotech company based in The Netherlands. *natacarre@gmail.com 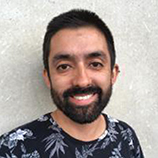 I am fascinated by plants and their ability to produce so many chemical compounds. To better understand how and why plants have become master chemists, I study plants’ genes using molecular biology, and their chemical compounds using metabolomics. I have studied the biosynthesis of bitter compounds called steroidal alkaloids in potato and tomato plants, and now I study soap-like plant-defense compounds called saponins. The more we understand about how and why plants make chemical compounds, the easier it will be to develop useful products for a more sustainable society. *pdcardenas@plen.ku.dk 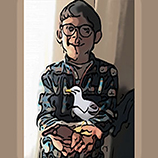 My name is Umberto and I like to study science, play with the Nintendo Switch with my friends. I love going to the beach to play with sand, adventures, and drawing cartoons. In the future I would like to become a physicist. 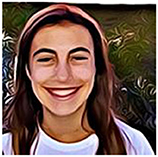 Hi, my name is Gwen, I live in the U.S. and play piano and volleyball. I just finished seventh grade, and my favorite subjects are science, math, art, and Spanish. I love to read, particularly Sci-Fi novels and series (I am also a huge fan of Harry Potter). I am very excited to be working with Frontiers for Young Minds! 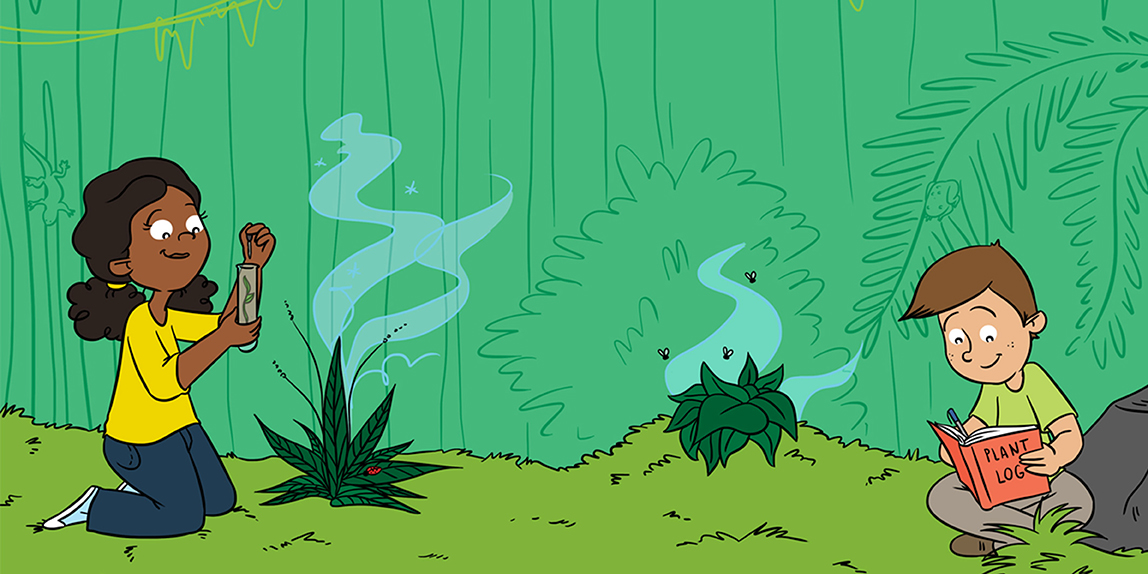 Imagine your legs were buried in the ground and you were not able to move or to talk. What would you do to eat, grow, and defend yourself? This situation is more common than you think: It is part of the daily life of plants. Plants have developed many strategies not only to survive, but also to interact with other plants, animals, and microorganisms around them. Some of these strategies involve using chemical compounds that work as messages from the plant to its surroundings. Scientists have developed creative methods to estimate what and how much of a chemical is inside a plant. If we can identify the great diversity of plant compounds, in the future we might be able to better understand how plants grow and interact with their environments. Also, we may be able to use those compounds to make medicines and to produce healthier, tastier vegetables.

Plants Produce Chemicals to Grow and Interact With Their Surroundings

Plants are sessile, which means they cannot move and are permanently restricted to the spot where they germinate. As plants grow, they must cope with an environment that changes all the time (sometimes too dry, some others too wet). Think of the changes in seasons, or the different weather conditions throughout the day and night. As if that is not enough, plants also need to have strategies to interact with their neighbors, to attract animals that help them move their seeds or pollen from one place to another, and to defend themselves from animals that want to eat them. One of the strategies that plants use to do all of that is to produce a great number of chemicals, known as metabolites. Plant metabolites are small chemical compounds that help plants grow and interact with other organisms.

Have you ever wondered how a plant can defend itself? Plants and herbivore (plant-eating) insects have lived together for millions of years, and during this long time, plants have developed toxic defense compounds. For example, when an insect starts eating the leaves of a cabbage, the plant increases the amounts of toxic specialized metabolites called glucosinolates, which are then converted into even more toxic compounds [2]. These compounds make the cabbage’s leaves taste very unpleasant, discouraging the insects from eating them (Figure 1A). Glucosinolates are very familiar to us, as they give broccoli and radishes their characteristic flavors. At the same time, insects have created ways to tolerate those toxic compounds, allowing them to keep eating those “poisonous” plants. This continuous battle between plants and insects has resulted in the evolution of new specialized metabolites.

In other cases, plants need to attract animals to pollinate their flowers so that they can produce seeds to secure their reproduction (Figure 1A). Pollinators are not only essential for plant reproduction, but they are also important for humans, as 75% of the world’s food crops depend on pollinators for successful production [3]. One of the strategies plants use to attract pollinators is to produce a sugary liquid called nectar. Bees and other insects visit plants to drink the nectar and while doing so, pollen attaches to their bodies. When the same insect visits other flowers, the pollen from the previous plants is released in the new flower, securing future seed production. In this way, plants use the visiting insects for their own benefit. Interesting fact: scientists have found that nectar does not only contain sugar, but also small amounts of caffeine [4]. In high amounts, caffeine is bitter, and it works as a plant defense compound. However, in low amounts, it acts as a memory enhancer, stimulating insects to remember to come back for more nectar and further ensuring the plant’s pollination process.

Humans (And Other Animals) Use Chemicals Produced by Plants

Humans and other animals have learned to use chemicals produced by plants for their own benefit. Since ancient times, people have used plant metabolites as medicines, natural dyes, and ingredients in food and cosmetics, amongst many other uses (Figure 1B).

One of the oldest plant extracts is opium, a mix of chemical compounds extracted from the plant Papaver somniferum, commonly known as the poppy, which was used as an antidote against snake and spider bites and scorpion stings. Today, morphine, one of the many chemicals found in opium, is prescribed to alleviate pain. Saponins are another well-known example of plant compounds used by humans. Saponins are present in a variety of different plants and trees, where they work as nasty compounds that keep insects away from eating plants’ leaves (Figure 1A) [5]. Also, indigenous people from around the world have commonly use saponin-rich plant extracts as natural soap.

Plant metabolites can also influence the behavior of other animals. Catnip (Nepeta cataria) produces a compound known as nepetalactone. When cats sniff this plant, they become very playful and relaxed (Figure 1C). Nepetalactone is commonly associated with plant defense; however scientists do not yet fully understand its role. Future research on how plants make nepetalactone could help scientists develop new medicines with sedative and relaxant properties, or new bio-insecticides for agriculture.

We are still far from identifying all plant metabolites and even further from understanding how plants produce them. However, in the last decades, technological developments have allowed scientists to discover more plant metabolites. In the next section, we will explore how scientists isolate and identify these substances.

How Do Scientists Identify and Study Plant Chemicals?

Since specialized metabolites are so important for plants and quite useful for us, scientists have developed several ways to measure them. Humans have extracted specialized metabolites from plants for a very long time. Brewing coffee is one example of extraction. The concept is simple: plant material, for example ground coffee beans, is mixed with a liquid called a solvent (hot water, in the case of coffee) to allow the extraction of metabolites. After some time, the solvent takes up the flavor and color of the metabolites contained in the coffee beans. The mixture is then filtered and the solid plant materials are discarded, while the liquid solvent contains an extract of plant metabolites.

Scientists have applied this same principle to extract and study many plant metabolites. To identify specific metabolites, scientists must consider their chemical and physical properties, such as whether the metabolites can dissolve in water or whether a different solvent is needed. Obtaining the filtered extract is the last step of the extraction process (Figure 2A). The next steps are the separation and identification of the chemical compounds present in the extract.

Some plant metabolites can be easily identified using chromatography alone. However, plant metabolites can be extremely complex. This complexity makes their identification difficult, and other methods are sometimes required to identify them. Mass spectrometry is a technique that breaks metabolites down further and then separates the different parts (called ions) to detect how many of them are present in a chemical compound (Figure 2C). A mass spectrometer is usually composed of three main chambers. In the first chamber, the metabolite is disintegrated into its essential parts, called ions. The ions race through the second chamber, called the mass analyzer, to reach the third chamber, called the detector. The mass of each ion and the time taken to travel through the mass analyzer is recorded by the detector, providing extremely specific information about the ion’s identity. Chromatography and mass spectrometry can be combined in a single, powerful machine to detect very small amounts of specialized metabolites.

We have shown you just a few examples of the great diversity and uses of plant metabolites and explained how scientists isolate and identify them. Many plant metabolites have already been discovered and, in addition to being important to the plants that make them, some of the compounds are also useful to humans1. There are still plenty more plant metabolites to be discovered and explored, and every year scientists discover new ones. Understanding plant chemicals is not only exciting, but it also helps us to develop new medicines and agricultural resources. Although the functions of many plant metabolites are still not understood, these compounds represent a huge reservoir of potential applications. This great diversity of chemical compounds makes plants the master chemists of our planet.

Metabolite: ↑ Small chemical compound that helps plants grow and interact with other organisms.

Glucosinolates: ↑ Specialized metabolites with pungent taste, present in plants, such as broccoli, radish, and mustard.

Saponins: ↑ Specialized metabolites traditionally used as natural detergents. The name comes from the Latin word “sapo” which means soap. A very important saponin mix, called QS-21, comes from the Chilean tree Quillaja saponaria, and it is used as an ingredient in formulation of vaccines.

Nepetalactone: ↑ Specialized metabolite found in the catnip plant, Nepeta spp. that attracts and alters the behavior of cats making them relaxed and playful.

Extraction: ↑ The process by which plant metabolites are separated and isolated from any other compounds present in plant material.

Chromatography: ↑ A separation technique commonly used to separate a mix of compounds.

Mass Spectrometry: ↑ A technique to measure the mass and charge of ions from molecules present in a solution.

NC-Q is employed by Keygene N.V.

PC's work was supported by the European Union’s Horizon 2020 research and innovation program under the Marie Sklodowska-Curie grant agreement No. 752437. We thank Matias Aravena-Calvo for his help with the illustrations, and Javiera Aravena-Calvo and Marina Arias for their comments and suggestions.

1. ↑ If plant metabolites interest you, check out taxol, artemisinin, and betalains.

[3] ↑ FAO. 2018. Why Bees Matter: The Importance of Bees and Other Pollinators for Food and Agriculture. Available online at: http://www.fao.org/publications/card/en/c/I9527EN/