How Is Magnetic Resonance Imaging Used to Learn About the Brain?

I am a Research Scientist at Princeton University. I study how the brain develops in children. As children get older, they are exposed to new challenges, such as reading and learning how to swim. I am interested in studying how the brain changes as children meet new cognitive challenges as they grow up. Outside of the lab, I enjoy dancing, drawing, and playing with my dog. *phoyos@princeton.edu 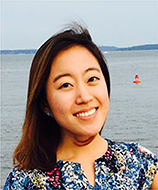 I am a Cognitive Neuroscientist at Princeton University. I study how we pay attention to specific things—how do our brains help us find a friend in a crowd, play jigsaw puzzles, and notice interesting things from the world? I am particularly interested in how such capabilities change as children grow. Outside the lab, I enjoy playing tennis, running, and traveling to new places. 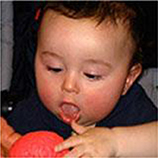 I am a Scientist and Professor at Princeton University who studies how people use their brains to pay attention to specific activities (e.g., how can it be that you do not hear your parents calling for dinner when you are playing a video game or reading a book?). I also enjoy spending time with my two kids and love the Beatles. 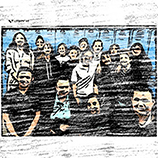 This article was reviewed by Megan Tillman's eighth grade students alongside their mentors, Hector Arciniega and Carissa Romero. The class found real value in understanding how scientist use magnetic resonance imaging (MRI) to study the brain. The students enjoyed being scientists during the peer review process and cannot wait to see the article published. 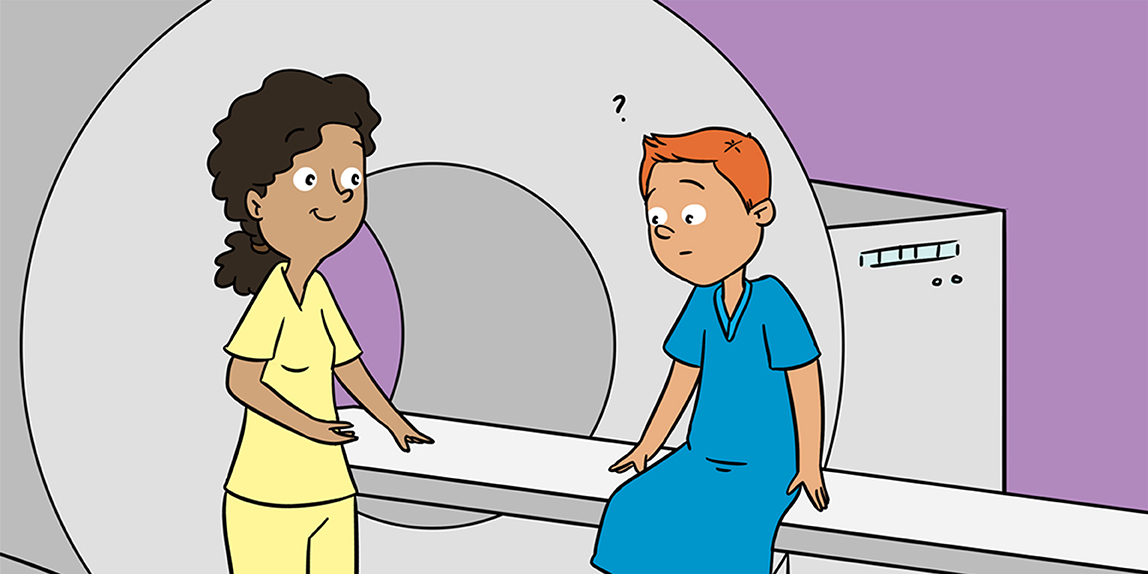 Exploring the Brain's Structure and Functions Using an MRI Scanner

Imagine you are building a robot. When doing so, you will think about what you want the robot to look like and how you can build it so it will function well. In other words, you need to think about the structure of the robot (for example, its height, width, and weight) as well as the function of its parts (what do you want your robot to do?).

Similarly, brain scientists study the structure of the brain by taking pictures of the brain. As you can see in Figure 1, an MRI scanner's picture allows easy identification of the mouth, tongue, and nose. It also allows brain scientists to identify parts of the brain, such as the brainstem, cerebral cortex, cerebellum, and much more. Since the brain is 3-dimensional, a single picture is not enough to capture it. Instead, the MRI scanner uses a strong magnet to take a series of pictures that virtually cut the brain into multiple slices that can then be combined into a 3D image.

How much detail can MRI data have? Think about a picture taken by a camera. If you look really, really closely at a picture, you will see small squares called pixels. As you can see in Figure 2, a picture with more pixels looks clearer and has more details. However, the MRI scanner cannot use 2D pixels to create a picture of the 3D brain. Instead, the MRI scanner uses a 3D version of a pixel called a voxel. A voxel is like a tiny cube with edges of 1–3 mm. The MRI scanner takes images of each brain slice with many voxels per image, making for a final, very high-resolution 3D image of the brain.

Keep in mind that the clarity of an image also depends on whether you are taking a picture of something that is moving or something that is still. For example, if you take a picture of a running squirrel, it will be blurry no matter how many pixels the picture has. If the squirrel stays still and you take a picture with enough pixels, you can get a clear picture of the squirrel. Similarly, although the MRI scanner can take high-quality pictures, it is important for the participant to stay as still as possible while the MRI creates pictures of the brain.

Scientists can learn a lot about the size and shape of different parts of the brain from these high-resolution 3D images. For example, they can study how the shapes and sizes of various brain parts change as a person gets older. Doctors can also use MRI scanners in hospitals and clinics, to get clear images of a patient's brain or other body parts.

Now, back to building a robot. Once you have decided on its structure, you then have to test the function of the robot. In the same way, scientists often want to study how different parts of the brain work together, by measuring the activity in a person's brain. Next, we will discuss how an MRI scanner can also be used to study the brain's function in a safe and reliable way.

What Happens When a Part of the Brain Becomes Active?

We know that different parts of our brains become more active when we do different things. For example, the area in the back of the brain, called the occipital lobe (see Figure 3), is specialized for seeing, and this area becomes more active when seeing things that are very important or meaningful to us, such as other people's faces. Scientists discovered this by using an MRI scanner to compare brain activity when a volunteer sees a picture of a friend vs. a blank screen. Areas in the occipital lobe show greater activity when the volunteer sees a picture of a friend, because it is more meaningful than a blank screen (see the article “A Face Scavenger Hunt: Why We See Faces in Objects without Faces” [1]).

As seen in Figure 3, when a part of the brain is active, there is a hemodynamic response. A hemodynamic response happens when the blood vessels in the active areas of the brain become wider [2]. This widening allows more oxygenated hemoglobin to flow into the active part of the brain to supply it with oxygen. Just like a wider straw allows you to drink more juice at a time, a wider brain blood vessel allows more oxygenated hemoglobin to enter an active brain area.

What is it Like to be a Volunteer in an MRI Brain Study?

When you volunteer for an MRI experiment, there are several important things to remember. First, the MRI scanner has a very strong magnet. Magnets attract many metals, so you cannot bring any metallic objects close to the MRI scanner. Any metallic objects that you wear will be attracted by the strong magnetic field and will fly into the MRI scanner. Because of this, scientists will use metal detectors to make sure that the participant has no metal on them before they go into the MRI room. So, if a participant has braces, they will only be able to participate once the braces are removed.

Next, you will lie down and wear a helmet with a mirror on top, which looks very similar to Darth Vader's helmet from Star Wars. The helmet is a coil that acts like an antenna by sending the signal from your brain to the MRI scanner. Without the coil, the MRI cannot generate an image. Through the mirror, you can see a screen mounted at the back of the MRI scanner. The scientist may use the screen to show you pictures or videos, depending on what the scientist wants to test.

The second thing to remember is that you need to stay as still as possible. If you move your head, the MRI images will be blurry. Head motion also makes it very difficult for the scientist to accurately identify the location of brain activity. Last, while you will not feel anything during the scan, you will hear the noises the MRI scanner makes. It will make noises that may make you think you really are Darth Vader on a journey through the galaxy. Some noises will also sound like a car honk or a phone ringing. Because the noises are loud, the scientist will make sure to protect your hearing with earplugs and cushions before you put on the helmet.

In conclusion, MRI is a safe method that can help scientists learn a lot about the brain's structure, function, and how the two are linked. Scientists have used MRI to answer many different questions. For example, the MRI scanner has been used to understand how exercise can increase brain activity in certain areas of the brain (read more in “Get Off the Couch! Exercise Your Way to a Healthy Brain” [4]). Are you interested in what happens in the brain when you hear sarcasm? There is an MRI study for that (read more in “How Do We Understand Sarcasm?” [5]). There are even studies about how we are able to identify what we see around us (find more in “Knowing What We See” [6]). The MRI scanner has helped scientists understand the brain in many ways, but there is still a lot left to learn. As you read more about how the MRI scanner is used in studies of the brain, think about what kinds of questions you would like to answer using an MRI scanner or what kinds of MRI studies you would like to participate in!

MRI Scanner: ↑ An MRI (magnetic resonance imaging) scanner uses a strong magnet to take pictures of the brain and measure its activity in a safe and reliable way.

Neurons: ↑ Nerve cells in the brain that communicate with each other. Neurons in active parts of the brain require more oxygen to communicate.

Hemoglobin: ↑ A protein found in blood that transports oxygen to different parts of the body.

Hemodynamic Response: ↑ The expansion of blood vessels that allows more oxygen to flow into more active areas of the brain.

BOLD Signal: ↑ The BOLD (blood oxygenation level dependent) signal is recorded by the MRI scanner. The more active the brain region, the greater the oxygen level and the BOLD signal. 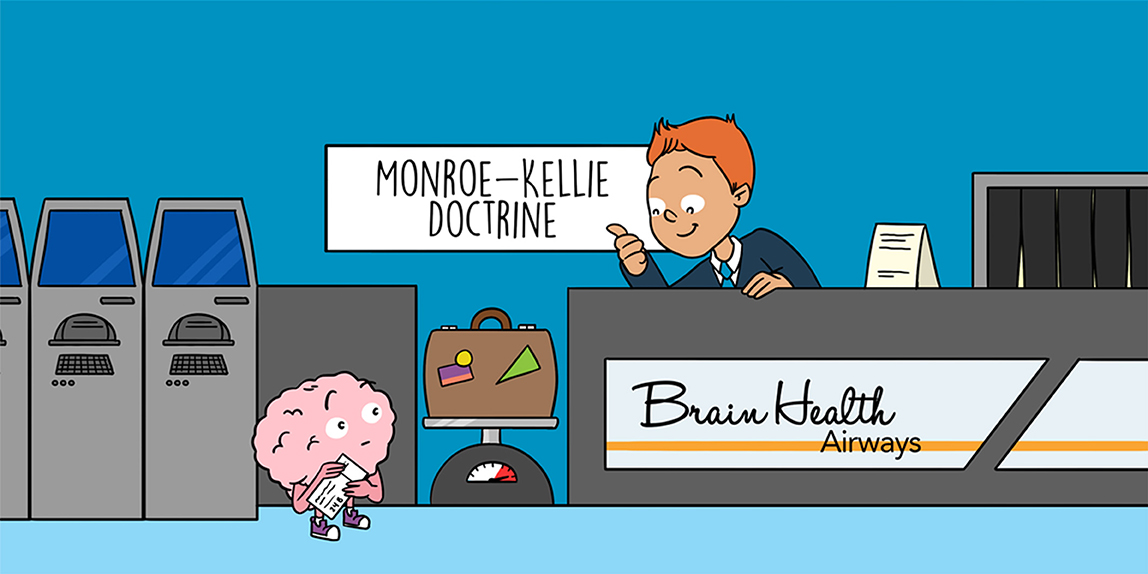 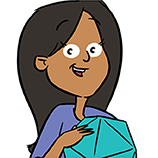 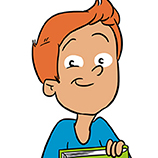 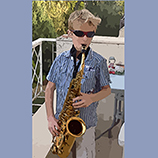 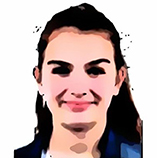