Do Bacteria Change Their Language When They Enter the Body Through Wounds? Answers From Bedbug Experiments 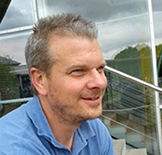 I am an evolutionary biologist currently working at the University of Bayreuth in Germany. My research looks at how reproduction and immunity are connected. I do this by combining studies on host-parasite interactions and on the conflict between males and females. I am also interested in how ants and bumblebees use their venom to defend themselves from microbes. When I am not working, I like to spend my time with my family or go bird watching. *oliver.otti@uni-bayreuth.de 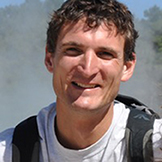 I am a microbial ecologist at the University of Kiel, Germany. My research explores the different interactions between hosts and microbes, which include predator-prey, host-pathogen, and symbiosis. Currently, I study the ecological and evolutionary dynamics of microbes in microbiomes and the interactions between microbiome members. 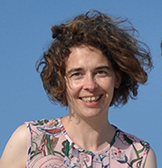 I am an evolutionary biologist, working at the University of Kiel in Germany. Currently, I am mainly studying the evolutionary origins of multicellularity, which means the transition from single-celled organisms to organisms that are composed of multiple cells, such as animals, plants and other complex life forms. As all known transitions are ancient and thus difficult to research, I use single-celled bacteria to evolve simple multicellularity in the laboratory. 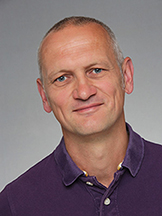 I am a professor of applied zoology at the Technical University of Dresden in Germany. I study sperm biology, the evolution of new species, and the conflict between males and females in insects. I think that it is important to understand how reproduction works, because it gives us insight into the evolution of the different reproductive tactics found in males and females. The study of reproduction can also help us better understand how species evolve.

I love to swim, I love the color purple, and also love science. I have dyed my hair purple, and just cut my hair really short. I have two pets, a dog named Marco and a cat named Polo. They are the cutest pair. My favorite kind of ice cream is mint chip. I also love cooking. I am also a girl scout and my favorite girl scout cookie is thin mints. Bacteria live almost everywhere on earth, even within and outside animals, including insects and ourselves. Some bacteria help us digest our food, but others do harm and cause infections and illness. If we are injured, bacteria from the outside can enter our bodies through our wounds. The body will then fight against the incoming bacteria and this fight affects our own, useful bacteria in two ways. First, the fight harms both the incoming bacteria and our own helpful bacteria. Second, because the incoming bacteria may also be bad for the useful bacteria, our own bacteria might fight against the incoming ones. To do so, they use special molecules to talk to each other—a little bit like we use words. We studied the conversation of bacteria of the bedbug because it is an animal that is wounded very often. We wanted to understand how bacterial conversation changes when new bacteria enter the animal’s body. We found that females had different species of bacteria before they were wounded compared with after they were wounded. We also found that the bacteria communicated differently after the females were wounded. Our study helps people to understand how an animal’s response to wounds and the communication of the bacteria in that animal work together.

All organisms, including animals, live in close relationships with bacteria. Bacteria can live on any surface of the animal, residing within or between its cells. Some bacteria can only be found in specific organ systems, like light-producing bacteria in the light organ of bobtail squids or the bacteria in the cow stomach. The community of bacteria and other microorganism or microbes (microscopic organisms) that live in a particular environment, such as inside an animal, is called a microbiome. When we talk about an animal (called the host) and its associated microbiome, we call it a metaorganism [1]. Scientists have realized that it is important to study how microbiomes affect the health and reproduction of hosts.

Many interactions with bacteria from the environment happen on the host’s skin. When the skin is damaged by an injury, bacteria from the environment might enter the wound and spread inside of the host organism. In some species, wounding happens regularly, such as during fighting. In other animals, wounds occur during mating. Bacteria also live on male and female reproductive organs and can be transferred between the mating partners. This is true for many animal species, such as insects, birds, and humans [2]. How animals prepare themselves for bacterial attacks after mating and how the host’s microbiome behaves toward the bacterial invaders is still largely unknown. In some metaorganisms, the local microbiome helps the host by fighting the invading bacteria. The bacteria of the local microbiome do this by talking with each other (called quorum sensing) and by stopping the communication of the invading species (Figure 1). We know that this communication helps to maintain both the stability of the microbial community and the stability of the entire metaorganism [1]. However, we do not know much about how this communication between the microbiome and the invading bacteria happens.

Why Do Bacteria Communicate?

Can the Host Talk Back to Its Bacteria?

Making things even more interesting, the host itself can interact with the invading bacteria. Because bacterial attacks can be very bad for hosts, hosts can disturb bacterial communication to reduce how quickly information spreads among infecting bacteria, or to disturb bacterial growth in order to prevent infection. For example, hosts can increase the temperature, the acidity or even the stickiness of the tissue where bacteria are living, to reduce the ability of the bacteria to grow.

We do not know much about these two forms of bacterial communication yet—communication between bacteria themselves and between the microbiome and the host. The experiments we will tell you about here take the first step in that direction: in the bedbug, which experiences regularly wounding, we examined the bacterial side of communication, before and after such host wounding.

How Do Bedbug Males Wound Females During Mating?

The common bedbug is about 5 mm long, brown and looks a bit like half a lentil. It hides in cracks and hollow spaces of beds or bedroom walls, as it likes to feed on human blood. Every now and then bedbugs come out at night and feed by sucking blood from a sleeping human. Bedbugs need six such bloodmeals to become adults. The male bedbug has a needle-like mating organ (called the paramere) with which it stings the female (cuts her skin and makes a wound) every time they mate [4] (Figures 2A,B, 3). This mating behavior is called traumatic insemination. It sounds bizarre, but it is actually found in quite a few animals [5]. Bacteria have been found on the male’s paramere and can be transferred to the female. Sometimes, this causes the female bedbugs to die [3, 6]. In response, females have evolved an immune organ called the mesospermalege. This organ is filled with immune cells and helps females to live longer, despite the bacteria. One difficulty for our experiment was that female bedbugs often mate after they have fed—therefore, we needed to come up with an idea to make sure we only looked at the effects of wounding, not of feeding.

We had three objectives for our experiments: (1) to identify the bacteria living on the reproductive organs of the bedbug; (2) to study how wounding and feeding affects the microbiome of female bedbugs; and (3) to figure out if the bacteria in the bedbug’s microbiome can communicate with each other.

We studied the bacteria of eight different bedbug populations by culturing them in Petri dishes (little plates filled with solid food for bacteria to grow on) (Figure 2A). We identified all the bacteria from the environment of the bedbug, and also from the skin of males and females, the male paramere, the female blood, and the mesospermalege (Figure 2A). We also compared mated females with females that had never mated, so that we could look separately at the effect that feeding and wounding had on the microbiome.

In total, we found twenty different bacterial species. We found 10 in the bedbug environment, 11 in female organs and only two on the male paramere. Some species were found in more than one location. The number and type of bacteria was different between mated and non-mated individuals, between fed and non-fed females and between organs. Only 30% of mated females had bacteria in their mesospermalege, while 62% of females that had not mated had bacteria there. We saw the same pattern in the blood (20% of mated females and 31% of non-mated females had bacteria). The number of bacterial species was higher for females that had mated compared with non-mated females (7 vs. 3 species). Females that had fed were also more likely to have bacteria (7 of 8 females) than unfed ones (3 of 8 females). No bacteria were found in females that were mated but unfed. Some of these results were a little surprising to us, but our findings that males and females carry different microbiomes agrees with findings in many other species, such as humans, mice, and mosquitoes. Finding fewer bacteria in the mesospermalege after mating suggests that this female organ might play a central role in the control of bacteria by the female’s immune system.

What Did We Learn About Bedbugs and Their Bacteria?

The microbiome is an essential component of every animal, including bedbugs. It undergoes certain changes due to the wounding that occurs during mating. We showed that the differences between males and females, as well as the bedbug feeding and mating behaviors, strongly affect the mix of bacterial species in the microbiome and the ability of those bacteria to communicate. Our findings looked at one side of the quorum sensing communication—that of bacteria. Future work could test whether quorum sensing can also be carried out by the host cells. Generally, bedbugs might be a good system for studying how quorum sensing communication works in a natural system.

Microorganism or Microbe: ↑ A microscopic organism occurring either as a single cell or as a group of cells (colony).

Environment: ↑ The surrounding of a living being including all factors that affect its survival, development, and reproduction, such as temperature, humidity, food availability, predators, microorganisms, and availability of mating partners.

Microbiome: ↑ A collection of bacteria living together and interacting with each other in a defined space.

Metaorganism: ↑ The host organism and all of its associated microbes.

Paramere: ↑ A part of the external reproductive organ of male insects. In bedbugs this external part forms a needle-like mating organ with which the male bedbug stings the female (cuts her skin) every time they mate.

Mesospermalege: ↑ An organ unique to the bedbug family. Bedbug females have evolved this immune organ in response to the mating stings by the males. This organ is filled with immune cells and helps females to live longer.

We thank Lina Emmy Kempke and Minna Hayter, two 12 years-old students from Dresden and Sheffield, for their valuable comments on the last draft of our manuscript, especially also for weeding out the jargon and improving the glossary.