Is Atherosclerosis a Disease of Modern Times? 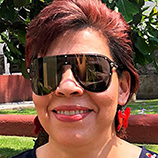 I am a cellular biologist with experience in the functioning of the liver, biological membranes, and the amazing molecule called cholesterol. I recently realized that atherosclerosis is a condition that has been present in human populations for thousands of years. I think that young people who like topics related to health and archaeology may be interested in this information, so I decided to share it. I hope you enjoyed this article. *bdelgado@ifc.unam.mx

Hello, I am Saanvi, a 12 years girl from India. I like reading, cats, and beaches. I love to write my name in wet sand! 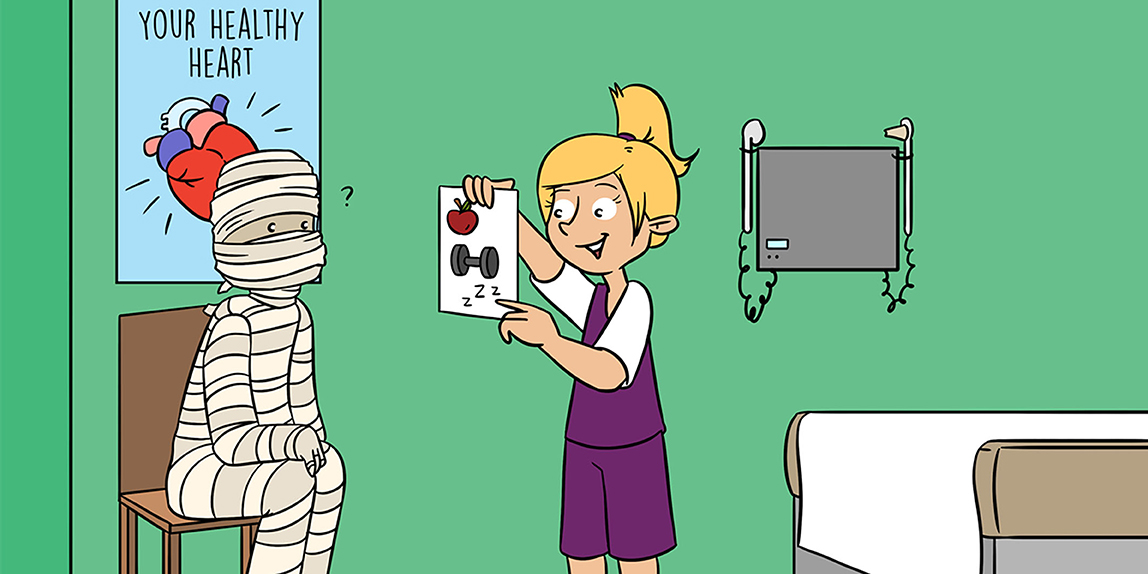 Atherosclerosis is a complex process in which lipids (fats) accumulate in the large arteries. Over time, the arteries become thick and hard, which makes heart diseases more likely. According to the World Health Organization, heart disease is the leading cause of death worldwide. It is tempting to think that atherosclerosis appeared only recently in human history. Fortunately, the remains of ancient human populations can help us to know whether or not that is true. Let us see if the mummies can tell us whether atherosclerosis is a modern disease or not…

Why is Atherosclerosis Important?

According to the World Health Organization (WHO), heart disease is the leading cause of death worldwide. Four of five deaths related to diseases affecting the heart or blood vessels (cardiovascular diseases) are due to heart attacks or to a reduced blood supply to the brain1 Most people think of being overweight or obese as being a risk factor for this kind of disease. This article will focus on understanding the most common process behind these deadly cardiovascular diseases. This process, which we cannot see with the naked eye, occurs in the arteries, and it is called atherosclerosis.

Atherosclerosis is the process by which the arteries thicken and harden due to the accumulation of lipids (fats), mainly cholesterol. The first step in the process is when fatty streaks appear in cells that line the insides of the blood vessels, and nearby cells react, producing chemical warning signals. These chemical warnings active the body’s defense mechanisms, including specialized cells called macrophages that can detect and catch small particles and dead cells. Once the fatty streak appears, the macrophages allow particles that are transporting cholesterol to enter them. These fat-filled macrophages have then a foamy appearance and scientists call them foam cells. In this case, the overwhelmed macrophages cannot really help! This causes the production of fibrous tissue and establishes what is called an atheroma, which looks like a fatty lump. As the lump grows, it makes the wall of the artery thicker and it also accumulates calcium, through a process called calcification, which makes the artery tissue harder and less flexible. In the worst case, the atheroma breaks and releases its content (Figure 1). When people develop atherosclerosis, large arteries can be blocked by these atheromas, which affects blood flow. When a blood clot suddenly blocks an artery, this causes a heart attack.

You might have heard that good eating and exercise habits promote a healthier life, and that is true. However, there are other factors that increase the likelihood of atherosclerosis, such as a person’s genes or environmental factors like air pollution or stress. Is atherosclerosis a problem for children? There is evidence showing fatty streaks even in infants and children. But do not worry, these streaks disappear during adolescence. In fact, doctors say that we should not restrict fats in children’s diets [1]. It is good to remember that kids are always active and need a lot of energy. In adults, it is a different story, particularly when they have several dangerous habits, such as an unhealthy diet, low levels of physical activity, and use or abuse of tobacco and alcohol.

The WHO recommends things that each individual can do to prevent cardiovascular diseases, for example, exercising and not eating too much junk food rich in fat, sugar, or salt. Also, governments help by designing strategies to reduce the harmful use of alcohol, by providing places to exercise (like walking and cycling tracks) and by providing healthy meals to schoolchildren. The government can also apply extra taxes to junk foods!

How Does Cholesterol Accumulate in Our Bodies?

Cholesterol is a lipid that is necessary for several functions in our bodies. Cholesterol is so important that, when it is not available, our liver can produce it! Production by the liver allows the balance of cholesterol in our bodies to be maintained. Cholesterol is important because it is part of the membranes of every cell. Also, it participates as one of the first steps in making important messenger chemicals called hormones.

If we need cholesterol, why is it related to bad health conditions? It is a matter of balance. If you eat a lot of food (even healthy food) and you do not use the energy, you will accumulate fat, including cholesterol. Fat can be stored in our bellies and love handles and it is one factor that promotes atherosclerosis and other diseases. Many people think that atherosclerosis is a relatively recent disease. But evidence from the past shows that this is anything but true.

Over 100 years ago, in 1911, the scientist Marc Ruffer studied Egyptian mummies using techniques that allowed him to stain cell structures in different colors and observe them under a microscope [2]. In this way, Ruffer described the first signs of atherosclerosis in ancient humans. Now, we know that the disease was present even in 4,000 BCE—over 6,000 years ago!

This topic turned out to be so exciting that medical doctors who were interested in archaeology organized a scientific club, the Horus Study (Horus refers to a god in Egyptian mythology). Their only goal was to investigate whether or not ancient Egyptians had atherosclerosis. To achieve their goal, these scientists took advantage of the excellent preservation of the mummies. Nowadays, this team can study the remains of past civilizations with more advanced techniques, such as computerized tomography (CT). CT is commonly used by doctors to make diagnoses. This technique takes X-ray images from different angles and makes a 3D reconstruction of a whole body. That is why CT can reveal details that common X-ray machines cannot capture (Figure 2).

Using CT, the Horus team studied mummies housed in an Egyptian museum. In mummies that had preserved cardiovascular structures, they found different degrees of atherosclerosis and even some arterial calcification [3]. Other human remains from Egyptians and other ancient populations from Peru, the Aleutian Islands, and the USA showed atherosclerosis, too (Figure 3) [4]. On the border between Austria and Italy, the frozen remains of Ötzi were found. Ötzi lived 3,255 years ago and he also had atherosclerosis2 In Greenland, 500-years-old mummies from the Inuit population were studied [5]. Researchers found that the mummies of two of these men and two women had calcified atheromas, even though they were still young when they died.

From this evidence, we can say that, regardless of diet or gender, ancient populations had atherosclerosis. Egyptian mummies were people who had high social status, so they ate meat from different animals, but their physical habits are unknown. Regarding the Inuit population, we know that they had, and still have, a very active lifestyle, and that they eat seafood. This means that despite their good habits the atherosclerosis was present, but we cannot say that it was a generalized problem in these populations.

Because mummies are relatively well-preserved, we can use them to get information about ancient populations that would otherwise be impossible to know. This old evidence shows that atherosclerosis is not only a disease of modern times. However, we should keep a few important things in mind when we think about atherosclerosis. First, the lifespan of our ancestors was around 35 years, and now humans live close to 80 years. This means that although medicine has helped to improve our quality of life, a longer lifespan can increase the possibility of developing atherosclerosis. Second, environmental conditions today are very different than they were in the past, and they present different challenges, which could partially explain why atherosclerosis is in our days the leading cause of cardiovascular diseases. And, importantly, the lifestyle many humans have today, including poor eating habits and low physical activity, seems to have a bad influence on our health. That is why I invite you to take care of your health and protect yourself from atherosclerosis from now on.

Atherosclerosis: ↑ A condition in which the arteries thicken (which narrows the space inside the vessels where blood flows) and harden, due to the establishment of an atheroma.

Lipid: ↑ A type of fat molecule.

Cholesterol: ↑ A type of lipid that form part of cell membranes and also helps to make hormones.

Foam Cells: ↑ A type of macrophages that after eating an excess of particles loaded with cholesterol in the blood vessels, show a foamy appearance.

Atheroma: ↑ The part of the inner layer of an artery wall where lipids accumulate.

Calcification: ↑ A calcium deposition in the arterial wall, that is considered as a sign of atherosclerosis.

Computerized Tomography: ↑ A procedure to reconstruct 3D images by combination of many X-rays from different angles.

The bibliographic resources used in the preparation of this work were provided by the UNAM. I would like to thank Frontiers for Young Minds for encouraging our young ones to read and learn about science and Patrick Weill for his excellent editorial work. All figures included in this article were designed with BioRender.com.