Stuttering and Its Invisibility: Why Does My Classmate Only Stutter Sometimes? 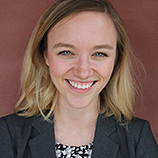 I am a researcher at Western Michigan University. I enjoy learning about the day-to-day experiences of people who stutter. I have worked as a speech-language pathologist at several camps for kids who stutter. In my free time, I like to explore the outdoors and spend time with my dog. *hope.gerlach@wmich.edu 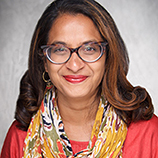 I am an associate clinical professor at the University of Iowa. I teach graduate students to work with children and adults who stutter. In my free time, I like to read, spend time with my family, and walk with my dogs. 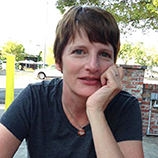 I am a person who stutters and a teacher of students with disabilities. I live in Georgia with my husband and daughter. I love to run, cook, draw, read, and write. I am a co-leader for the Athens National Stuttering Association Chapter, and I write a blog about being a teacher who stutters. 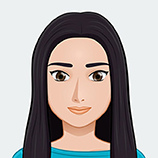 I am Hrishika and I love animals. I like reading realistic fiction and I want to become a doctor when I grow up.

The fourth grade scholars from Pacheco Elementary, a dual immersion school in California, are learning in English and in Spanish. They enjoy learning about the experiences of different kids, listening to funny read aloud books, conducting science experiments, solving riddles, going on field trips, and dancing Zumba. 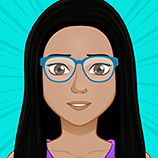 My name is Priyanka and I enjoy reading, drawing, and imagining creative stories about fantasy and magic. My favorite animals are dragons and snakes and other reptiles. When I grow up I want to become a children’s book author and illustrator. 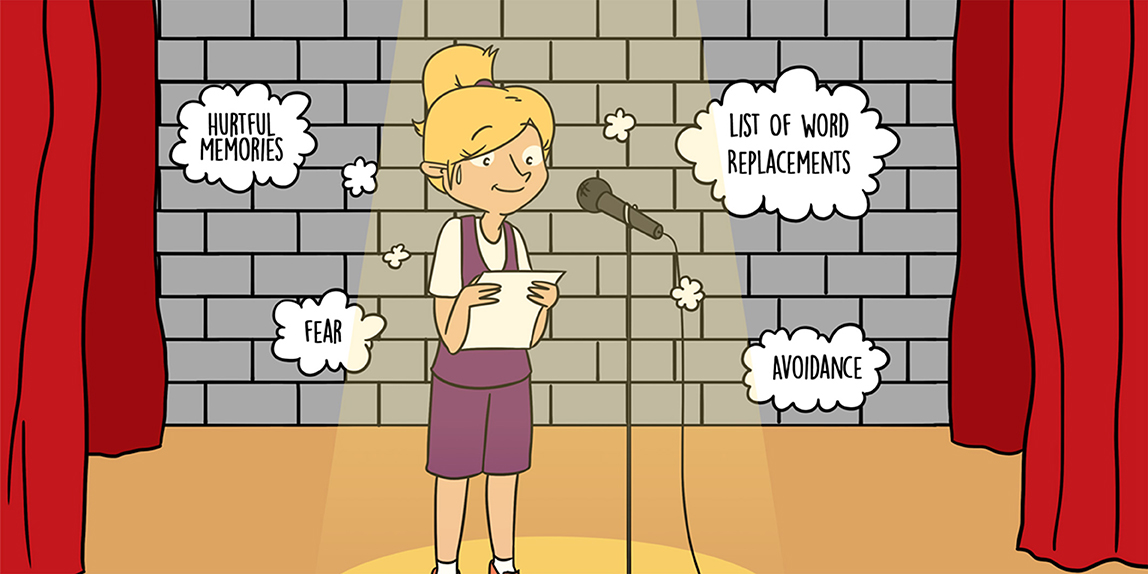 For many people, talking is something that requires little effort. We rarely think about the complicated ways that the brain, jaw, tongue, lips, lungs, and vocal folds work together to produce speech. How might your life be different if it was difficult for you to say your name? For people who stutter, talking is not always easy. In this article, we will discuss what stuttering is and why it is an invisible condition. We will also describe ways to support people who stutter.

Stuttering is a communication disorder that affects the fluency of a person’s speech, which means the ability to smoothly link sounds and words together. No one has perfectly fluent speech. We all produce disfluencies (or breaks in fluent speech) from time to time. For example, it is common to insert words like “um” into speech and to repeat words or phrases on occasion.

We have discussed what stuttering is, but what causes stuttering? Stuttering is a result of wiring differences in the brain. There are many factors that influence whether or not a person stutters [3]. One of the primary contributing factors is genetics. Research has shown that there is not just one gene linked with stuttering, but many genes. Around 60% of people who stutter have a family member who stutters [4]. There are 3 million people who stutter in the United States. That is as many people who live in the entire city of Chicago! Boys are three times more likely to stutter than girls, and most people start stuttering when they are preschool age [5].

In What Ways is Stuttering Invisible?

There are two important reasons why stuttering can be considered an invisible condition. First, stuttering is variable. If something is variable, that means that it changes over time. For example, the weather in the state of Michigan during fall is variable because it can be cool in the morning and scorching hot by lunch time. Similarly, stuttering is variable because most people who stutter only stutter sometimes, and the rest of the time their speech can sound smooth or fluent. For people who stutter, this variability can be challenging. They may not know what their speech will sound like from day to day or even from one conversation to the next!

The variability of stuttering can also be confusing for listeners. Just because people who stutter can speak fluently sometimes does not mean that they can speak fluently all the time. If you have a friend who stutters, you may notice that she does not stutter very much in some situations but stutters a lot in other situations. Although it is completely normal, the variability of stuttering can be hard for kids, teachers, and even parents to understand! Regardless of whether we can see or hear a person’s stuttering, what they have to say is important and worth listening to.

The second reason why stuttering can be considered an invisible condition is because it is concealable, which means that it can be hidden from others [6]. Sadness is another example of something that is concealable. Similar to stuttering, we may sometimes feel sad on the inside but try to hide our sadness from other people on the outside. Sometimes people who stutter get a feeling that they are about to stutter on a word right before they say it. Because they sometimes know when they are about to stutter, they may choose to change that word to hide their stuttering. For example, if a person has a feeling that they will stutter on the word “p-p-p-puppy,” they may choose to say “dog” instead. Some people are skilled at hiding their stuttering, but it may result in them holding back and not saying what they want to say. Sometimes the consequences of concealing stuttering are even bigger, as illustrated in Figure 2.

What Are Some Challenges That People Who Stutter Encounter?

One reason why some kids may not talk about their stuttering is because they may have been treated badly for stuttering in the past. Most people who stutter have had to deal with microaggressions related to stuttering. If we break that word down, “micro” means small, and “aggression” refers to hurtful attitudes or behaviors. Thus, a microaggression is when someone says or does something that seems small and harmless but is actually hurtful toward a specific group of people. People who commit microaggressions do not always do so on purpose. For example, when people are not familiar with stuttering, they may think it is best to interrupt and guess what people who stutter are trying to say. This experience can be frustrating for people who stutter because they know exactly what they want to say. They sometimes just have trouble saying it. The illustration in Figure 3 provides an example of a microaggression that could happen in real life.

What Are Some Ways to Support People Who Stutter?

You can support your friend or classmate who stutters by being kind, respectful, and patient. Here are a few other examples of how you can be supportive of people who stutter:

Stuttering: ↑ A communication disorder or way of speaking that impacts a person’s ability to smoothly link sounds and words together.

Fluency: ↑ The ability to smoothly link words and sounds together in speech.

Disfluencies: ↑ Breaks in fluent speech that are common among all speakers.

Stuttering-like Disfluencies: ↑ Disfluencies that are unique to people who stutter, including repetitions, prolongations, and blocks.

Associated Behaviors: ↑ Things that people who stutter do when they experience the feeling of loss of control while stuttering.

Variable: ↑ When something changes over time.

Concealable: ↑ When something is able to be hidden from others.

Microaggression: ↑ When someone says or does something that seems harmless, but is actually hurtful toward a specific group of people.

The authors would like to thank Jack Gunderson and Josette Tugander for their comments on the initial draft of this manuscript. We also wish to extend gratitude to Anthony Wislar for adding color to the illustrations.

Why Is It Difficult for Young People With HIV to...

HIV is a virus that attacks the immune system and weakens a person’s ability to fight infections. There are around 37... 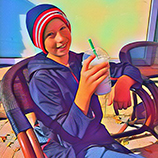 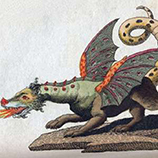